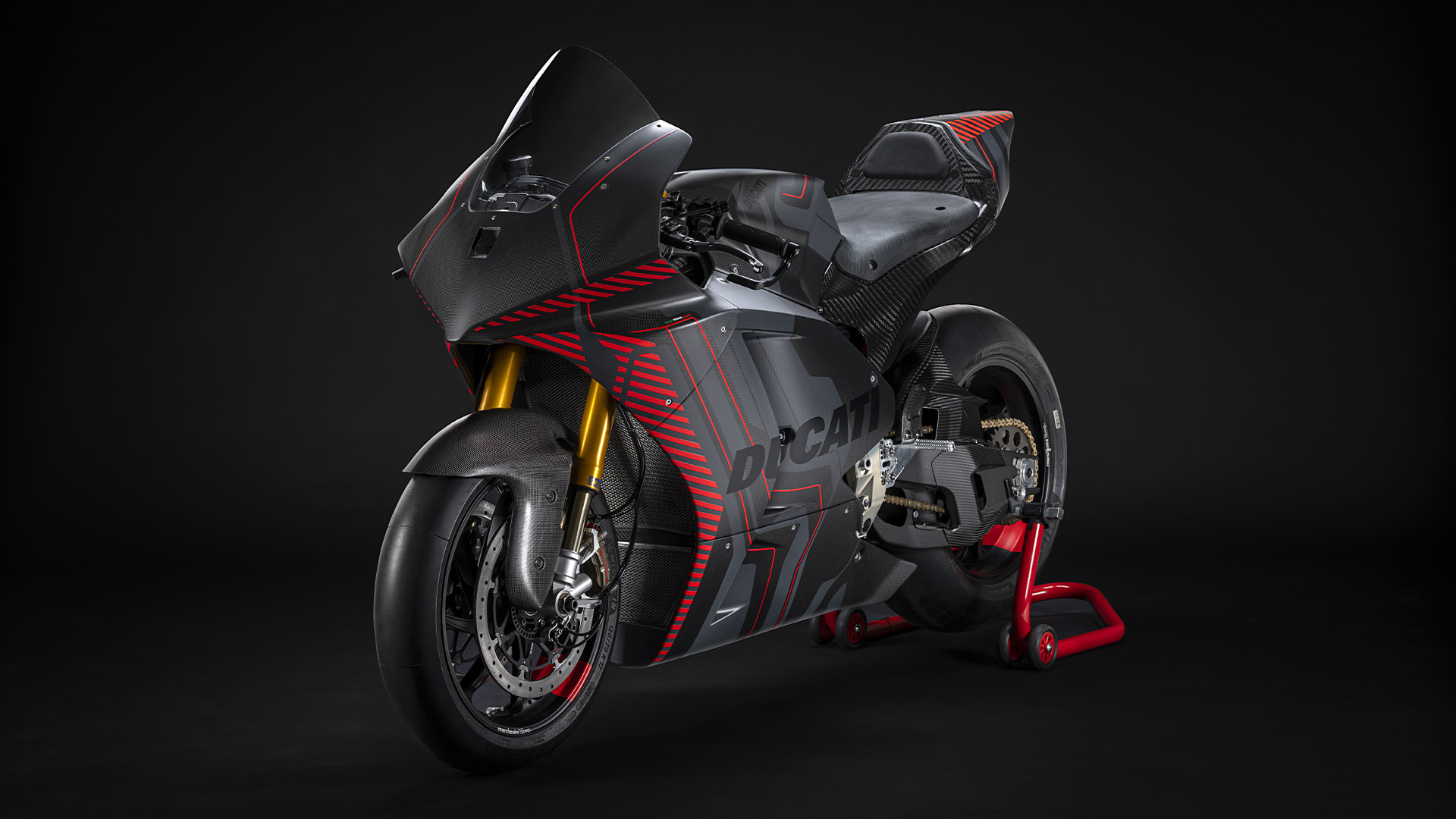 In a recent YouTube video, Ducati outlined its progress on a new electric race bike which will be supplied to the MotoE racing series.

While the motorcycle industry has been slow to introduce electric options, with only Zero Motorcycles and the Harley-Davidson Livewire being usable options on the market, Ducati is now joining in with the introduction of its new MotoE bike. It will be the sole bike supplied to the new racing series.

The electric prototype, largely based on the MotoGP Ducati Desmosedici race bike, is now being track-tested. Many specifications of the bike were revealed in the video. First off, the bike uses an 18kWh battery using 800-volt architecture, and it is capable of charging at a rate of 20kW.

The powertrain with a custom motor design is capable of delivering 147 horsepower and 103 foot-pounds of torque, allowing the bike to hit a top speed of 170 miles per hour. The bike keeps weight just below 500 pounds (496) via the use of a carbon fiber frame/battery casing, carbon fiber fairing, and a carbon-fiber/aluminum hybrid swing arm.

Ducati didn’t address the range of the bike or how long it could feasibly stay on the track. More details may be released later as Ducati engineers state that the bike is only about 75% complete as of now.

These specs place the bike in an interesting place relative to the competition. Compared to gas-powered bikes, Ducati’s MotoE bike is still far heavier despite its use of novel weight-saving measures. Even the top of the line consumer Ducati Panigale Superleggera V4 weighs roughly 160 pounds less (according to the gas bike’s “dry weight”).

Yet amongst other electric motorcycles, Ducati’s MotoE race bike is a game-changer. Compared to the Harley-Davidson Livewire, Ducati’s bike makes 47 more horsepower and generates 19 more foot-pounds of torque while weighing roughly 50 pounds less.

Compared to the sportbike-designed Zero Motorcycles SR/S, the MotoE bike makes 37 more horsepower but 30 foot-pounds less of torque. It also weighs roughly 10 pounds less. The torque discrepancy likely has to do with gearing as the Zero is limited to only 124 miles per hour.

Electric motorcycles are clearly becoming more advanced as motor and battery technology improves. It is clear that these smaller form factors are most affected by the weight that they must carry and the range they are attempting to replicate from their gas-powered counterparts. With solid-state batteries coming in the (hopefully near) future, these form factors will have the most to gain.