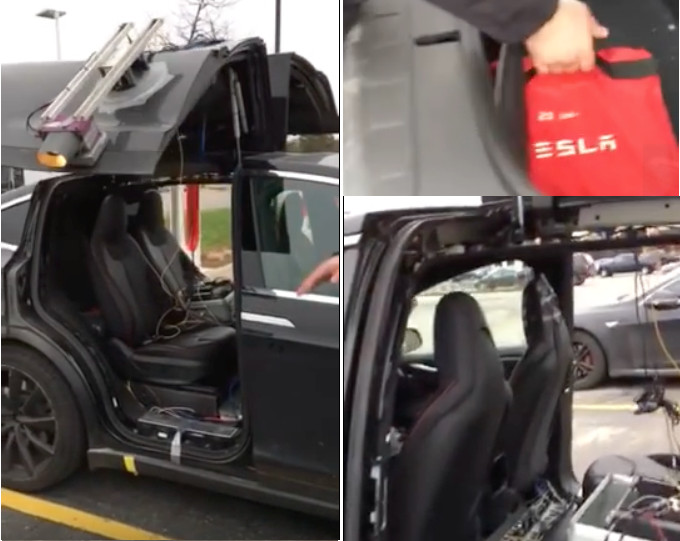 A video has surfaced on YouTube that shows a prototype version of the Model X undergoing what appears to be a series of tests. According to the description of the video, the Model X is reportedly being tested in Ann Arbor, Michigan by an independent company for its brakes.

Seen in the video are sensors mounted to the electric crossover’s signature falcon wing doors, but what’s unclear is whether or not these doors are from Hoerbiger, the German parts maker being sued by Tesla over its inability to deliver on its design promise.

The trademark falcon doors are without doubt one of the most unique and striking features of the Model X, and arguably one of the most sophisticated assemblies on the vehicle. Loaded with sensors and capable of opening independently of one another within the tightest of parking spaces, the falcon wing doors are remarkable in its own right.

Check out the number of sensors and test equipment installed on this Model X prototype.