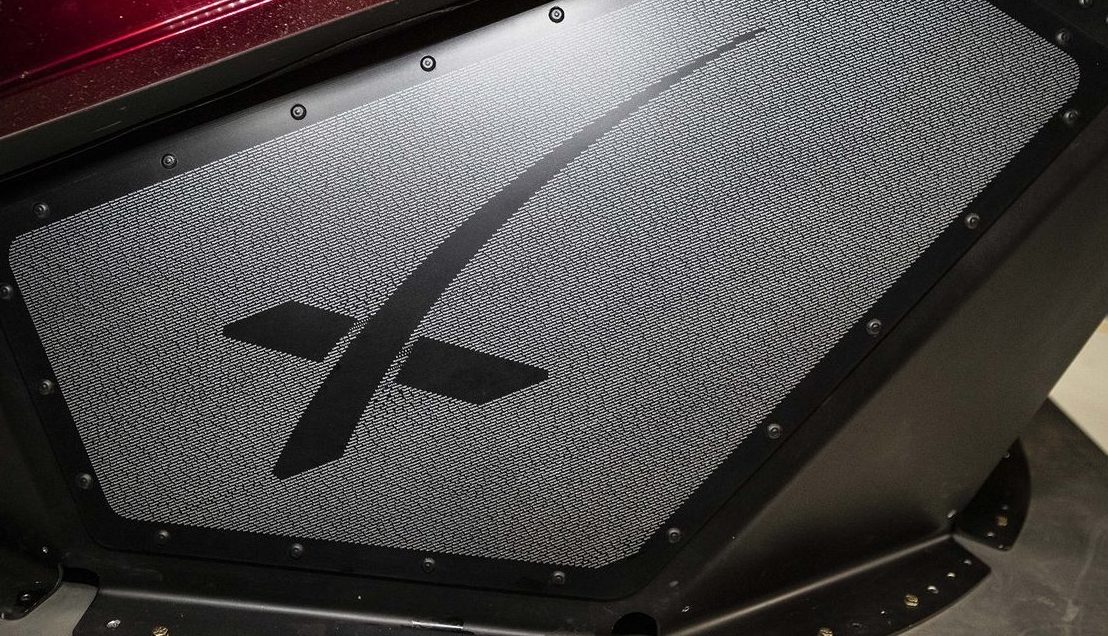 It is pretty strange to think that Elon Musk’s personal Cherry Red Tesla Roadster has been exploring deep space for a year now. Since being launched in the incredible maiden flight of SpaceX’s now-iconic Falcon Heavy, Elon Musk’s Roadster and Starman, its mannequin driver, has traveled almost half a billion miles around the Sun. As revealed recently by the private space company, the electric sports car is carrying what appears to be one final easter egg in its journey — a plaque featuring the names of SpaceX employees.

Images of the Tesla Roadster and Starman’s unique cargo were shared by the SpaceX Jobs Twitter account yesterday, exactly one year following Falcon Heavy’s inaugural launch. The names are laser-engraved to the base attached on Starman’s Roadster, and are arranged to form SpaceX’s logo.

The names of SpaceX employees are riding along with Starman on his journey through space pic.twitter.com/KQLqEEodkI

Starman and his Tesla Roadster have traveled a great distance over the past year. As noted by tracking site whereistheroadster.com, the electric sports car and its mannequin driver have traveled approximately 470 million miles (760 million kilometers) around the Sun, drifting beyond Mars in an elliptical orbit expected to last around 557 Earth days. Considering that Tesla lists a four-year or 50,000-mile (80,000 km) warranty for a used vehicle, Starman’s Roadster has pretty much exceeded his warranty about 9,500 times over the past year. Not bad for a cool mannequin traversing space.

What is truly fascinating is that Starman’s journey is really just beginning. Elon Musk estimates that his electric sports car would orbit the Solar System for about 1 billion years. That said, a study conducted by researchers and published at arxiv.org noted that Starman’s journey could be shorter than Elon Musk estimates, considering that there is a 6% chance of the electric sports car crashing into Earth within the next 1 million years.

SpaceX’s Falcon Heavy launch represented a new era for American spaceflight, and over the year, the breakthroughs presented by the successful mission is evident. Today, SpaceX is preparing to send American astronauts to the International Space Station in its Crew Dragon capsule. If SpaceX succeeds in this endeavor, the United States would once more have the capability to send its own astronauts to space. As for Falcon Heavy, the gargantuan, 27-engine rocket is also set to fly once more. This time around, SpaceX’s largest operational rocket to date would feature three Block 5 Falcon 9 boosters, increasing the chances of a fully successful recovery.