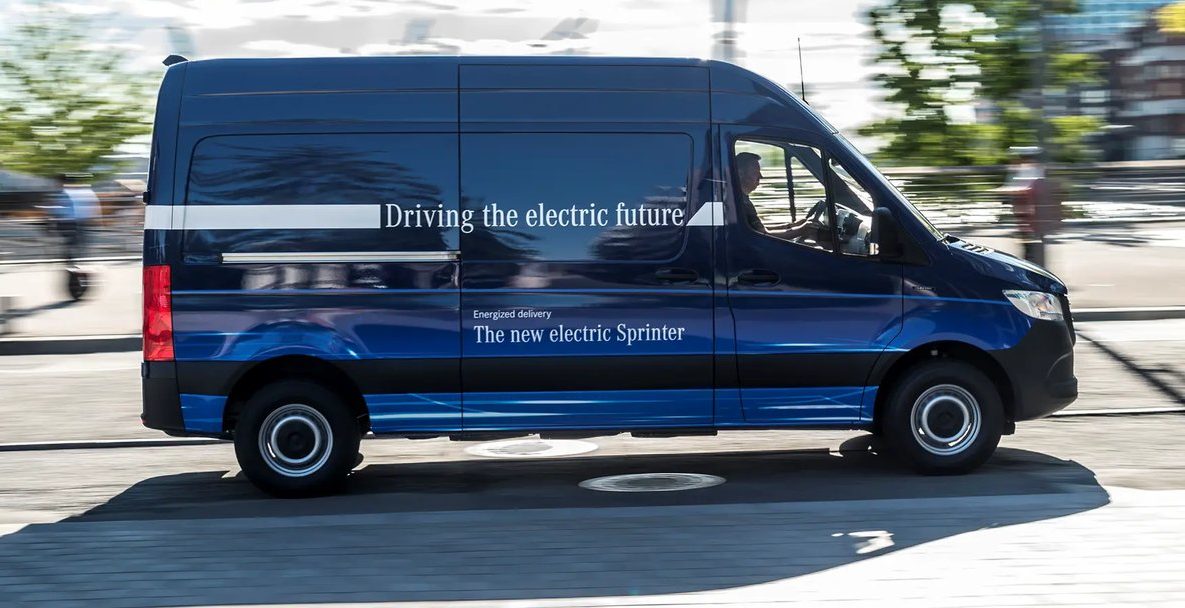 A collaboration between electric car maker Tesla and veteran automaker Daimler could be in the works. Following Elon Musk’s mention of Daimler’s Sprinter vans on Twitter last November, the two companies have reportedly been holding talks over potential cooperation for an all-electric version of the iconic van.

In a press conference in Stuttgart on Wednesday, Daimler CEO Dieter Zetsche mentioned that Tesla is indeed interested in acquiring Sprinter vans for its service fleet. The CEO further added that the outcome of the two company’s ongoing talks is still open.

“These talks are happening. The outcome is open,” Zetsche said.

Our CEO Dieter Zetsche just confirmed during the annual #Daimler pressconference that #Tesla is interested in our #MercedesBenz eSprinter for their service fleet. Ongoing talks… Read more about the Sprinter > https://t.co/CeNuABzpgc #eMobility #EV pic.twitter.com/fI6q74iH2j

Last November, Elon Musk floated the idea of working with Daimler for an electric Sprinter on Twitter. During his Twitter session, Musk noted that it would be “interesting” to work with the German automaker, even hinting at the idea of acquiring van gliders from Daimler and fitting them with Tesla components. As noted in a Bloomberg report, it was not long before the two companies began talks, starting with a series of phone calls involving Tesla’s President of Automotive Jerome Guillen, who used to work for Daimler.

In Daimler’s recent press conference, Zetsche added that Elon Musk’s enthusiasm for a possible collaboration with the German carmaker was partly spurred by feedback from Tesla’s technicians, some of whom utilize Sprinter vans when servicing customers. That said, the Daimler CEO did not clarify if the potential collaboration with Tesla would result in a joint development of a completely new all-electric van, or if the California-based company would simply acquire Sprinters for its service fleet.

Lot on our plate, so it’s either get van gliders (no battery, powertrain or compute tech) from Daimler & produce sooner or do all & produce later. Not a big difference to total vehicles produced either way. Priority list is Model Y, solar roof tiles, pickup, semi, Roadster.

Daimler is expected to release an all-electric version of the Sprinter later this year. The German-made electric van is quite robust with its maximum payload capacity of over 2,200 pounds, though its range of 93 miles per charge leaves much to be desired. That said, using Tesla’s industry-leading powertrain and battery technology could very well result in an all-electric Sprinter with closer to 200 miles of range per charge.

While the Daimler CEO’s recent statement gives the impression that no deal has been finalized with Tesla yet, the idea of a collaboration between the two companies echoes initiatives from the past. Back in 2009, Daimler invested $50 million on Tesla, taking a 10% stake in the electric car maker and practically saving it from going under in the process. Over the following years, Tesla supplied electric powertrains for Daimler’s electric Smart Cars and the electric Mercedes-Benz B-Class. Daimler would eventually stop its powertrain supply contract with Tesla in 2014, ultimately selling its stake in the electric car maker for $780 million — a notable profit over its initial $50 million investment.

As Tesla’s fleet grows with the ramp of vehicles like the Model 3, the need for more service vehicles becomes notable. While Tesla is already utilizing Model S and Model X vehicles for its service fleet, the addition of electric Sprinter vans will most definitely help the company support its growing number of customers across the globe.