In a jaw-dropping tour de force, SpaceX has successfully completed the vast majority of Falcon Heavy’s inaugural test launch. In short, the massive rocket soared through the riskiest components of its first flight with apparent ease, placing its Tesla Roadster payload into a parking orbit around Earth and landing at least two (if not all three) of its first stage boosters.

After lifting off the pad atop a fireball the likes of which Kennedy Space Center has not seen for the better part of a decade, Falcon Heavy smashed through Max-Q (peak atmospheric pressure), saw its side boosters separate perfectly, and finally sent the second stage and Tesla on its way to orbit as all three first stages began to return to land (and sea). Nearly flawless live coverage gave a million or more viewers an extraordinary ride alongside the rockets, with simultaneous views provided of all three booster recoveries, as well as the second stage’s journey to orbit. 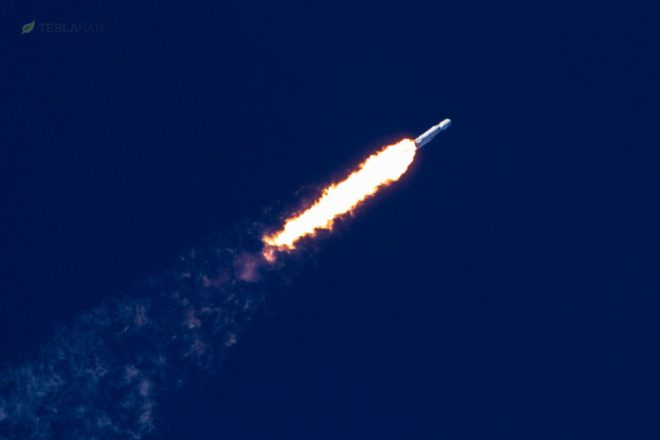 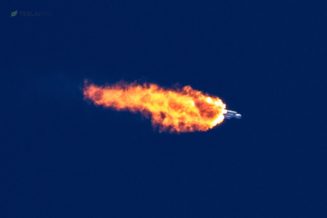 As the rocket rises above Earth’s atmosphere, the rocket’s exhaust plume starts to expand. (Tom Cross) 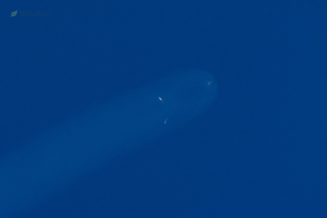 Finally, FH’s side boosters separate from the center core and begin their return to land. (Tom Cross)

Ultimately, the booster stages of Falcon Heavy flew back to Cape Canaveral just like any other “routine” Falcon 9 recovery, albeit with a synchronization so perfect that it looked exactly as if SpaceX had simply duplicated the live feed from one booster. After several minutes of burns and coasts, the booster returned to Earth almost simultaneously at Landing Zones 1 and 2 (LZ-1/LZ-2) in a spectacle without precedent. It’s best that I let the livestream speak for itself through screen captures – it must be witnessed to fully appreciate how incredible it was.

BEHIND THE SCENES: SpaceX Falcon Heavy’s breathtaking leap towards Mars in photos

In the background of the livestream was a near-constant stream of cheers from hundreds (probably thousands) of SpaceX’s Hawthorne factory employees, and the sheer excitement conveyed by the livestream’s hosts and SpaceXer audience was quite literally contagious – I know I was certainly grinning uncontrollably for a solid half an hour. While it is not yet clear if the center booster survived its own recovery attempt, SpaceX (or Elon Musk) will certainly provide an update as soon as possible as to its status. Fingers crossed that it managed to survive its landing aboard the autonomous spaceport drone ship (ASDS) Of Course I Still Love You (OCISLY). 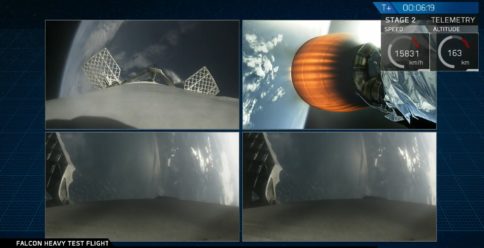 Side boosters separate and return back towards their landing pads. (SpaceX) 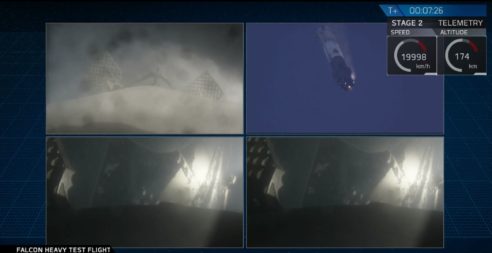 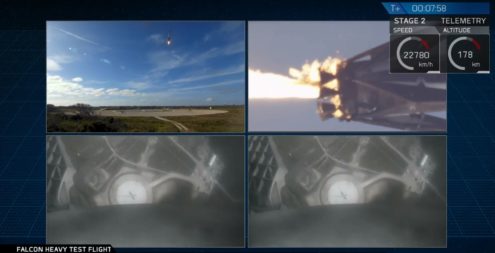 Landing burns begin for the side boosters! (SpaceX) 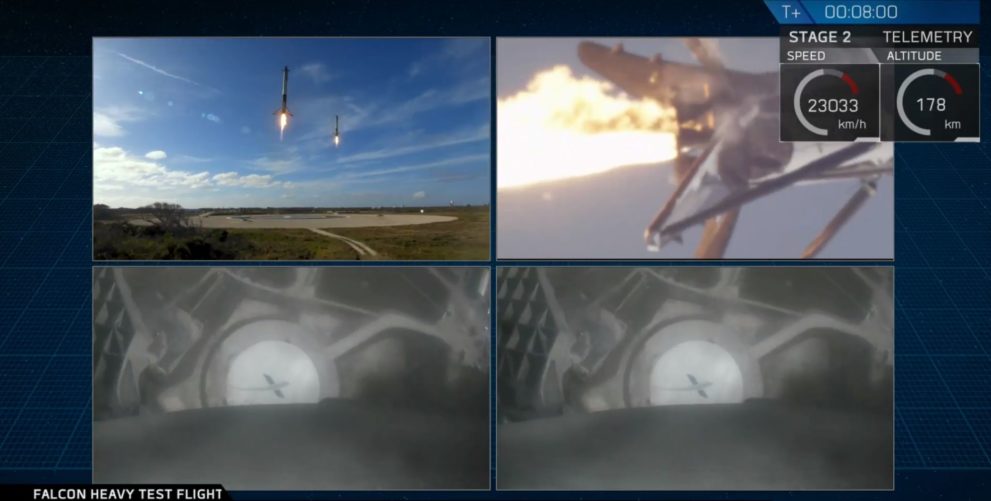 Nearing the pads, landing legs deploy on both boosters. (SpaceX)

In the meantime, Falcon Heavy’s second stage is set to perform several orbit boosting maneuvers as it circles the Earth, eventually pushing its Roadster and Starman payload beyond Earth orbit and on its way into deep space. While it won’t end up orbiting Mars, the heliocentric (sun) orbit it will be placed in is intended to pass very close to Mars at certain points. Stay tuned as SpaceX releases additional information on the state of the center booster and the upper stage’s progress towards deep space. 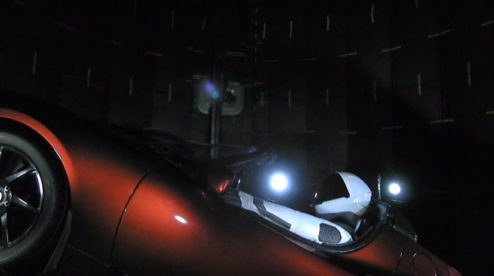 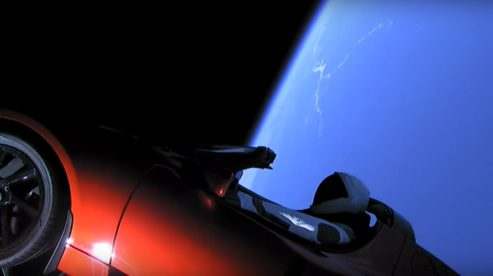 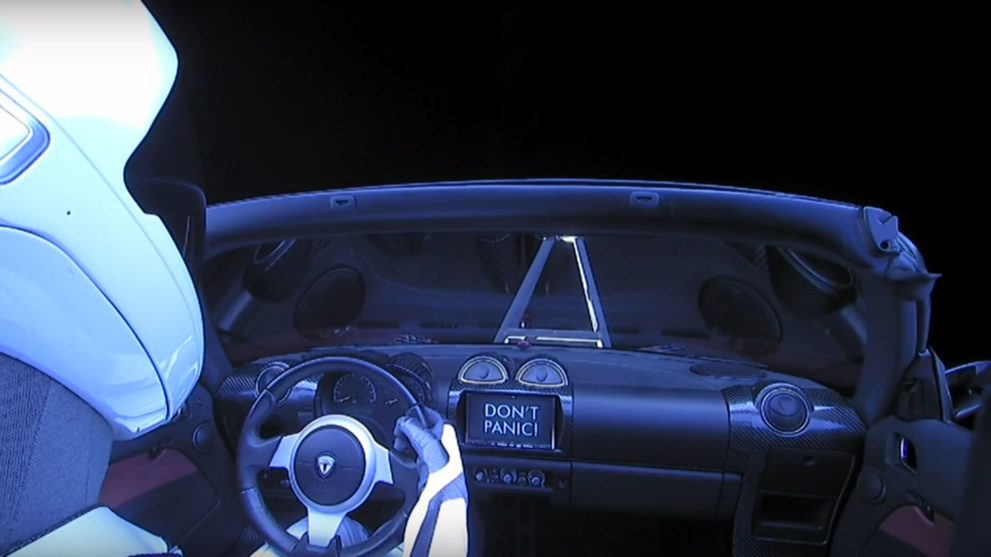 Roadster and Starman in orbit. (SpaceX) 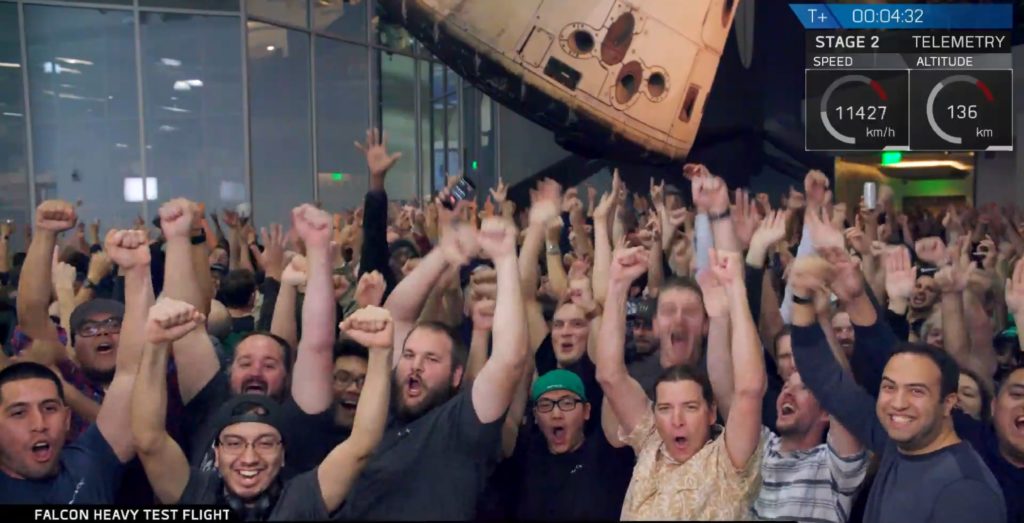