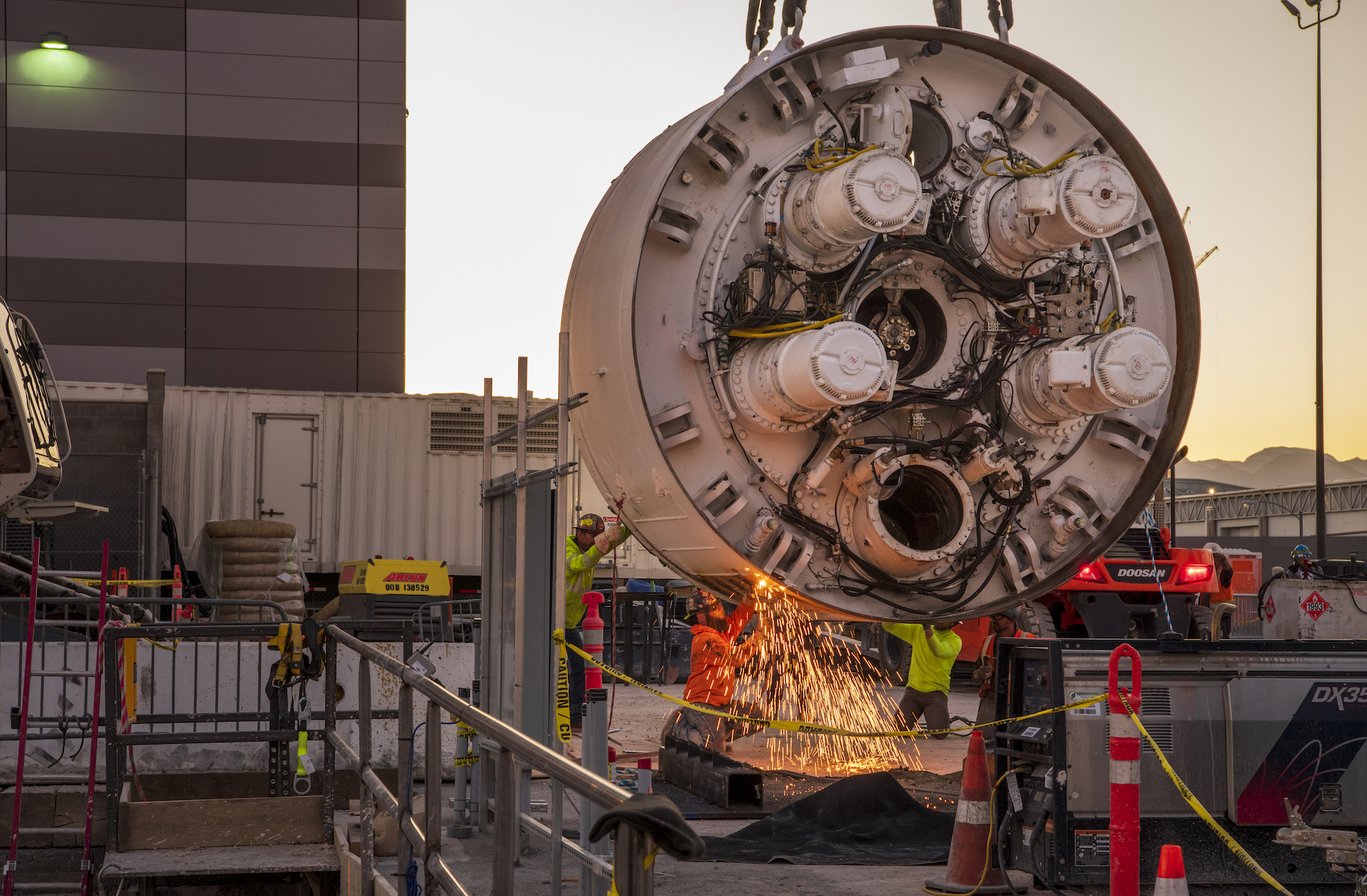 The Boring Company’s twin tunnels for its upcoming Las Vegas Convention Center Loop have been completed. With the buildout of the people-mover system largely unaffected by the outbreak of the coronavirus, the transport tunnels are still expected to be ready for public use in time for the 2021 Consumer Electronics Show.

That is, of course, if CES still happens. The ongoing pandemic has affected multiple sectors worldwide, and it has resulted in cancellations and delays for numerous high-profile events. That being said, if CES 2021 ends up pulling through, participants can be assured that they will have a convenient way to travel from one end of the LVCC complex to another.

The progress of the twin tunnels of the LVCC Loop has been quite rapid, likely thanks to innovations that have been adopted by the Boring Company. Prior to the Las Vegas project, most of the tunneling startup’s experience lay in a test tunnel that was built in Hawthorne, CA. Las Vegas will be the site of the Boring Company’s first transport tunnel system that’s designed for public use.

The completion of the two tunnels for the Las Vegas Convention Center Loop was quite remarkable. The first tunnel was finished in February, while the second one was completed this May. With both tunnels completed, workers will now focus their efforts on completing the Loop system’s stations on either end of the tunnels, as well as an underground station in the middle of the system.

With the Loop system in place, visitors of the LVCC will be able to travel from one end of the campus to another in less than two minutes, far quicker than the usual 15-minute cross-campus walk visitors usually experience. Interestingly enough, a report from The Verge has also revealed that the Las Vegas Convention Center Loop will be free of charge.

The upcoming Loop system will initially start operations using Teslas that carry passengers from one end of the tunnels to another. Steve Hill, the CEO and president of the Las Vegas Convention and Visitors Authority, noted that these vehicles would be launched with safety drivers at first, though they will eventually be allowed to operate on their own.

“Whenever we get to the point where we know that (it’s safe to let the vehicles drive themselves), that’s when we’ll take that step. But there is not a deadline for making that happen,” Hill said.

Hill also added that ultimately, the LVCC Loop may be the first of an expansive transport tunnel system that can support locations in the Las Vegas City area. “We’ve got a growing city and growing tourism base and we need all the options that are reasonably available in order to move folks, so we think all of those different options are important to maintain. And this is just going to be one more really fun one to add to the list,” Hill said.