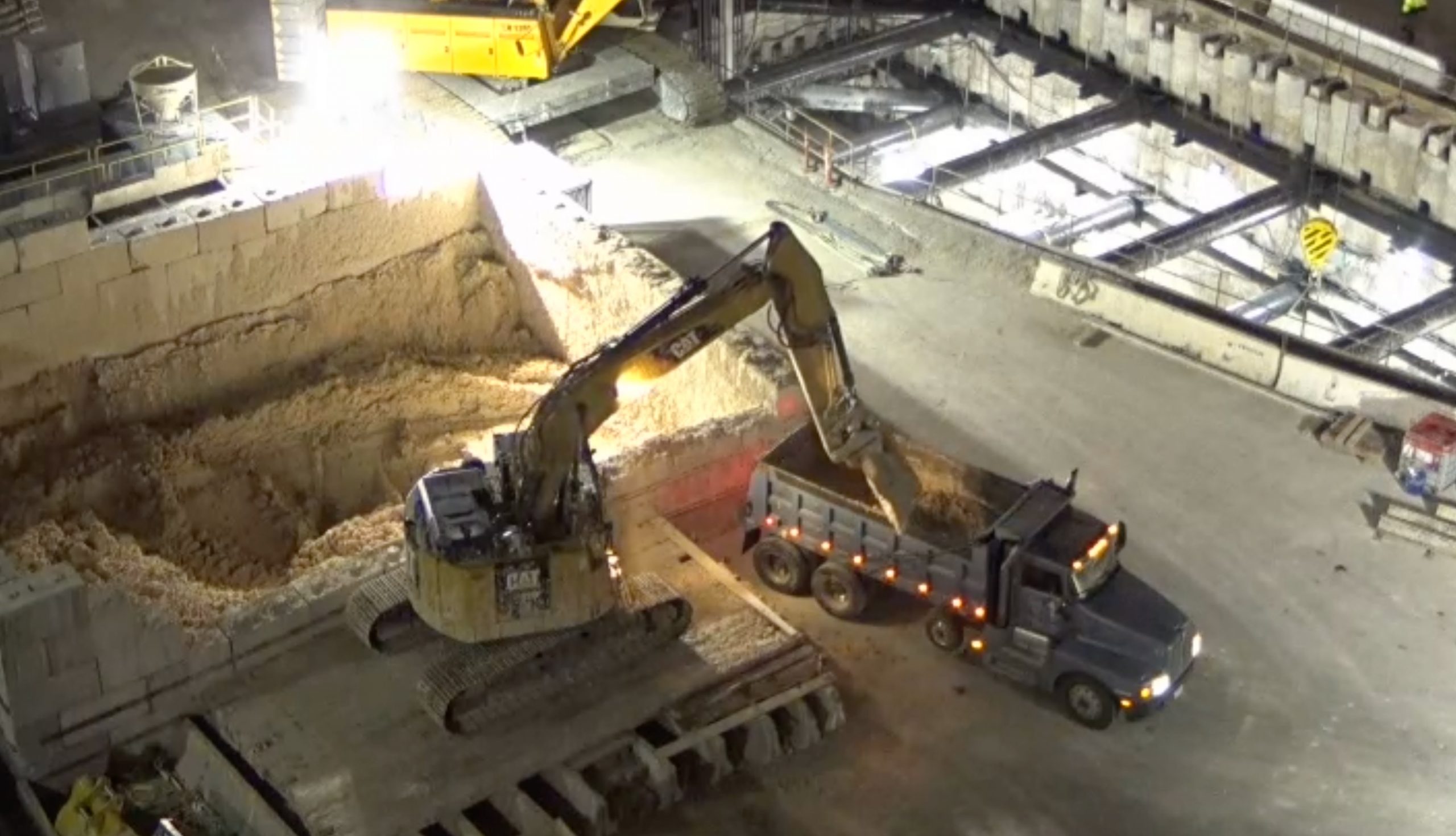 It appears that The Boring Company is employing more innovation than expected in its transport tunnel project in Las Vegas, NV. If videos of the ongoing construction site are any indication, it appears that the tunneling startup is also using Boring Bricks to build a structure near the end of the upcoming loop system’s transport tunnels.

A look at the livestream of the dig site shows that the Boring Company is building an enclosed space a few meters away from one of the transport tunnel’s stations. The structure is still being built, though it is evident that it is made up of lego-like bricks. The bricks are noticeably large too, with sections seemingly being laid by crane.

The Boring Company has not released any updates about its Las Vegas dig site as of late, though the position of the brick-laid structure and its distance from the upcoming loop station suggests that it may be a carport or sorts. This is just speculation for now, of course, though it is still impressive to see The Boring Company using its bricks in an actual project.

The idea for The Boring Company’s “Boring Bricks” was initially suggested by Elon Musk almost two years ago. Musk fondly described the bricks as “merch” when he first mentioned them, though he already noted then that the blocks would be lego-like, interlocking units that are rated for California seismic loads. Images of the Boring Co’s Boring Bricks were shared during the tunneling startup’s information session later that year.

The Boring Bricks are a crucial part of the Boring Co’s efforts to make tunneling faster and more efficient. The bricks themselves are made from tunneling rock, which means that the startup’s tunnels will have very little waste. Musk even responded positively to the idea of Boring Bricks being used to construct affordable housing units, which should be possible considering that the Tesla and SpaceX CEO quoted a low price of just 10 cents per brick.

Yet despite these details about the Boring Bricks, including permits for an actual store, The Boring Company has been quite silent about its affordable ultra-tough bricks for some time now. That is, of course, until it became evident that the blocks are seemingly being used in the Las Vegas Convention Center loop system, which is currently having its second tunnel built.

From the images of the new Boring Bricks, it seems like the lego-like blocks have gone through some design changes over the years. While their interlocking feature is still present, the bricks themselves have gotten much larger. This should come with some benefits and challenges. For one, the bricks’ larger size would allow projects to be completed faster, but they would likely require more manpower or the use of heavy equipment.