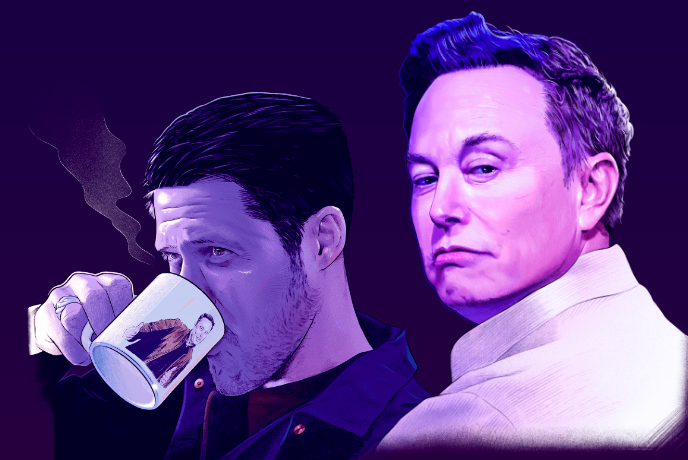 Elon Musk invited to coffee by Easee founder with a creative video.

Elon Musk was invited to coffee by Easee founders with a creative video pitch.

Based in Norway, Easee founders launched a website and video to invite Elon Musk for an interview during his trip to Norway. According to the website, Elon Musk is visiting their hometown.

“When you hear Elon Musk is visiting your hometown, what is the first thing you do? You invite him for a coffee of course! So, when we heard he was coming to Stavanger, Norway, we had to act. After all, we Norwegians are big believers in the power of conversation, and we know that a good cup of coffee works wonders to break the ice.”

See you there for a coffee, @elonmusk ? ☕️ #MuskCity pic.twitter.com/AV828AulcC

One of the founders, Jonas Helmikstøl, started the video by sharing who he is and where he’s from. The video has several themes from Elon Musk’s companies and passions from paying for a meal with Dogecoin to launching a rocket that crashed into the far-off mountains.

Helmikstøl shared the transcript of the video in the following thread on Twitter.

My name is Jonas.
I come from a small town on the West Coast of Norway.

Helmikstøl said that he and his friends started a business and could learn a lot from Elon Musk.

“In fact, that’s why I am tweeting you today. Because we heard rumors that you may be coming into town in August. I was wondering if you wanted to stop by for a cup of coffee or something when you’re in town .”

The company that Helmikstøl and his friend founded is called Easee. He and his friends wanted to create the world’s smallest electric vehicle charger so they founded Easee in 2018. And it’s been well-received by installers and private customers.

“The idea came to life when The ONS Energy Conference in Stavanger, Norway, announced Elon as the key speaker back in April. We thought that a coffee with him could increase the chances of accelerating the green transition in Europe. This is our business invite to him. We know this idea is totally bonkers in many ways, but the Easee mindset is always to go further – and bolder.”

“How does one draw the attention of the world’s most influential person? We had to use the combination of humor and clever details. Now let’s see if he reaches out. Our founders are also the main actors – playing themselves. That says a lot about who they are – and what this company wants to achieve.”

Elon Musk invited to coffee by Easee founder with a creative video.