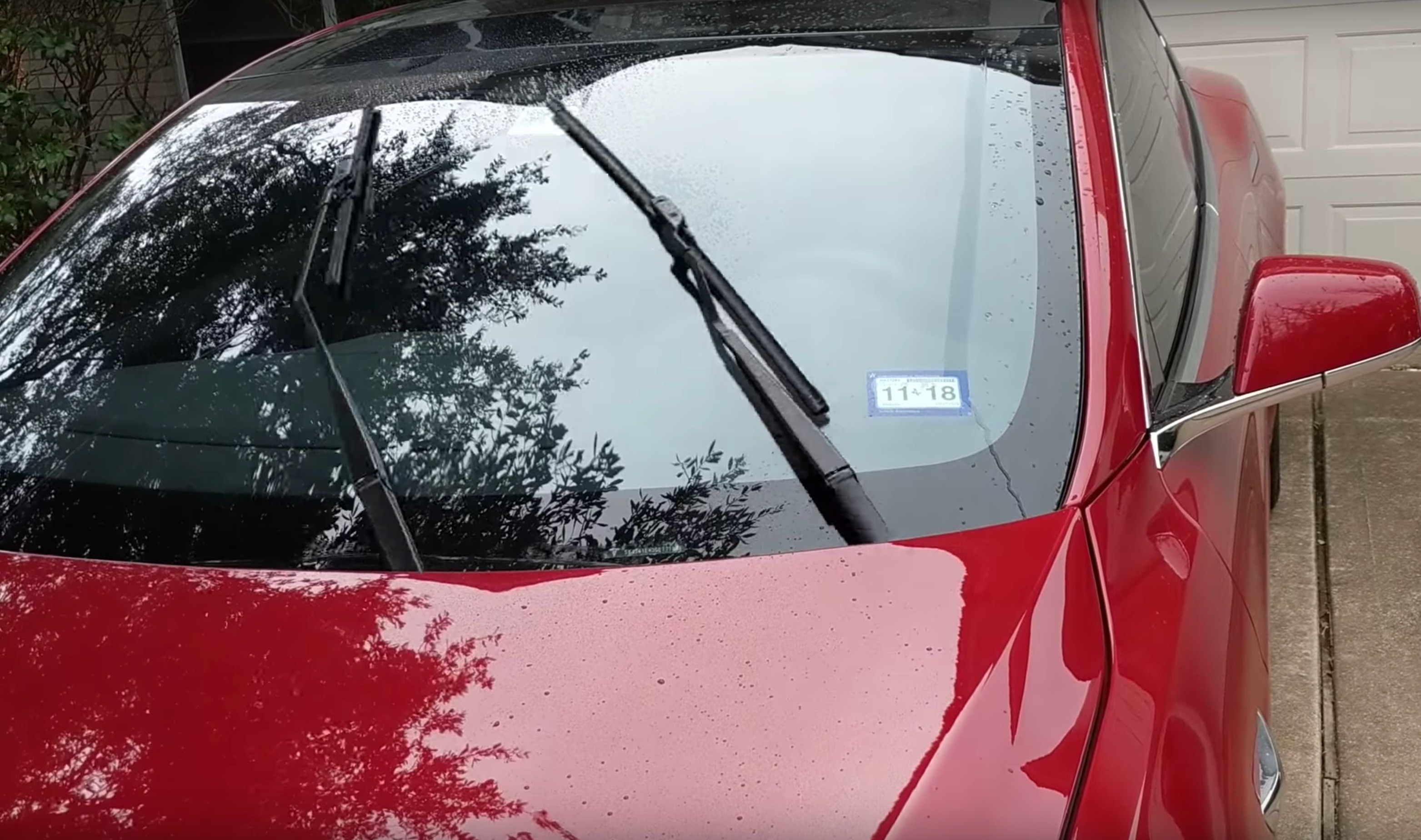 Tesla’s new AI-based auto wipers for Autopilot 2 cars are pretty ingenious, or overly complex depending on who you ask. Instead of relying on a dedicated rain sensor, the system utilizes the vehicle’s neural network and cameras to detect if moisture is hitting the vehicle’s windshield. While the system has been a welcome addition to the Model S, Model X and Model 3’s already stellar feature set, some Tesla owners have realized that the automatic wipers have a particularly playful quirk — one that usually ends with the car’s owner getting wet.

According to a member of the r/TeslaMotors subreddit, something unexpected happens when the door of the Model 3 is opened in the rain. Apparently, opening the Model 3’s doors in the middle of a downpour immediately triggers the car’s AI-based automatic wipers. This reaction causes the compact electric sedan to dump the water accumulated in the windshield into the car, and straight into the driver.

The same issue has also been reported by another member of the online community who owns a Model S. According to the redditor, his Model S’ automatic rain-sensing wipers ended up inadvertently wetting him when he was getting into his car during a rainy day. Conversely, however, some other Model S owners on the r/TeslaMotors subreddit stated that their automatic wipers engaged only after they pressed the brake and started their cars, even under similar weather conditions.

Not long after the observation was posted to Reddit, Tesla CEO Elon Musk promptly addressed the issue on Twitter, saying that the issue would be addressed in the next over-the-air software release.

Fixed in next release

It’s worth noting that the same issue occurred on early Model S vehicles in 2013, but later addressed by the California-based electric car maker through a software update.

The Autowipers feature for Autopilot 2 cars have been a particular pain point for many Tesla owners, especially since the feature was only available on first generation vehicles. Tesla would eventually roll out the automatic rain-sensing wipers to its newest AP2 vehicles.

YouTuber and Tesla owner, DÆrik, performed a test of the Autowiper feature to see which Autopilot 2 cameras are being used for moisture detection.