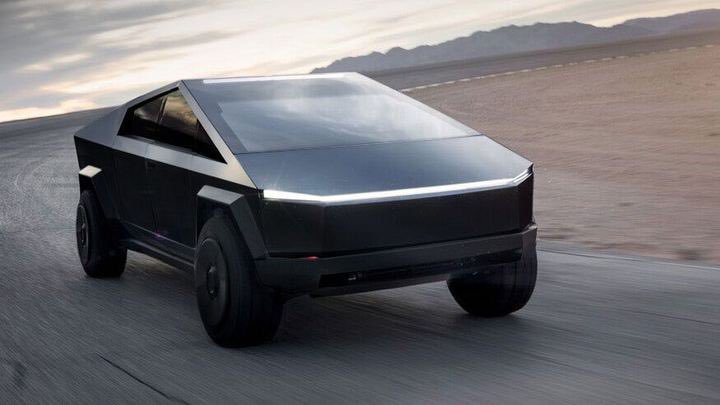 Following the unveiling of Tesla’s Cybertruck last week, CEO Elon Musk has hinted that a smaller version of the futuristic pickup may be coming in the future. This statement from Musk came after some potential owners expressed they would be interested in a more compact version of the recently-unveiled vehicle that would be more suitable for smaller driveways and residences.

Tesla unveiled the Cybertruck on November 21. The all-electric truck from the company based out of Silicon Valley caught the eye of many people due to its unique and unorthodox shape. One Twitter follower of Musk’s requested a smaller truck down the road, as he facetiously expressed the vehicle may block his whole street. Musk replied, saying that it “probably makes sense to build a smaller Cybertruck too.”

The size of the Cybertruck is a big talking point for those who are interested in the vehicle. Its futuristic and unusually modern shape is a design that has not been used in the past by any other car manufacturer. However, not everyone who wants or needs to own a truck for either work or leisure can house this gigantic pickup.

Other manufacturers have had success varying the sizes of their trucks by releasing multiple models of the same body style. Ford, for example, has done this with its F-Series that has gained the reputation as the most popular line of pickup trucks in the U.S. in 2019, with the F-150 being recognized as the most popular truck in the country, according to J.D. Power. In terms of dimensions, the Cybertruck is similar to the F-150 and Dodge Ram 1500.

Tesla’s Cybertruck will give owners more storage capacity than any other pickup on the market right now thanks to its bed that is nearly a foot longer than the other two vehicles. The Ford F-150 XL has 62.5 cubic feet of storage, and while this is the company’s smallest version of the truck, it packs 62% of the storage capacity compared to the 100 cubic feet offered by Tesla’s Cybertruck. The 2020 Dodge Ram 1500 offers 61.5 cubic feet, just one foot less than the F-150 but still only a fraction of Tesla’s new “Bladerunner-Esque” pickup.

Tesla may find it beneficial down the road to try and create a smaller variation of the Cybertruck. The truck, while available in different variants as far as the number of engines, is only available in one size. While more cargo space is definitely a plus, there are certainly plenty of reasons why it could be the reason someone does not buy the vehicle. Some people simply do not have the room for a large truck, especially if they live in a small house or community where there is not enough room for the vehicle. The Twitter user who reached out to Musk recognized that the truck would be a great vehicle to own, but it may not be the most logical thing to buy considering he does not have space for it.

Elon Musk has proven to us in the past that he is a man of the people. He listens to the requests of potential Tesla owners and uses them to improve the vehicles Tesla manufactures. While the Cybertruck does not begin production until late 2021, there is plenty of time for Musk and Tesla’s team of designers to come up with a modified design that would appeal to those who do not have the need for the massive Cybertruck.