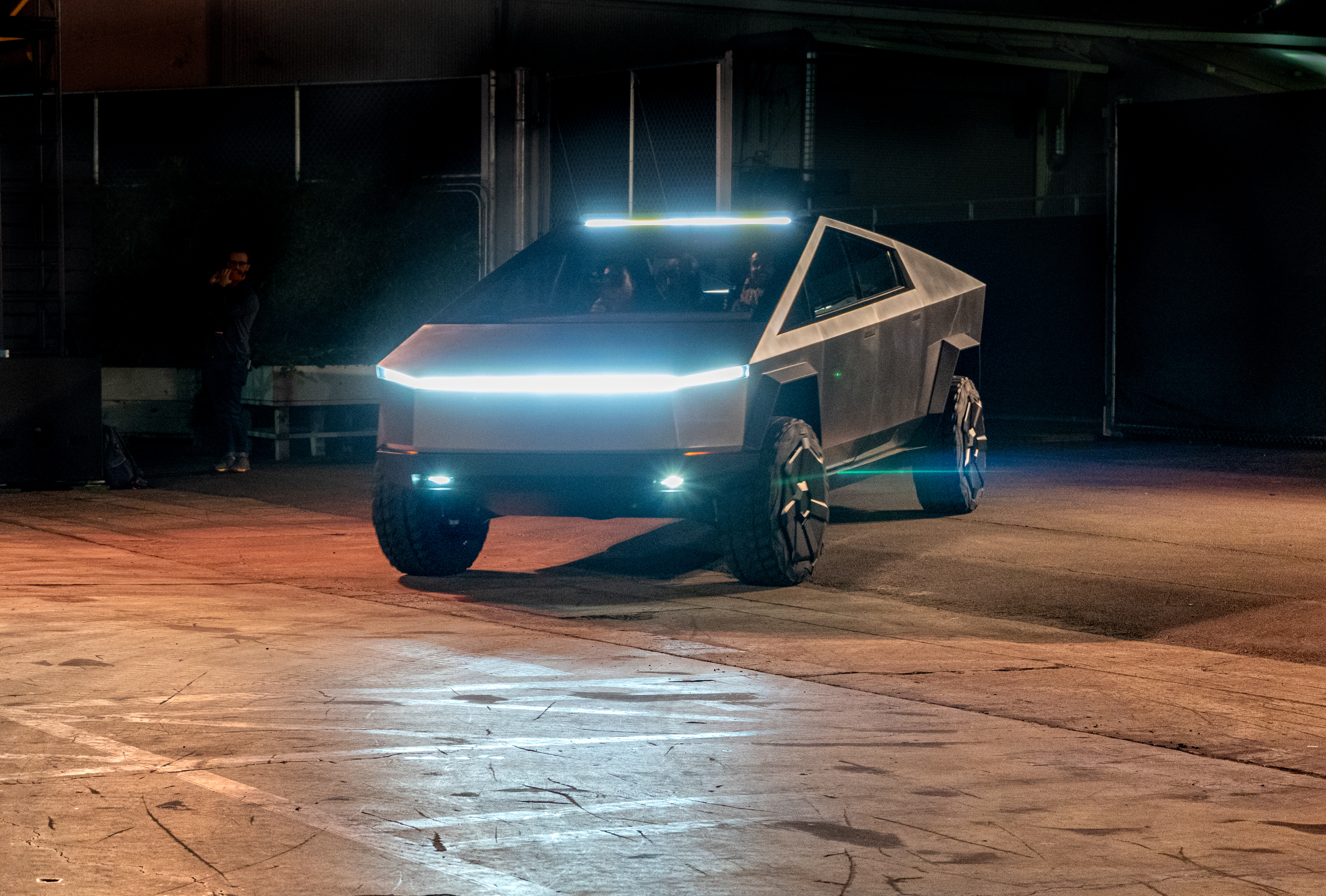 Elon Musk’s Cybertruck is Tesla’s boldest vehicle yet. With its sharp edges and its unapologetically futuristic look, the Cybertruck appears to be a vehicle that is designed to shock and polarize. Yet, behind its almost brutalist exterior lies a clever theme that gives the Cybertruck the potential to be Tesla’s most disruptive vehicle to date, mainly due to its production efficiencies that are tied to its very exoskeleton.

When Tesla unveiled the Cybertruck on Thursday night, a good number of netizens and those who were in attendance at the event were shocked. The massive vehicle was clad in cold, hard, unpainted stainless steel, and its sharp triangular design makes it look extremely different from every other pickup truck on the market. Elon Musk has been saying that the Cybertruck will be polarizing, and it definitely was.

Unlike Tesla’s other vehicles like the Model S, X, and Model 3, the Cybertruck uses an exoskeleton that is made from a new variant of 3000 series stainless steel that’s cold-worked several times. The material is tough and is not unlike the steel used in SpaceX’s gigantic Starship. With this system in place, Tesla is able to skip the traditional stamping process for the vehicle’s body panels. Instead, the Cybertruck’s frame will be laser cut and folded, much like an origami that’s made of steel.

And just like actual Japanese origami, the Cybertruck’s stainless steel body is actually folded into shape instead of being cut up into several pieces and stamped multiple times by massive machines, according to an exclusive look into the vehicle by MotorTrend. Considering that the stamping process is very capital intensive (stamping machines are among the largest and most expensive components of a car factory), Tesla’s origami-style design for the Cybertruck becomes a very cost-effective way to produce a massive, durable, futuristic vehicle at relatively low cost.

Elon Musk recently elaborated on this in a recent tweet, stating that the Cybertruck’s 3mm-thick stainless steel exoskeleton is not very friendly to stamping machines. “Reason Cybertruck is so planar is that you can’t stamp ultra-hard 30X steel, because it breaks the stamping press,” Musk wrote.

Using stainless steel also allows Tesla to skip out on the painting of the vehicle, allowing the company to not use a paint shop in the vehicle’s production process. This results in further savings, while also avoiding the paint headaches that Tesla had to deal with when it ramped its previous vehicles, particularly the Model 3.

The EV community was shocked by the starting price of the Cybertruck just as much as it was shocked by the vehicle’s design. Starting at $39,990, the base Cybertruck is very competitively priced and is chock full of tech that its competitors simply cannot hold a candle to. Couple this with a design that is optimized for efficiency, and the vehicle could very well be a disruptor on its own right in the highly-competitive pickup truck segment.