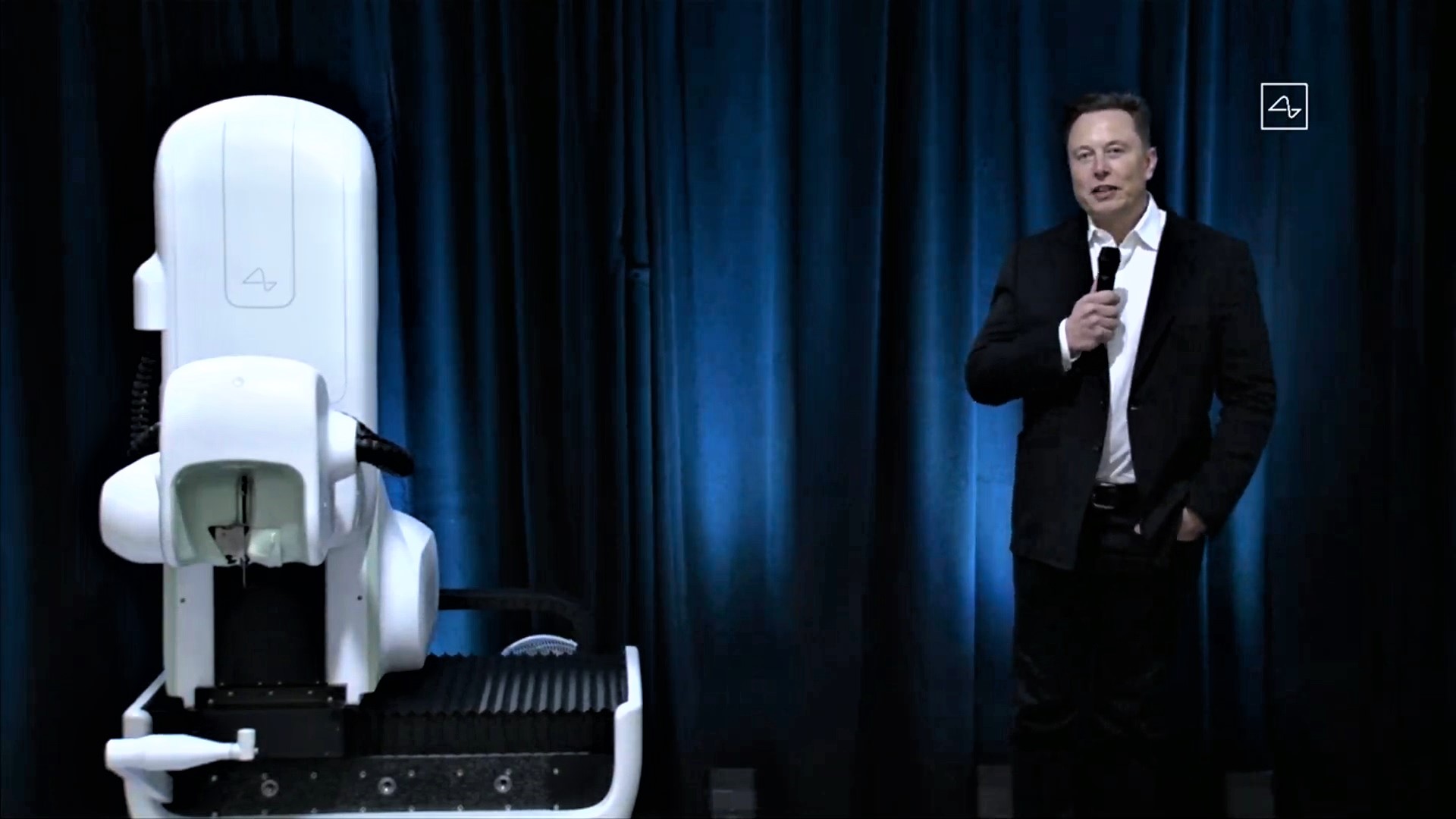 After another year of successfully staying in the shadows, Elon Musk’s Neuralink has revealed what’s been going on behind the scenes in terms of technological progress. In a live streamed event on Friday afternoon, the brain-machine interface company gave a demonstration, took questions, and left audiences with even more to mull over than ever.

“The primary purpose of this demo is recruiting,” Musk stated at the very beginning of the presentation. He emphasized that everyone at some point in their life will face a brain or spine problem – all inherently electrical – meaning it takes electrical solutions to solve electrical problems. Neuralink’s goals are to solve these problems for anyone who wants them solved, and that application will be simple and reversible with no negative effects.

Two pigs were used for the ‘real-time’ demonstration promised in the days leading up to the event. The first, named Gertrude, had a Neuralink implant installed for two months and was shown to be healthy and happy. A second pig, named Dorothy, had the implant previously installed and removed with no side effects afterward. 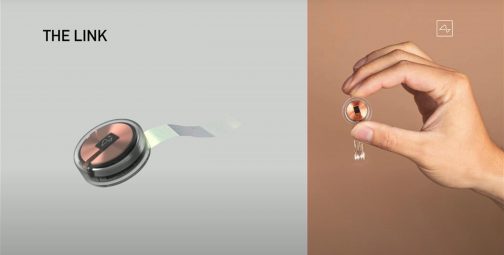 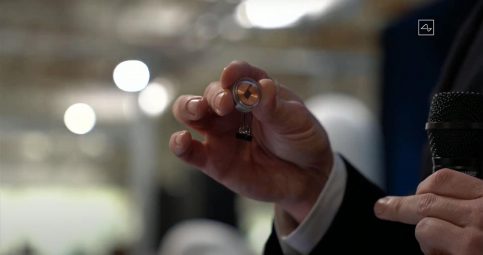 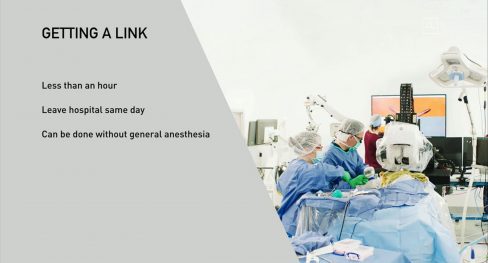 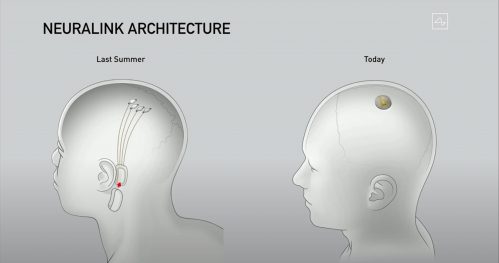 After a bit of a delay from the amusingly sassy Neuralink-implanted pigs, the live stream and in-house audience witnessed Gertrude’s device in action. Notably, the neural implants could predict all the limb movements of the pigs based on the neural activity being read. Each reading was shown on a screen and musical notes attached as the data was processed.

Overall, here are some of the main takeaways from the presentation. 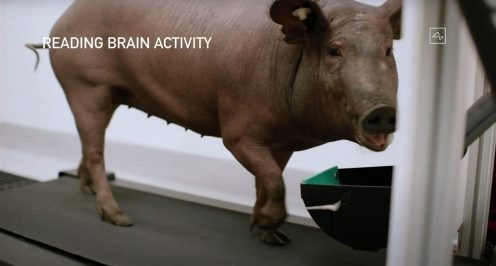 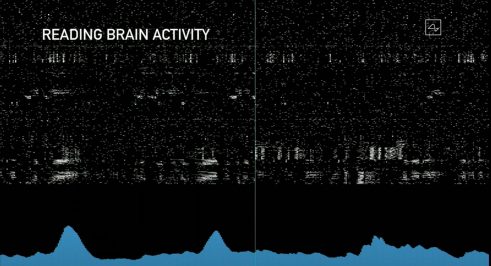 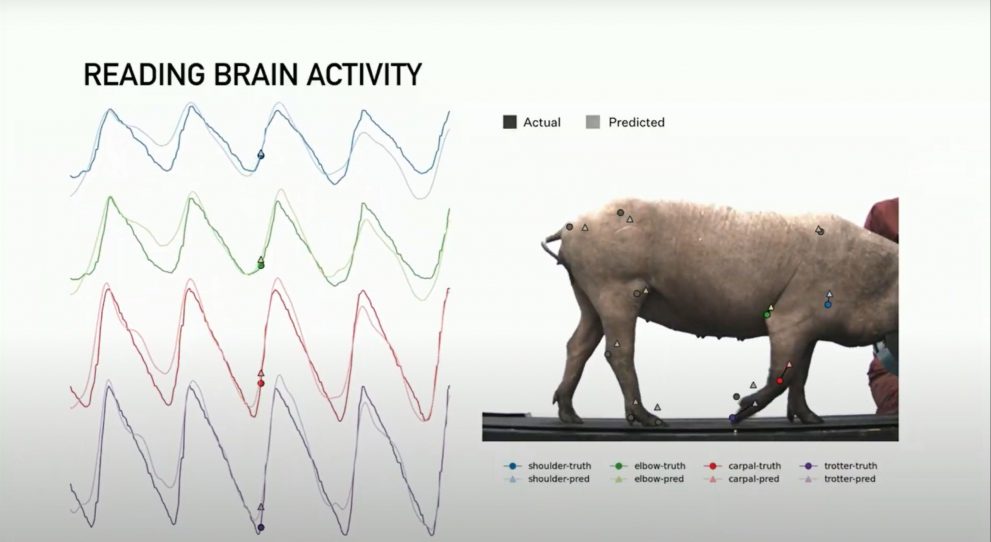 The idea for Musk’s AI-focused brain venture first seemed to really take off after his appearance at Vox Media’s Recode Code Conference in 2016. The CEO had discussed the concept of a neural lace device on several occasions up to that point and suggested at the conference that he might be willing to tackle the challenge himself. A few months later, he revealed that he was in fact working on the idea, which was detailed at great length by Tim Urban on his website Wait But Why.

“He started Neuralink to accelerate our pace into the Wizard Era—into a world where he says that ‘everyone who wants to have this AI extension of themselves could have one, so there would be billions of individual human-AI symbiotes who, collectively, make decisions about the future.’ A world where AI really could be of the people, by the people, for the people,” Urban summarized. Given that bigger picture perspective, the 2020 Neuralink event seems even more impactful.

Neuralink’s official Twitter account opened the virtual floor to questions using the #askneuralink hashtag the night before the event, prompting several questions during the presentation. However, Musk fanned the building curiosity in the hours beforehand. “Giant gap between experimental medical device for use only in patients with extreme medical problems & widespread consumer use. This is way harder than making a small number of prototypes,” Musk responded to one question directed towards the mass market viability of a future Neuralink product line.

How big of a jump do you anticipate the transition from medical device to consumer-grade product to be? Will Neuralink license its technology (both the N1 sensor & the robot) to other companies? #askneuralink

Also in the days prior to the Neuralink event, Musk teased a few more bits of information about what to expect. “Live webcast of working @Neuralink device,” he said. Just prior to his confirmation of the device demonstration, he revealed that version two of the robot initially shown in the first progress update in 2019 wasn’t quite up to the level of a LASIK eye surgery machine, though only a few years away.

You can watch the full event below: