At the same time as NASA’s overrun-stricken Space Launch System (SLS) continues to limp towards its continuously delayed launch debut, now tentatively expected no earlier than (NET) 2021, SpaceX is forging ahead with the development of an equivalently capable launch vehicle known as BFR, comprised of a spaceship (BFS) and booster (BFB).

During a September 17th update to the next-gen SpaceX rocket’s steady progress, CEO Elon Musk offered a rough cost estimate of $5B to complete its development – no less than $2B and no more than $10B. According to NASA’s Office of the Inspector General (OIG), Boeing – primary contractor for NASA’s SLS “Core Stage” or booster – is all but guaranteed to burn through a minimum of $8.9B between 2012 and the rocket’s tentative 2021 launch debut.

NASA is finally (officially) acknowledging that EM-1, the maiden launch of SLS, will slip until at least June 2020. Sources tell us to expect another slip to 2021, official or not.https://t.co/CYf9SqbhBY

Originally contracted in 2014 to complete SLS booster development, production, and preparation by 2018 at a cost of $4.2B, Boeing has overrun its budget by a bit less than 50% (up to $6.2B) and overshot its scheduled launch debut by more than 2.5 years. Per an October 10th audit of the SLS booster program, NASA OIG has reasonably concluded that Boeing will pass that $6.2B expenditure estimate – meant to last until 2021 – in December 2018, meaning that at least an additional $2.7B will be required from NASA between now and 2021 if SLS is to have a chance at launching that year.

In other words, compared to Boeing’s first serious 2014 contract for the SLS Core Stages – $4.2B to complete Core Stages 1 and 2 and launch EM-1 in Nov. 2017 – the company will ultimately end up 215% over-budget ($4.2B to $8.9B) and ~40 months behind schedule (42 months to 80+ months from contract award to completion). Meanwhile, as OIG notes, NASA has continued to give Boeing impossibly effusive and glowing performance reviews to the tune of $323 million in “award fees”, with grades that would – under the contracting book NASA itself wrote – imply that Boeing SLS Core Stage work has been reliably under budget and ahead of schedule (it’s not). 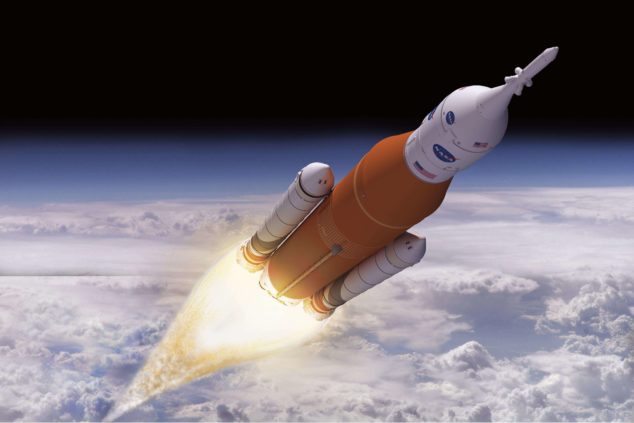 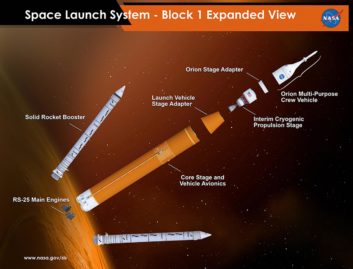 An overview of SLS. (NASA) 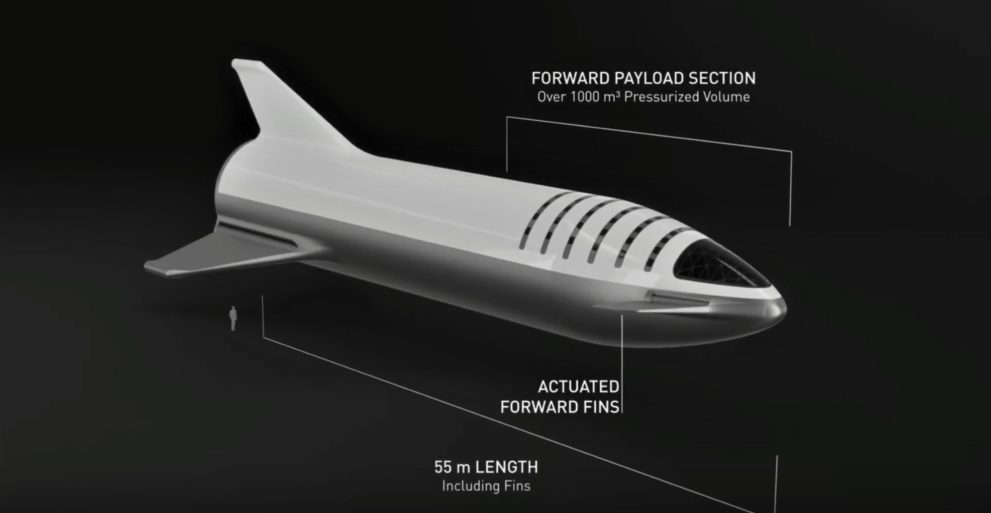 In reality, Boeing has not once been under budget or ahead of schedule during any of 6+ NASA performance reviews.

Instead, NASA has given Boeing three “Very Good” (nearly perfect) reviews and three “Excellent” (perfect) reviews over the last 6 years, ultimately dispersing $323M of pure-profit “award fees” thanks to those grades, while the OIG firmly disputes Boing’s worthiness for at least $65M of that sum.

It is pretty pathetic when the only response that @BoeingSpace can muster via @BKingDC at its #politicospace PR effort in response to a damning @NASA_SLS report by @NASAOIG is to dump on the Saturn V – a rocket that actually flew – and worked – half a century ago. https://t.co/daN91bzwpC

Boeing – recently brought to light as the likely source of a spate of egregiously counterfactual op-eds published with the intention of dirtying SpaceX’s image – also took it upon itself to sponsor what could be described as responses to NASA OIG’s scathing October 10th SLS audit. Hilariously, a Politico newsletter sponsored by Boeing managed to explicitly demean and belittle the Apollo-era Saturn V rocket as a “rickety metal bucket built with 1960s technology”, of which Boeing was the core stage’s prime contractor.

At the same time, that newsletter described SLS as a rocket that will be “light years ahead of thespacecraft [sic] that NASA astronauts used to get to the moon 50 years ago.” At present, the only clear way SLS is or will be “light years” ahead – as much a measure of time as it is of distance – of Saturn V is by continuing the rocket’s trend of endless delays. Perhaps NASA astronomers will soon be able to judge exactly how many “light years ahead” SLS is by measuring the program’s redshift or blueshift with one of several ground- and space-based telescopes.

Ultimately, this is a particularly effective bit of self-mockery in the context of rationale lately used by Boeing and NASA to shrug off the jaw-dropping Core Stage contract’s underperformance, missteps, schedule slips, and budget overruns, namely that building big, complex rockets is hard. NASA and Boeing, neither of which have any meaningful experience building big, complex rockets – aside from Saturn IB, Saturn V, and the Space Shuttle – thus should be given a break for reliably and dramatically underestimating the difficulties of doing so in the 21st century.

One of the most breathtaking things about the new SLS report is the response by NASA's Gerstenmaier. Essentially, he says, this a is a big, complex rocket. And it's hard to build this stuff.https://t.co/ou8SFhji6a

Simultaneously, Boeing and NASA still continue to act as if they are the foremost global experts of building extremely large rockets and continue to throw pile upon pile of taxpayer billions at overpromised attempts to prove as much. It’s no more than a masochistic dream to imagine what could have been or might be if NASA instead redirected those billions towards US aerospace companies with track records of success through fixed-cost contracts or straight-up private funding (SpaceX and Blue Origin, primarily), but it’s often hard not to at least think about the possibilities.