Speaking in a Satellite Innovation 2018 keynote, long-time SpaceX investor and board member Steve Jurvetson made a quiet but significant comment about the company’s Starlink satellite constellation efforts, stating that the first two prototype spacecraft – currently in orbit – “are working wonderfully.”

Standing in contrast to recent speculation that SpaceX’s Starlink project had experienced major failures with on-orbit hardware, Jurvetson may be a biased source but still has a major vested interest in SpaceX’s long-term success – supporting billions dumped into a satellite constellation with no real returns in sight would serve to seriously harm his significant investments in the company.

Perhaps the most trustworthy source of SpaceX information outside of the company itself, Jurvetson expressed considerable confidence in SpaceX’s Starlink achievements thus far.

“I personally think SpaceX is in the lead [with Ku- and Ka-band phased arrays that could make (global LEO satellite broadband) possible] … Tintin 1 and 2 [are working wonderfully].” – Steve Jurvetson, Satellite Innovation 2018

Phased array antennas get their name from the fact that they have no moving parts – rather than moving a physical dish or angling dedicated ‘beams’, phased arrays actively use signal interference to very precisely shape, direct, and regulate line-of-sight communications beams. Currently quite immature, the draw of the technology is the sheer simplicity and reliability of antennas that require no moving parts, eliminating a major mode of failure and the inherent physical limitations of current antenna tech. Without something like phased arrays, LEO communications satellites would struggle to accurately and reliably track ground stations and gateways while traveling multiple kilometers per second. 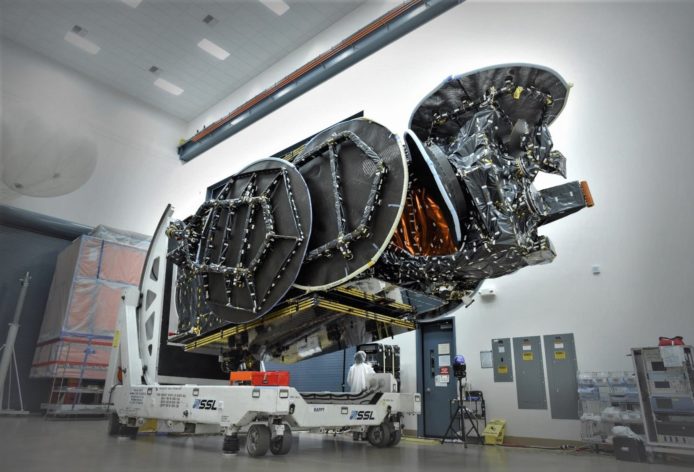 Traditional geostationary commsats like Telstar 19V feature dish-style antennas. The weird lumps and bumps on each dish are there by design, enabling the oddly specific coverage footprints seen to the right. (Telstar) 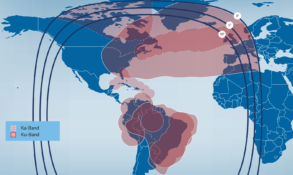 Telstar 19V’s coverage map. Each coverage blob is there by design and is accomplished by physically shaping the antenna dish. 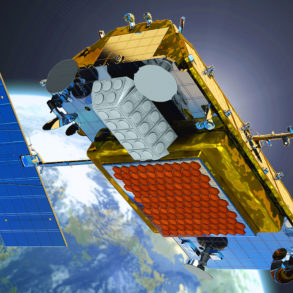 Large communications satellites in geostationary orbit do not face this problem. Thanks to their inherently fixed positions over ground targets (hence “geostationary“),  designers and manufacturers have learned to quite literally mold each satellite’s on-orbit antennas to explicitly prioritize certain areas on the ground. This process tends to involve a prior determination of markets where demand for satellite communications is or will be highest, while also avoiding wasted coverage over areas with no need for it. However, once the antenna is launched, its beams are almost completely permanent. If markets change, the satellite simply cannot adapt.

Phased arrays, on the other hand, can almost entirely change where their many beams are directed, how much bandwidth is dedicated to certain locations, and all while accurately tracking moving targets with very few limitations. As a result, satellites with phased array antennas are sort of the communications jacks of all trades, capable of offering high-bandwidth connectivity to stationary user terminals, large ground stations, and moving vehicles simultaneously from with the same antenna array. 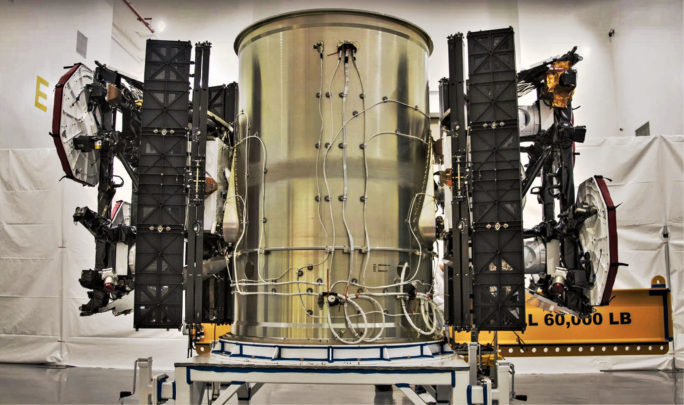 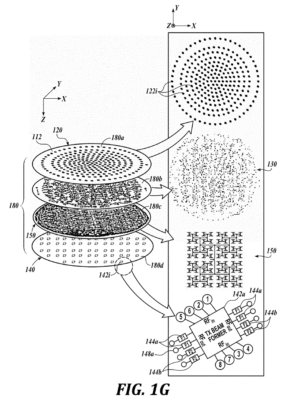 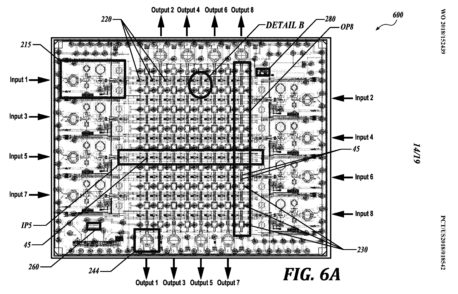 The technical term for this is “science rectangle.” In all seriousness, this is actually an extraordinary glimpse at custom silicon developed in-house at SpaceX, in this case a semiconductor die. (SpaceX) 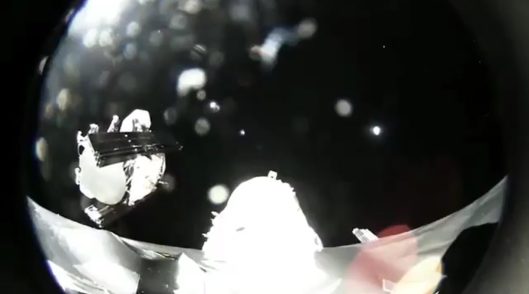 If SpaceX can perfect this, they will be the only company in the world to have done so on-orbit, while other satellite operators like Iridium have managed to build and launch low-bandwidth phased arrays but have yet to attempt to do so with the bands optimal for broadband internet or at a scale that might work for constellations of hundreds or even thousands of satellites. If Jurvetson is to be believed, SpaceX’s first foray into dedicated communications satellites and specialized hardware design and manufacturing has been a major success.

Even if the orbits of Tintin A and B do suggest that some difficulties were had with at least one satellite’s electric propulsion thrusters, it’s obvious that the experience and data derived from testing the vast majority of each satellite’s non-propulsion-related systems were invaluable and well worth the effort. Another group of prototypes will likely be launched according to Elon Musk, but that’s simply how SpaceX develops complex systems – build, launch, learn, and repeat.