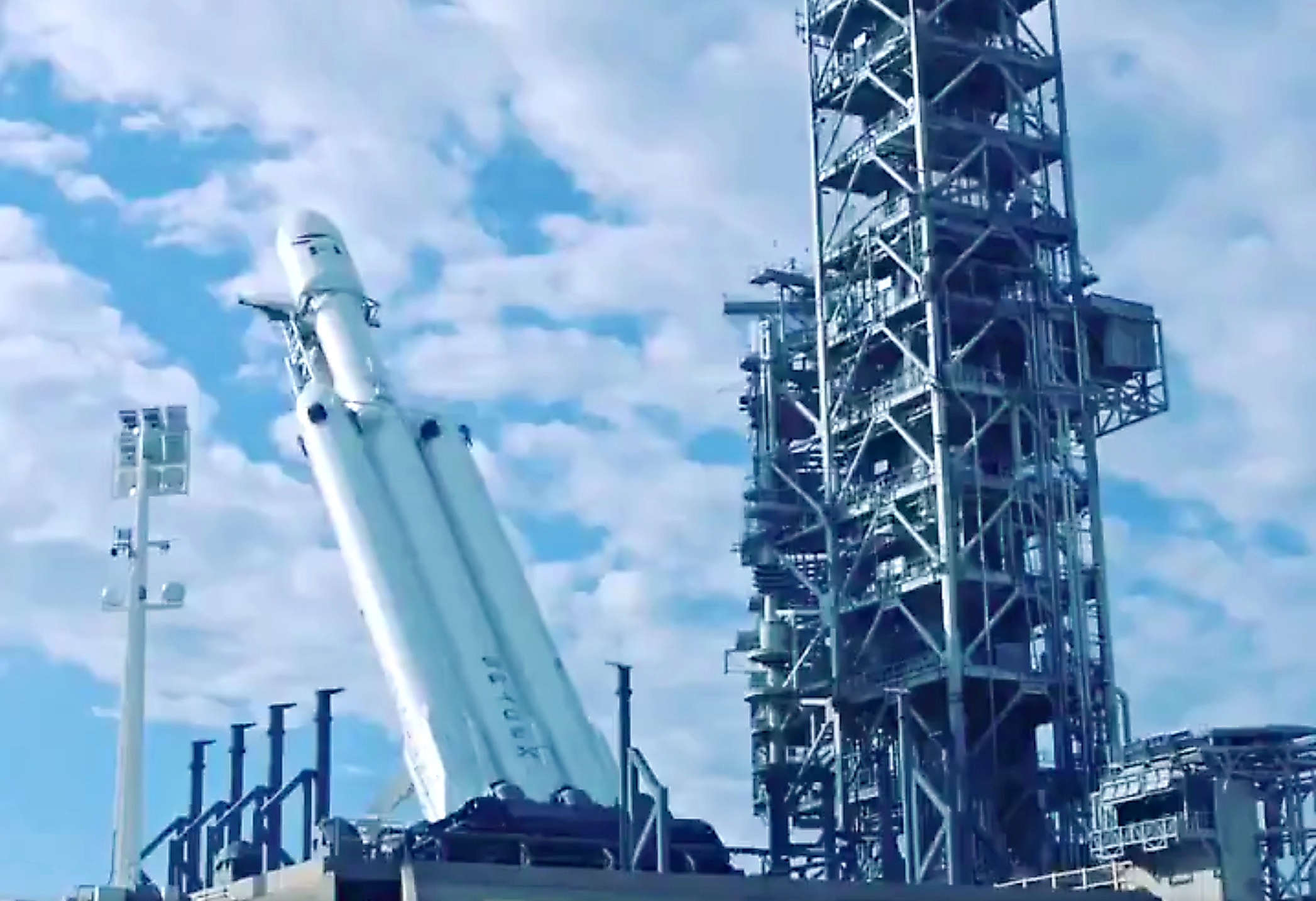 Elon Musk reiterated SpaceX’s commitment to completing the inaugural launch of Falcon Heavy before the end of January 2018 in a series of Instagram and Twitter posts. Delays with the companies commercial launch of the secretive Zuma payload will likely push Heavy back a similar number of days, but SpaceX still has a solid four weeks until February to prepare the vehicle and complete its more pressing commercial queue of launches.

Up next for Falcon Heavy will be the massive rocket’s first-ever integrated static fire, which will see all 27 of its Merlin 1D engines ignite for a brief several seconds in order to test a number of procedures and validate models of the rocket’s design and operations. Most importantly, in order to counteract the immense and potentially destructive torque produced by the simultaneous startup of 27 rocket engines, the first static fire will test a staggered ignition of all first stage engines, so as to spread out the force exerted upon the vehicle’s octawebs and booster connections. Musk’ Jan. 4 Instagram post points towards a static fire “next week,” sometime between January 8-15. The launch of Zuma is clearly the company’s main priority, at the moment.

Falcon Heavy now vertical on the former Apollo 11 moon rocket launchpad. At 2500 tons of thrust, equal to 18 Boeing 747 aircraft at full throttle, it will be the most powerful rocket in the world by a factor of two. Excitement on launch day guaranteed, one way or another. Hold-down test fire next week. Launch end of the month. 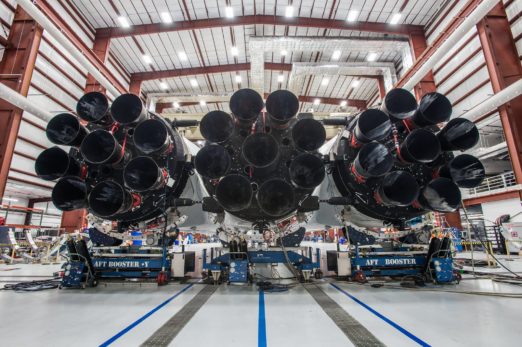 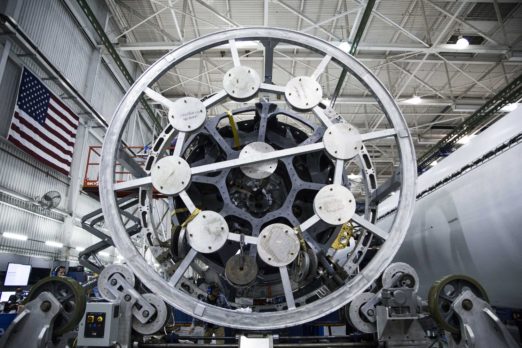 Falcon 9’s octaweb is shown exposed here in all its hunk-of-raw-metal glory. Falcon Heavy’s center octaweb is even beefier. (SpaceX) 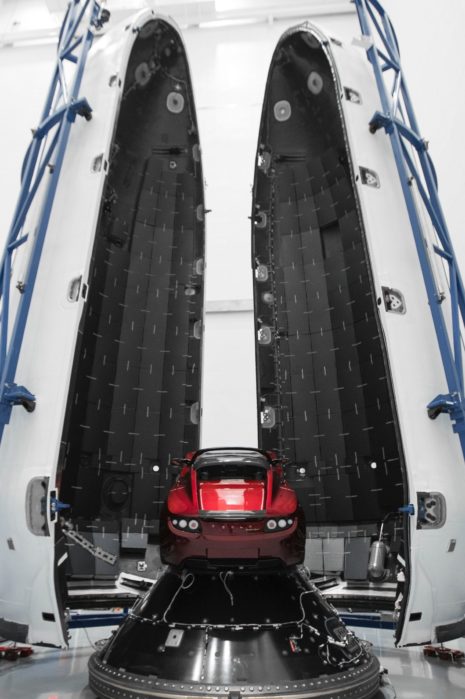 Preceding this static fire, SpaceX will necessarily conduct a wet dress rehearsal (WDR) in which Falcon Heavy’s three first stages and single second stage will be fully loaded with supercooled high-grade kerosene (known as RP-1) and liquid oxygen. If this procedure fails to produce any unwanted surprises or insurmountable bugs, it’s probable that the WDR flow will transfer smoothly into static fire procedures. If bugs are found, the vehicle may instead be detanked of its propellant load and rolled back to LC-39A’s integration facilities in order to analyze those issues and ensure vehicle safety and readiness. Similar analysis will undoubtedly occur after the first static fire to verify that Falcon Heavy is still flight-worthy and its Tesla Roadster payload is in good condition.

After several barrages of thorough tests, the launch pad and vehicle will be ready for Falcon Heavy’s inaugural launch, no earlier than late January 2018. In the meantime, antsy fans can bask in the beauty of a timelapse Elon Musk recently posted, showing Falcon Heavy being lifted into a vertical orientation during its first pad-fit checks several days ago.

Meanwhile, SpaceX is still tracking towards the imminent launch of Zuma, a secretive satellite payload that will see Falcon 9 return to Landing Zone 1 at Cape Canaveral. The mission has been delayed 48 hours from its original NET, and is now tentatively aiming to launch no earlier than (NET) January 6, but as of just a few minutes ago, SpaceX officially confirmed that additional propellant loading tests had been conducted with Zuma’s Falcon 9 booster earlier today, pushing the launch to NET January 7th, 8pm EST.

Team at the Cape completed additional propellant loading tests today. Extreme weather slowed operations but Falcon 9 and the Zuma spacecraft are healthy and go for launch—now targeting January 7 from Pad 40 in Florida.

Follow along live as our launch photographer Tom Cross braves the Florida cold and launch delays in pursuit of glorious rocket pics over the next several days.