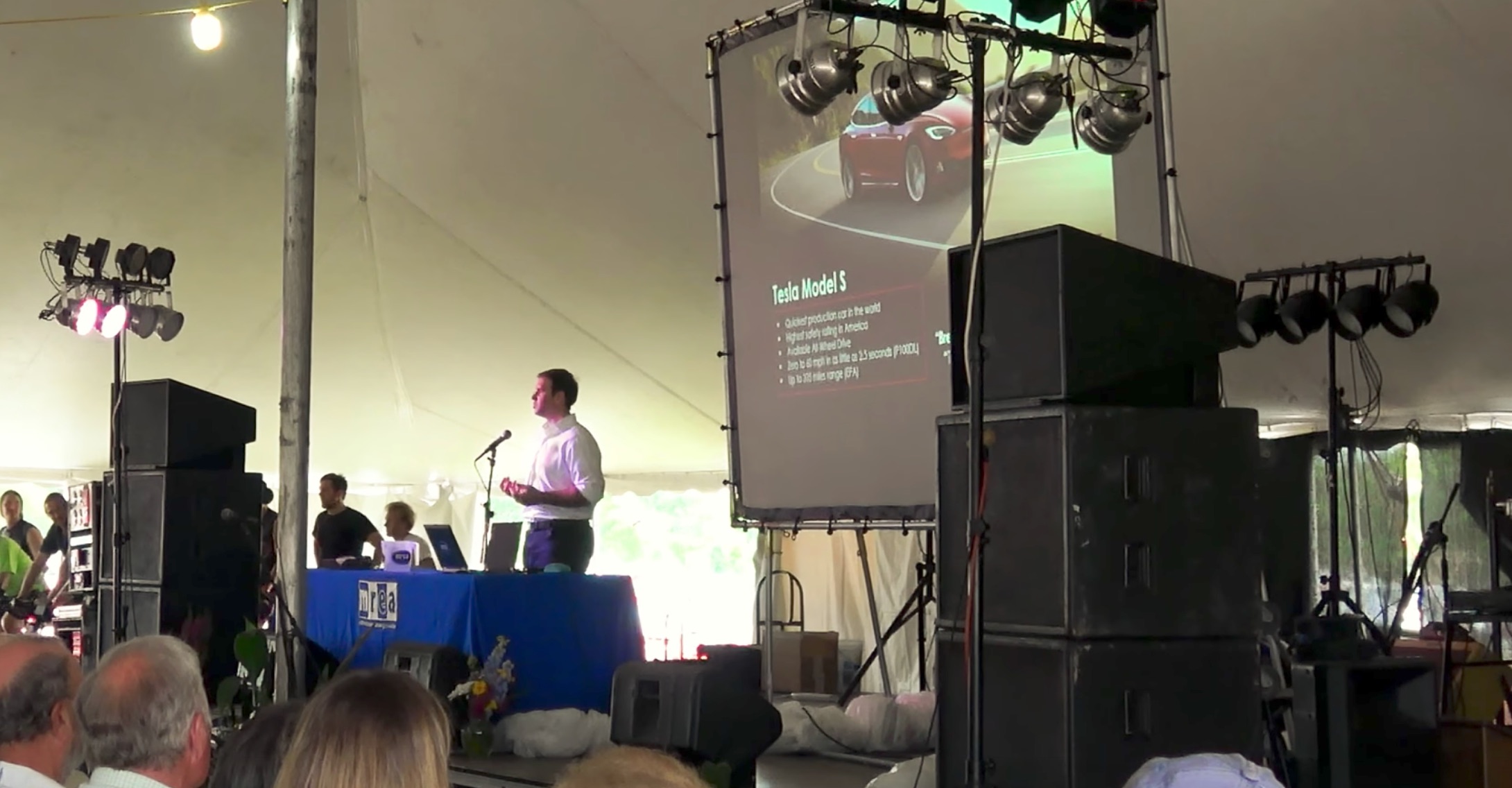 While there, he dropped a few hints about an array of Tesla’s projects.

One of these nuggets is that the technology for its existing vehicles is going to be upped to the level of the Tesla Semi, which is being unveiled in September.

“It may not be intuitive to everyone, but the same technology that’s in the Model S can be scaled up,” Straubel said. “In fact you can just kind of double it and double it again, you can scale it to vehicles that are much much bigger.”

Straubel also discussed the significance of the affordability of the Model 3.

“Most of our work has been on reducing the cost and increasing the volume of the cars we build.,” Straubel said. “Many people tend to think of Tesla as just a luxury or performance brand — they kind of put us in that category forever — but that isn’t the mission statement, that’s not what we’re actually trying to do.”

After touting the new Semi and its potential impacts on the industry, Straubel moved into how energy can be scaled for mass production of vehicles.

“Batteries tend to be the one thing that need a lot of attention,” he said.

Straubel slightly hinted that Tesla would be heavily researching John Goodenough, the creator of the lithium battery, for future scaling. Lithium batteries charge faster than lithium ion batteries and hold up to three times as much power, making them essential to supply growth.

Straubel manages the technical direction and engineering design of the Tesla products including battery technology, software, controls and more. He also created and manages initiatives such as the Supercharger network and Gigafactory.