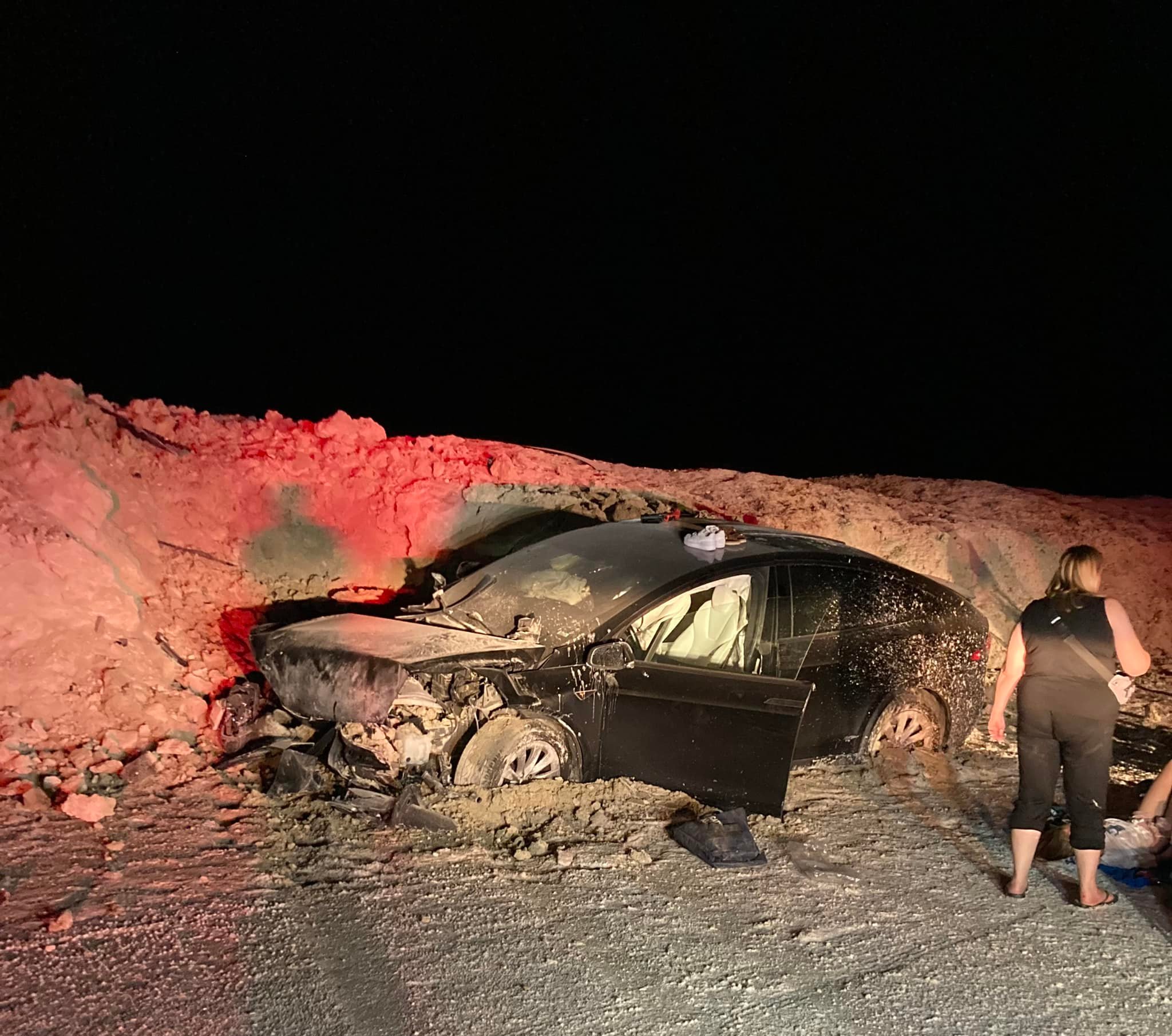 A family of five survived crashing their Tesla on the Bonneville Salt Flats while going at speeds over 100 miles per hour, Fox 13 reported.

According to the Wendover Police Department’s Facebook page, a 2022 Tesla occupied by a family of five from Utah County was traveling over 100 miles per hour on the salt flats. The vehicle collided with an earthen berm with very little braking. Fortunately, all five occupants had non-life threatening injuries.

“Seatbelts and airbags were credited for reducing injuries. All five occupants were transported to the University of Utah hospital,” the department said. Although the department didn’t share what type of Tesla it was, it looks like it might have been a Model Y or a Model X.

The Bonneville Salt Flats is around 12 miles long and five miles wide covering around 300,000 aces. Many drivers visit to see how fast they can go. The salt flats are often used to test concept vehicles and vehicles built for speed.

According to the Bonneville Salt Flats website, the salt flats are used for land speed racing, archery competitions, photography, videography, and scientific research projects. A large flooding event took place last month due to excess rain that led to the cancellation of Speed Week. With this in mind, the website advised not to drive on the salt flats when wet due to the damage caused to the delicate salt layer.

Tesla vehicles are well known for protecting their occupants during horrific accidents. I recently interviewed one Tesla owner who was hit by a BMW in 2019. She was picking up her children from school in her 2018 Tesla Model 3 when the BMW smashed into her causing her car to spin and crash into a pole. The pole landed on the roof of the car which held; saving the lives of Anna and her children. You can read her story here.