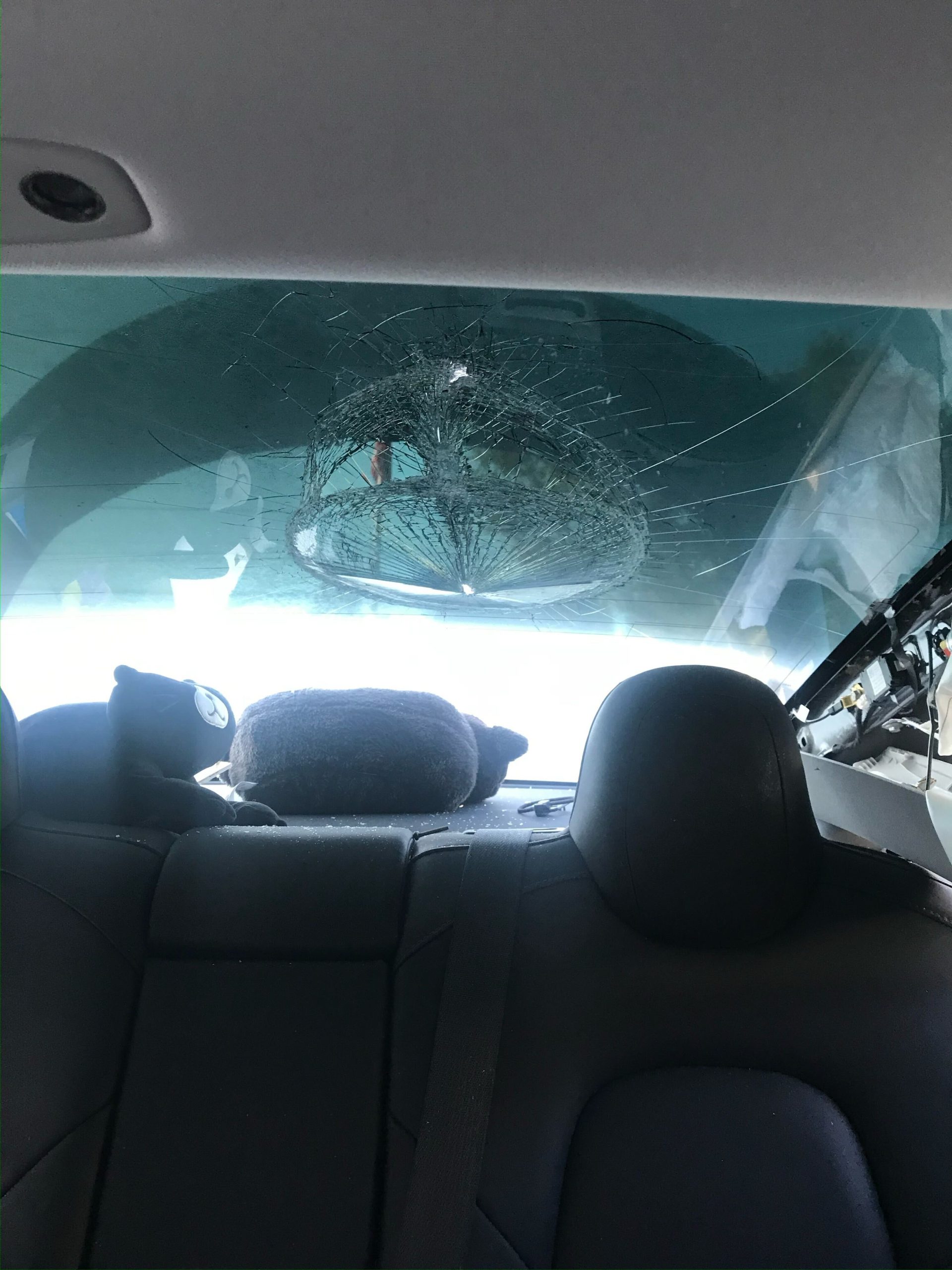 Interview with Anna: “My Tesla saved our lives”

In an interview with Teslarati, an early Tesla Model 3 owner, shared her story of how her Tesla saved her and her family’s lives when they were hit by another car. Anna Febiana was picking up her son and daughter from school and were just minutes away from their home when they were struck by a BMW.

Anna took delivery of her Model 3 in December of 2018 and the accident happened on October 1, 2019. Although it happened two years ago, this was a hard story for Anna to share due to the trauma but she believed that people need to know that her Tesla saved her and her family’s lives.

“That was a Thursday afternoon and the crazy thing is that people think accidents happen on the freeway or the busy street. No, it was two miles away from my house at a quiet intersection. I was hit by a Series 5 BMW. I think it’s an older version, like the early 2000s. The car was bigger than my Tesla Model 3.”

The impact caused her car to spin twice and crash into a wooden street pole that fell onto the roof over her Model 3. It was the glass roof that prevented the pole from fully penetrating the roof. Although it left a hole, the glass held.

Tesla glass is a key safety design in its vehicles and it can not only protect drivers from UV rays but it can take on four times the weight of the car. This fact has been proven in multiple stories of accidents where miraculously, the occupants in the car survived.

“I don’t think we could have come out of the car to tell this story if it’s not for stable the Model 3 was. But also especially for my son, if it was not for how strong the roof of the car was, I don’t think he would be here,” Anna told me over the phone.

Anna’s daughter was sitting on the back passenger’s side where the impact occurred. Although she and her daughter had concussions, there were no bruises.

“The back wheel on the passenger side was completely crooked. My daughter was sitting there and because of how good the airbags were inside, I believe that saved my daughter. Both my daughter and I had concussions. My daughter had it a little bit worse than I had it. But there were no bruises on my daughter. It’s a miracle.”

Anna told me that she believed that God protected her that day through how safe the Model 3 was. She also didn’t realize how bad the accident was.

“After the accident, my son had all this corn-sized glass on top of his head and I didn’t have time to analyze anything. I was so shocked. My kids were in shock. My son had a bloody nose and half of his face was swollen.”

At that moment, her focus was on her children, not the accident itself. So she didn’t realize how bad it was until afterward. The car, she told me, didn’t flip over and they were able to leave the car.

When she saw the car after the accident, that’s when the gravity of the situation set in. She realized that all of the airbags had been deployed. And there was a big dent in the glass roof and a hole. The hole was above where her son was sitting. It was then she realized where those corn-sized pieces of glass came from.

“I don’t know if any other car has airbags the way Tesla designs the car with the airbags but with the strong impact, I had the side airbags deployed. The back–and I believe, as I said, saved my kids. That and how strong the car was.”

“My daughter got out of that crash with just a concussion. It’s a testament to how well built the car was.”

“When my car spun and stopped, the back of the car hit a street pole. I’ve never seen a wooden street pole anymore. I believe that the pole is the last of a kind in the city. It’s a wooden pole that held three different street signs. It was so heavy and I think that’s why the glass broke but it didn’t break completely.”

“Coming back and looking at the car, I got chills. Had it been any other glass or roof, I don’t think my son would be here today. He was sitting under that pole.”

Anna was the first person in her circle of friends to buy a Tesla. Many of her friends said that she was fancy and no, she was just tired of paying for service and maintenance and wanted to contribute to the planet by driving an EV.

After the accident, she told me that many of her friends had skeptical questions. She told them that she was alive because her car was a Model 3. And of course, she was going to get another Tesla.

“People need to know. This is a good car. It’s fancy for some people. But it’s safe and I will get it again. And we got another Model 3.”

Interview with Anna: “My Tesla saved our lives”