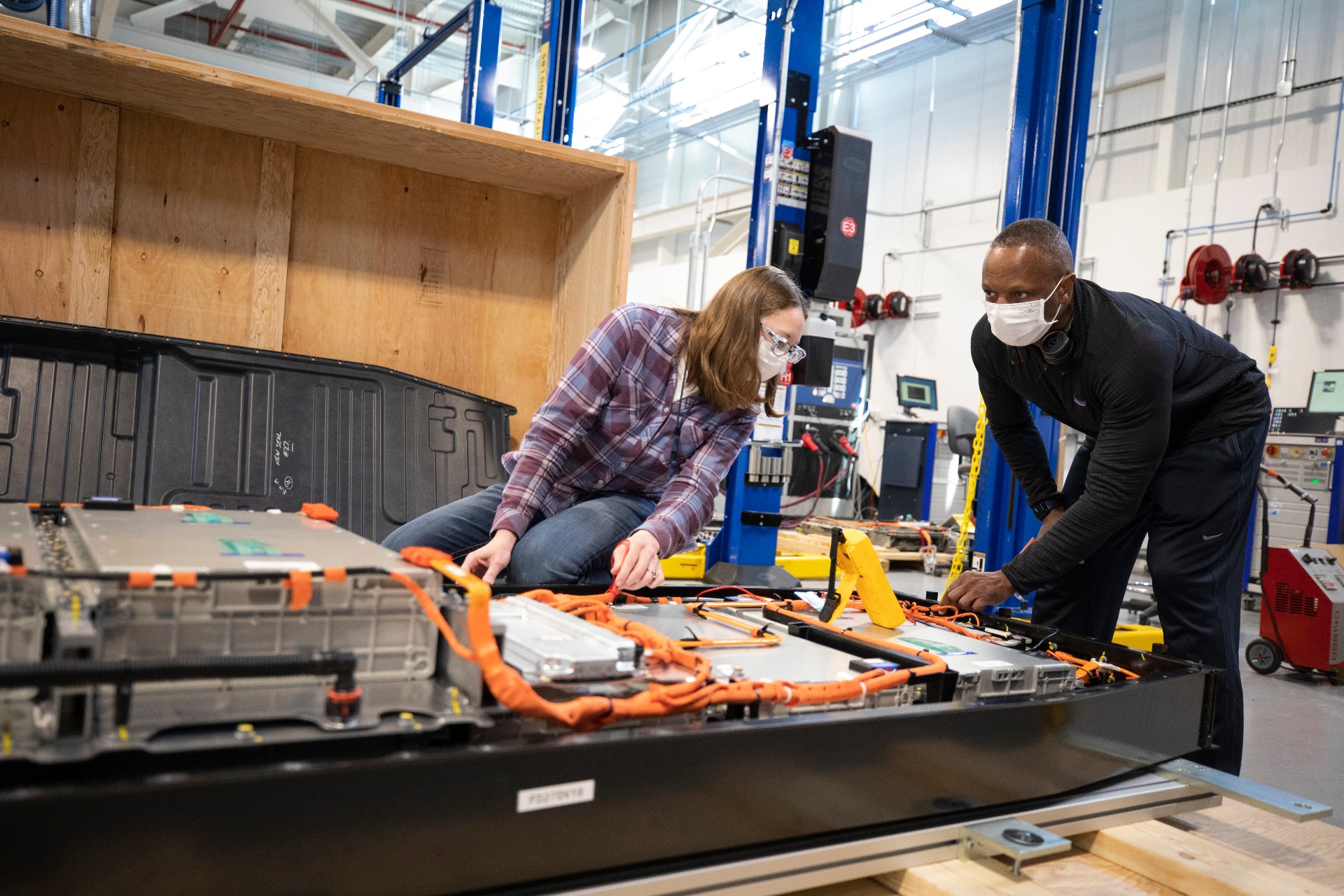 Ford has announced that it has signed a joint venture deal with South Korea’s SK Innovation in a monumental partnership that will manufacture EV battery cells in the United States. The announcement shows Ford has backtracked on its previous stance of manufacturing batteries in-house, after the company’s previous CEO Jim Hackett said there is “no advantage” to automakers building cells themselves.

Last night, Ford unveiled its F-150 Lightning pickup truck, an all-electric version of its highly-popular F-150 pickup that has dominated the U.S. truck market for years. Ford recently entered the electric vehicle sector with its Mustang Mach-E, a crossover that holds the legendary name of the muscle car that is synonymous with performance and aesthetics. Along with the Mustang Mach-E, Ford has unveiled the e-Transit van, an all-electric take on its chassis cab cargo van, and of course, the F-150 Lightning, which had its very public unveiling last night.

Now, Ford is making moves to increase battery cell supplies for its transition to electrification by entering a joint venture with SK Innovation. The venture will be called BlueOvalSK, and it was first reported by Reuters.

On the heels of a speech from President Joe Biden on Tuesday that outlined the importance of transitioning to electrification to not only fuel carbon neutralization efforts but also for secure American, unionized jobs, Ford is now taking extra steps to secure extra manufacturing jobs in its home country while aiming to avoid battery cell shortages.

Ford CEO Jim Farley told reporters on Wednesday night that “As the industry changes, we have to insource now.” Cells are the most important and most expensive portion of an electric car. A key way to reduce costs and remain more competitive in the EV sector is to produce cells through a partnership with suppliers or with a wholly-owned facility. Tesla does both, as the company purchases cells from LG Chem and CATL, and through a partnership with Panasonic at its Gigafactory Nevada site. Additionally, Tesla produces its own 4680 cells at the Kato Road facility in Northern California. These cells have yet to be installed into vehicles, but will be in the future and will decrease battery costs while increasing power, range, and efficiency.

Farley believes that the partnership will help avoid battery constraints for its vehicles, an issue that has plagued the automotive sector this year, except with semiconductors.

Interestingly, it is a major backtrack from what Ford’s former stance on battery production was. Last year, then-Ford CEO Jim Hackett commented on Tesla’s strategy to produce its own cells, stating it had “no advantage.”

“I’ve met with a number of the people that you know that are in the supply side of this. And it was our estimation, in fact, our whole team went through a really deep dive on this six months ago, that the supply chain has ramped up since Elon built his Gigafactory. And so there’s plenty there that does not warrant us to migrate our capital into owning our own factory. There’s no advantage in the ownership in terms of cost or sourcing as what Ford can draw on.”

After Farley took the helm at Ford on October 1, 2020, he seemed to indicate that things were heading in a different direction than Hackett indicated. “Absolutely, we’re discussing it as a team,” when asked about Ford’s potential to produce its own cells.

What do you think? Let us know in the comments below, or you can email me at [email protected] or Tweet me @KlenderJoey.