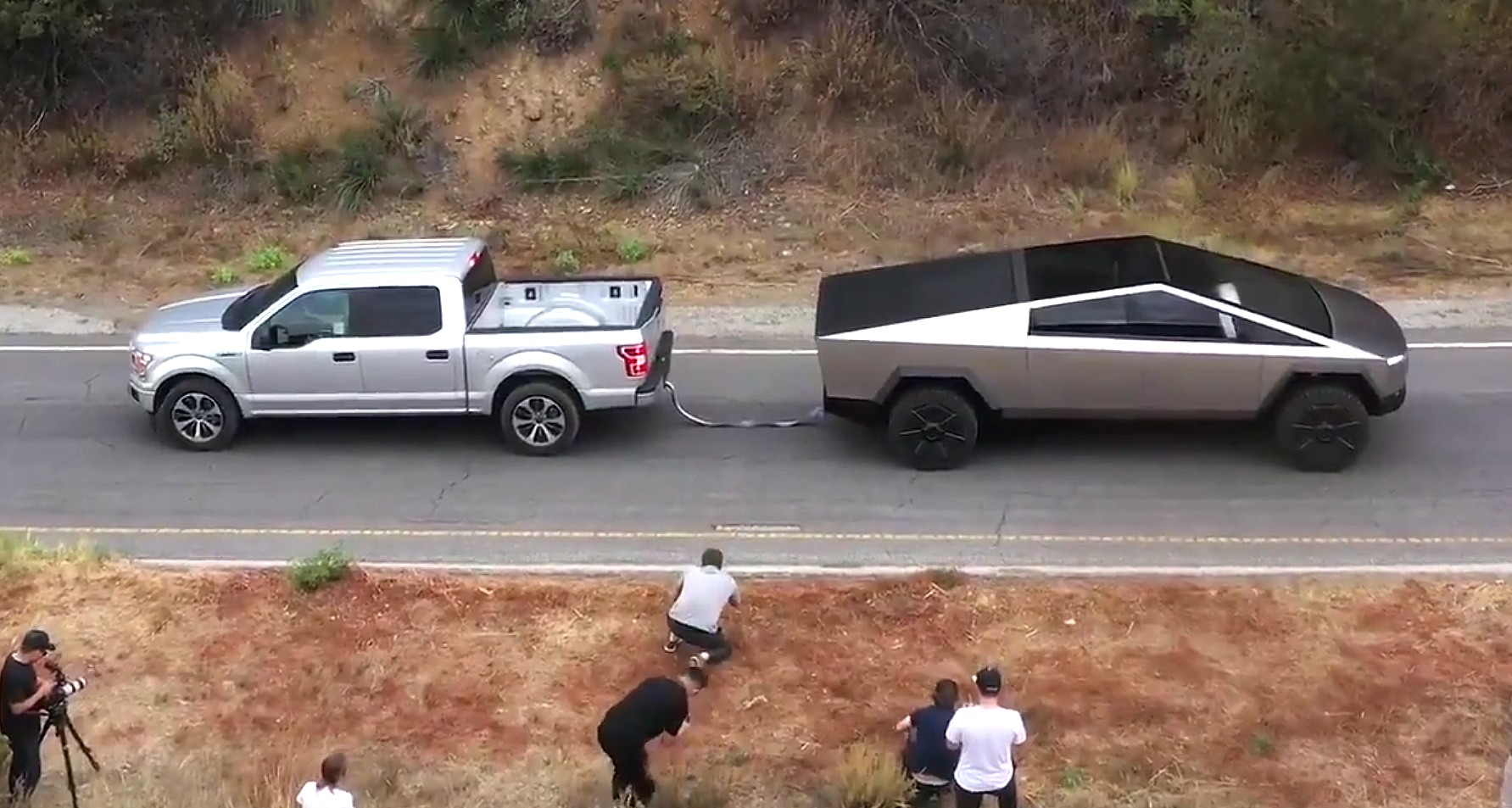 Opinion: The Tesla Cybertruck accelerated the Ford F-150 Lightning’s release, like it or not

During the Ford F-150 Lightning’s unveiling, the veteran automaker proudly presented a vehicle that has the potential to carry the company well into the age of electric cars. But inasmuch as the F-150 Lightning is impressive and worthy of its flagship EV status, Ford may have a competitor and unlikely ally to thank for its release. This competitor is the steel beast from Silicon Valley, the Tesla Cybertruck.

It should be noted that just a few years ago, the EV landscape was much different for Ford and its fellow veteran automakers. In 2019, it appeared that the electric pickup market was destined to be yet another niche segment populated by expensive EVs that were out of reach for the conventional buyer. Back then, the Rivian R1T seemed to be the electric pickup truck to beat, after it debuted in late 2018 and impressed the car community with its novel features.

Inasmuch as Rivian captured the attention of EV enthusiasts, legacy auto, at least from the perspective of a layman, seemed to be quite uninterested in the battery-electric truck market. This was one of the reasons why Ford inspired a ton of headlines in January 2019 when then-president of global markets and now-CEO Jim Farley announced that the F-Seres was getting electrified. “We’re going to be electrifying the F-Series — battery electric and hybrid,” he said.

It was a shock to the United States’ automotive industry, with longtime industry observer and Autoline This Week host John McElroy highlighting the gravity of Farley’s statement. “When he says ‘battery-electric,’ what I’m taking that to mean is a battery electric vehicle. Pure electric. They’ve said they would have a hybrid plug-in version of the F-150. But this is different than what they’ve talked about in the past,” McElroy said.

But while Ford’s announcement showed that it could talk the talk, the company didn’t necessarily walk the walk. Even after Ford showed off the capabilities of the electric F-150 by having the vehicle pull a freight train loaded with other F-150s, the company proved very elusive about its plans for the vehicle. Speaking to Yahoo Finance’s The First Trade following the electric F-150’s 1-million-pound demonstration, Ford Chief Product Development Officer Hau Thai-Tang was asked about the upcoming vehicle’s release.

The Ford executive’s answers about the all-electric truck were very reserved. When pressed further, the executive simply remarked that the battery-electric F-150 was “still a couple of years out,” though he did highlight that the F-150 Hybrid would be released first.

This noncommittal stance was prevalent for much of 2019. Ford’s longtime rival, General Motors, also announced then that it had a program for an all-electric pickup truck. During a quarterly earnings call, GM CEO Mary Barra stated that the company intends to “create an all-electric future that includes a complete range of EVs, including full-size pickups. She also noted that details about GM’s battery-electric pickup would be shared “when competitively appropriate.”

But something happened at the end of 2019. In November 2019, Tesla took the wraps off its all-electric pickup truck. It was a vehicle that Elon Musk has been mentioning for years, and in the months leading up to its unveiling, the CEO had been setting the public’s expectations. Musk noted that the Cybertruck would probably be polarizing, and he even stated that if it were to flop, Tesla would simply make a more conventional pickup truck. The Cybertruck proved to be everything that Musk said it was, and more. With its angular design and unpainted steel body, the Cybertruck was unlike any vehicle on the road, and it barely looked like a pickup truck.

Its appearance, together with the Armor Glass demonstration that ended with the Cybertruck’s driver’s side windows getting cracked, resulted in the futuristic vehicle becoming a meme overnight. Tesla fans learned to love it, and critics made sure to point out how strange and ugly it looked. But amidst all the memes about the Cybertruck’s looks and its failed Armor Glass demonstration lay something notable—Tesla’s all-electric pickup truck had some serious specs.

While the Cybertruck’s looks were amusing to critics, its specs were very real, and most of all, it was cheap for the features that it offers. Starting at less than $40,000 and capable of towing 14,000 pounds, it was a threat to the status quo, especially as it could become attractive to businesses and people who value low operating costs and a rapid return of investment. After all, Tesla may be known for its delays, but the company never overpromises on its vehicles’ capabilities.

Something seemed to change after the Cybertruck was unveiled. Just months after the Cybertruck’s launch, GM revealed its Ultium batteries, which was announced together with a number of new all-electric models. By October 2020, GMC launched the Hummer EV, a gargantuan all-electric pickup truck designed for serious off-roading. GM may never admit it, but signs pointed to the Hummer EV’s development being rushed. The automaker unveiled the vehicle with a CGI video and a prototype that barely moved.

This was very different from the strategy of Tesla and Rivian, of course, both of whom unveiled fully-working trucks. Tesla even had the Cybertruck take attendees for a test ride for several hours following its unveiling. GM Chief Engineer Al Oppenheiser admitted as such in a statement to EV publication Green Car Reports. Oppenheiser revealed that the Hummer EV was only 18 months into its development cycle when it was unveiled, which was a very short time for a legacy automaker.

“Interestingly enough, we don’t have a vehicle yet. We’re building our first test vehicle as we speak; the vehicle you see in the video is our display vehicle,” he said. GM, of course, eventually started demonstrating the Hummer EV’s capabilities in real-life settings later on. But by then, it was practically evident that the automaker was moving as fast as it could to enter the all-electric pickup truck market with a competitive edge.

Ford seemed to have accelerated its battery-electric truck program as well, and now the Ford F-150 Lightning is here. And unlike the Hummer EV, it seems to be ready to go. The Rouge facility seems ready to produce the vehicle, though the ongoing chip shortage is still looming in the background. There’s also the issue of securing enough batteries for the vehicle, considering that the F-150 is expected to demand equally large battery packs to hit its targeted 300 miles of range.

Overall, it appears that the rush is now on to produce the first mainstream electric pickup truck. And so far, it appears that the battle will be waged by the Ford F-150 Lightning and the Tesla Cybertruck, considering their comparable starting prices. But while the F-150 Lightning loses out in key features such as range and towing capacity, it does have the pedigree and reputation of a tried and tested pickup brand and a design that is as conventional as it is comfortable. And that, ultimately, could be a trump card for the electric revolution as a whole.

The battle is on for America’s most popular automotive segment.

Opinion: The Tesla Cybertruck accelerated the Ford F-150 Lightning’s release, like it or not