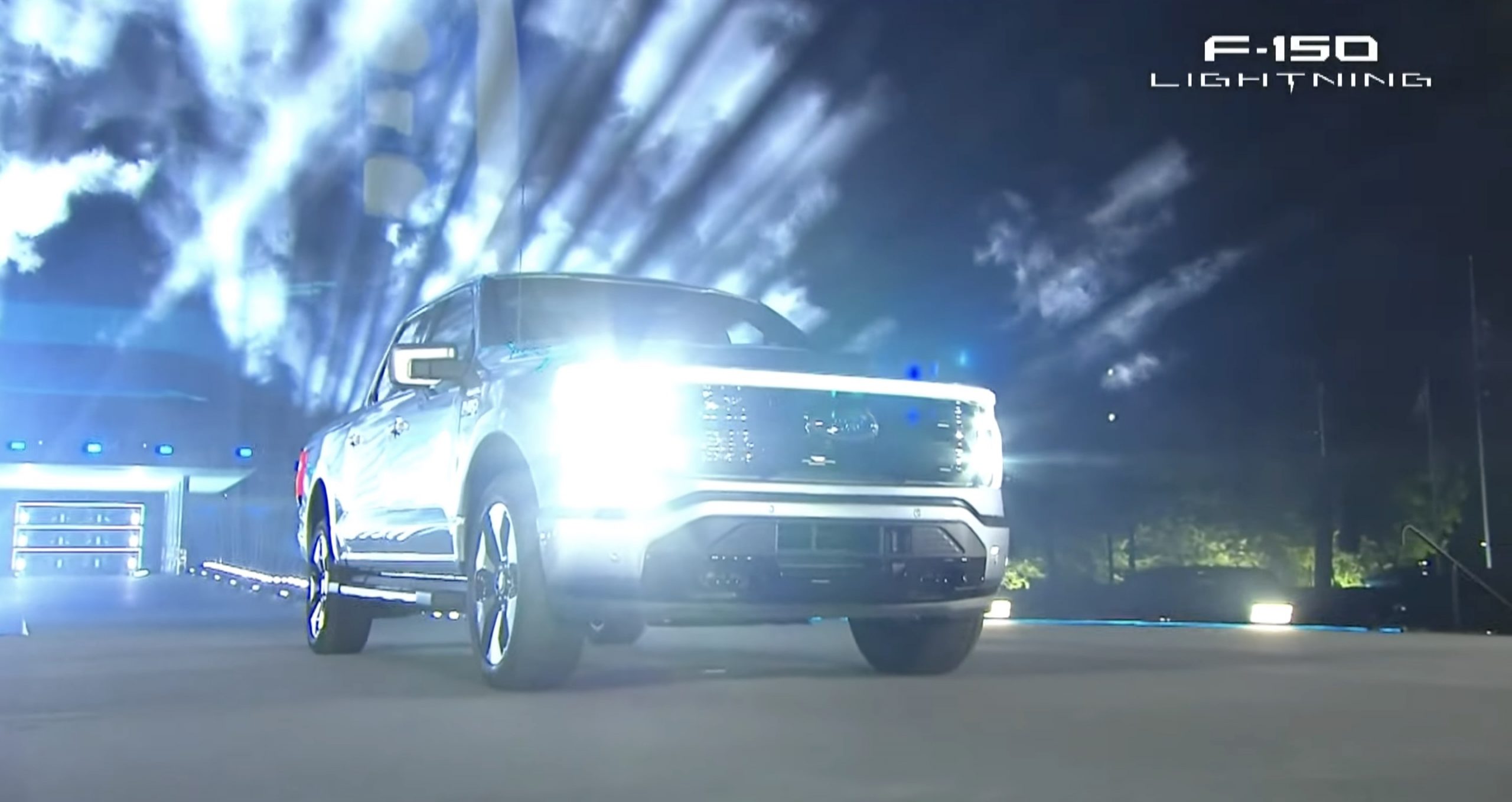 Ford plans to launch the F-150 Lightning in Spring 2022. It will be built at the Rouge. Ford’s Executive Chair Mr. Bill Ford noted that the Lightning will not only be made in America but “for America.”

The F-150 Lightning is targeting an EPA-estimated range of 230 miles. An extended range battery is expected to offer a range of 300 miles.

According to Ford, the Lightning will run 0-60 mph in the mid-4-second range. Ford CEO and President Jim Farley noted that it is faster than the Ford Raptor. It will be able to tow up to 10,000 pounds.

The Ford F-150 Lightning is a work truck, and it is equipped like one. The vehicle offers an available 9.6 kW of max power through 11 outlets–four 120V outlets in the frunk, two in the cab, and four in the bed. The bed also features a 240V outlet for higher-powered machinery.

The F-150 Lightning will also feature Ford’s Intelligent Backup Power feature, allowing owners to use the vehicle as a backup power source for their homes. The vehicle is also equipped with an Intelligent Range feature, which calculates range based on the vehicle’s payload.

Being a flagship EV, the F-150 Lightning will feature Ford’s BlueCruise system, which the company describes as a “hands-free” system. It also features an interior similar to the Mustang Mach-E, with its portrait display with a dedicated volume knob.

President Biden seems to recognize the role Ford could play in his plans for EV adoption. The POTUS visited Ford Motor company’s Dearborn plant in Michigan yesterday and took the F-150 Lightning out for a spin.

Ford’s F-Series trucks, which includes the F-150, were the top-selling vehicle line in 2021. With the F-150 Lightning, Ford hopes to drive the transition to electric vehicle much faster in the United States.