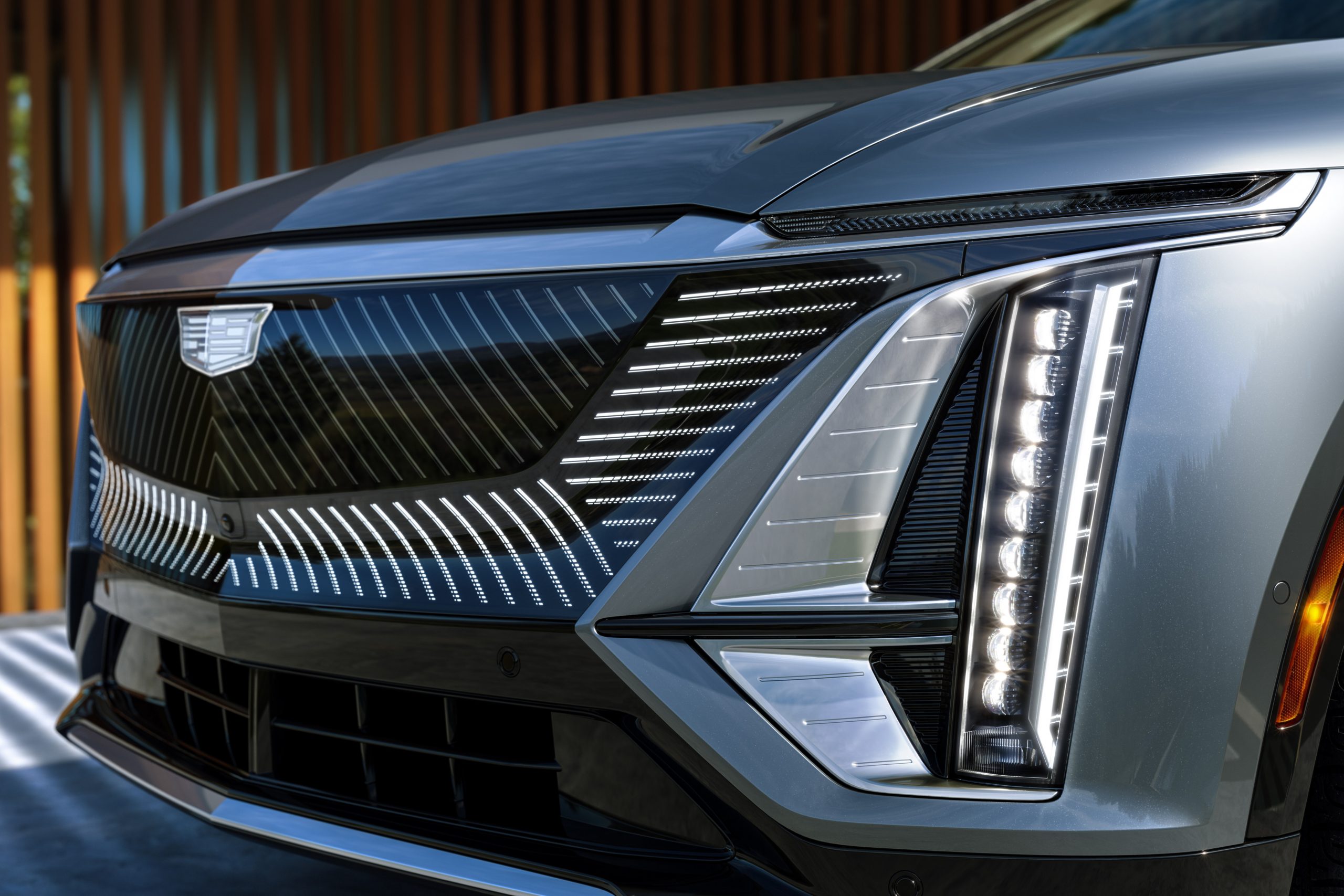 The distinctive black crystal grille is one of the LYRIQ’s most unique and expressive design elements. It is also a dynamic feature, as it is part of a dramatic lighting choreography that greets the owner upon approach.

General Motors’ Cadillac brand is set to eliminate around 40% of its U.S. dealerships and roll out a new electric SUV, hoping to ease into a more-committed adoption of electric vehicles.

GM is one of the largest automotive brands globally and has been involved in the development of electric vehicles for several years, thanks to the Bolt, an EV under the automaker’s Chevrolet brand. However, GM is not one of the leading players or contributors currently in the EV sector, as it plans to scrap gas engines by 2035. This date, set well into the future, has not sat well with many EV enthusiasts, who have petitioned for a more committed and serious goal for GM, who plans to roll out a $35 billion investment in electric cars by 2025.

Cadillac, one of GM’s luxury brands, is planning to make a more committed effort toward electrification starting at the dealership level. While Cadillac does have the LYRIQ, which is set to roll out sometime in 2023, it knows the switch to EVs is inevitable and is modifying its infrastructure in a manner that would ease the difficult transition from gas-powered vehicles to electric ones. A new report from Reuters states that the Head of Cadillac’s Global Brand, Rory Harvey, says 560 dealers will be active in the U.S. network by the end of the year, a sharp decrease from the 920 locations the brand operated in the United States in 2018.

Cadillac spent a total of $274 million since the beginning of 2020 to buy out dealership locations that were not prepared to invest between $200,000 and $500,000 per store to lineup the training and equipment needed to embrace a complete transition to EVs. Cadillac plans to be 100% electric by 2030.

While the number of locations will dwindle to just 560, Cadillac will open new showrooms in well-established areas and cities like New York City, Beverly Hills, Atlanta, and San Francisco. Interestingly, many electric automakers have slotted out these cities for their initial showrooms. As introductory products are usually more expensive due to their position as a capital raising outlet, it is a common strategy for automakers to set up sales floors in high-income areas. The early vehicles from many of these automakers will be more expensive as they will funnel capital to future projects, just like the Tesla Roadster did for later models.

However, Cadillac’s real focus does not lie in the United States but in China. Garvey has said that it has not had to restructure retail operations there. Instead, the brand is experiencing a 20% increase in sales through the first nine months of 2021, resulting in nearly 181,000 sales in China through September.

It is clear that Cadillac will not scrap its showroom plans altogether. Instead, sales and service will still happen at dedicated dealership locations. It will not sell its vehicles directly to consumers like Tesla, Rivian, and Lucid.