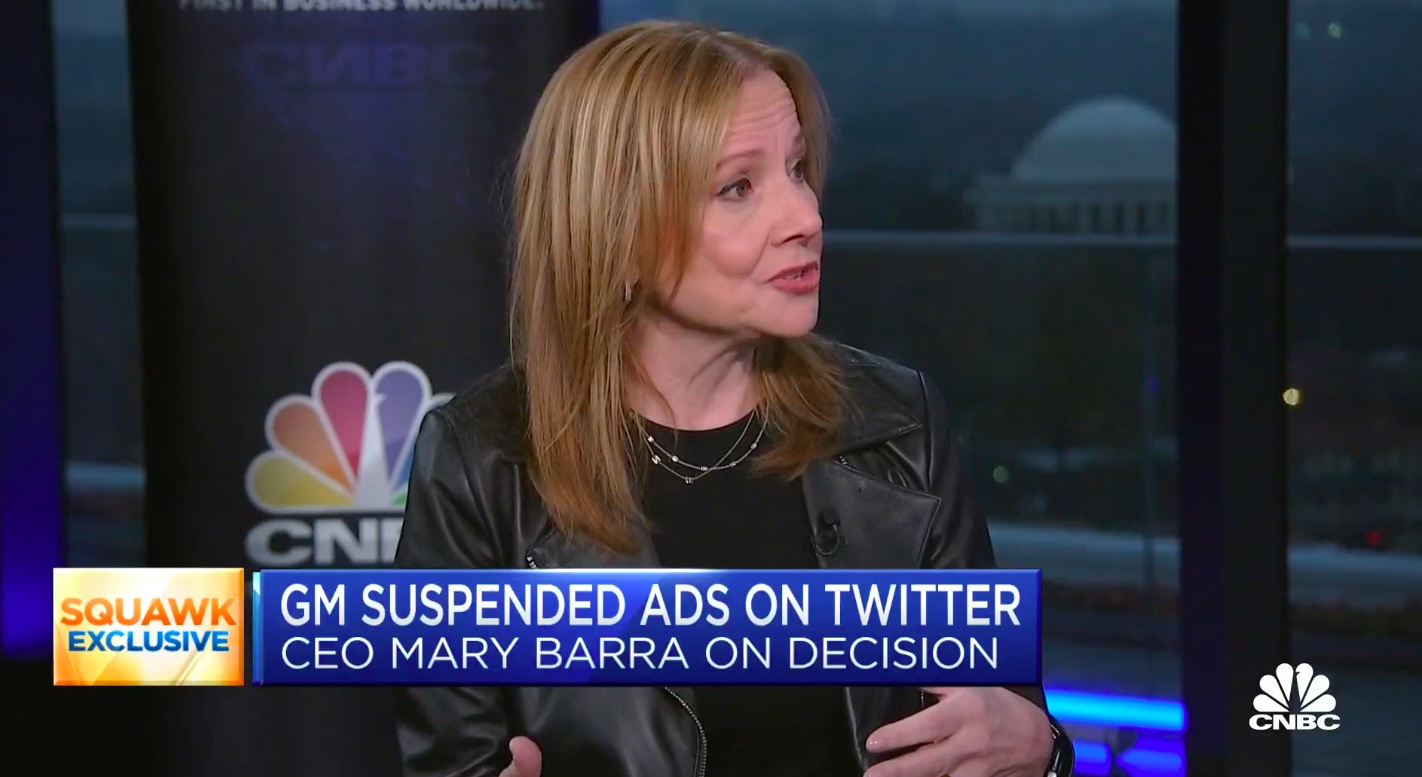 General Motors CEO Mary Barra recently explained the rationale behind the veteran automaker’s decision to pause its advertisements at Twitter, the social media company recently acquired by Tesla CEO Elon Musk. Barra noted that GM wants to make sure that its advertising strategies are kept confidential.

During a recent appearance at CNBC’s Squawk Box, the GM CEO was asked if the company’s decision to pause its Twitter ads was a way to “punish” Elon Musk or Tesla. GM and Tesla are competitors in the electric vehicle segment, after all, with Barra mentioning in the past that GM can eventually overtake Tesla. The GM CEO made it a point to highlight that the automaker’s advertising pause is not a shot at Musk.

“We pause, which I think any time there’s a major change in a company, we look to make sure we understand what the new philosophies are gonna be. Our teams are having conversation. You also have to remember it’s also a competitor, so we wanna make sure our advertising strategies are kept confidential. So the teams and I have been having ongoing conversations,” Barra said.

While the departure of advertisers has cast a shadow over Elon Musk’s takeover of Twitter, the Tesla CEO has noted recently that some advertisers have already resumed their ad campaigns on the social media platform. These include Apple, one of Twitter’s largest advertisers, and recent reports have suggested that Amazon might soon be following suit.