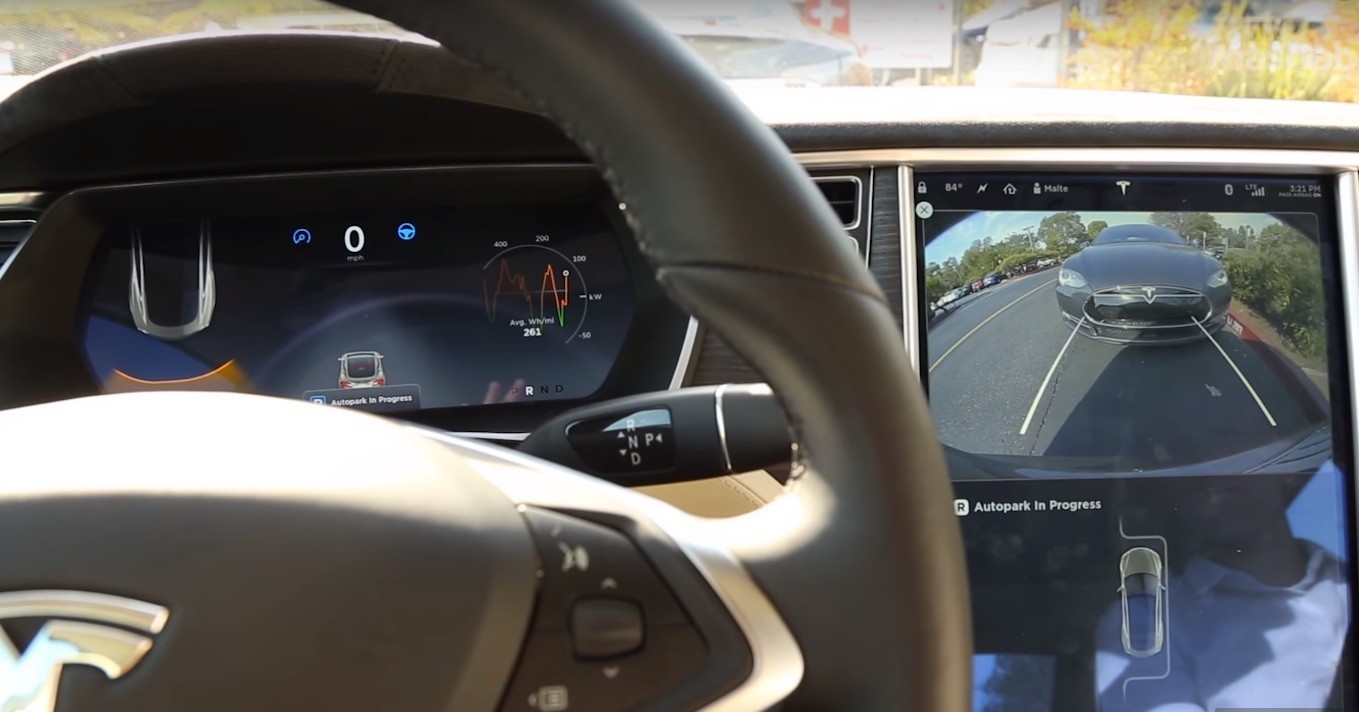 Tesla Version 7 introduces an ‘Autopark’ feature as part of the Autopilot suite which will allow the Model S (and Model X) to parallel park itself. Using a combination of radar, ultrasonic sensors and cameras, the Tesla will prompt the driver to initiate Autopark by a simple touch of a button from the 17″ center touchscreen.

No different than if you were to parallel park yourself, pull forward while next to the vehicles as you normally would at a slow speed (below 10 mph) until a “P” appears on the instrument panel. This is your indicator that the vehicle is ready to parallel park itself.

Shift the vehicle into (R)everse while keeping your foot on the brake to begin the next process. TIP: A curb must be present before Autopark can be initiated. At this point sit back, relax, and remove your hands from the steering wheel. The vehicle will begin self-turning and maneuver itself into the designated parking space with precision. The instrument cluster and center touchscreen will read “Autopark in Progress”.

Once the vehicle has successfully parked itself, a chime will sound along with a message that reads “Autopark Complete”.

TIP: The Autopark process can be aborted at any point by stepping on the brakes or tapping the “CANCEL” button on the touchscreen.