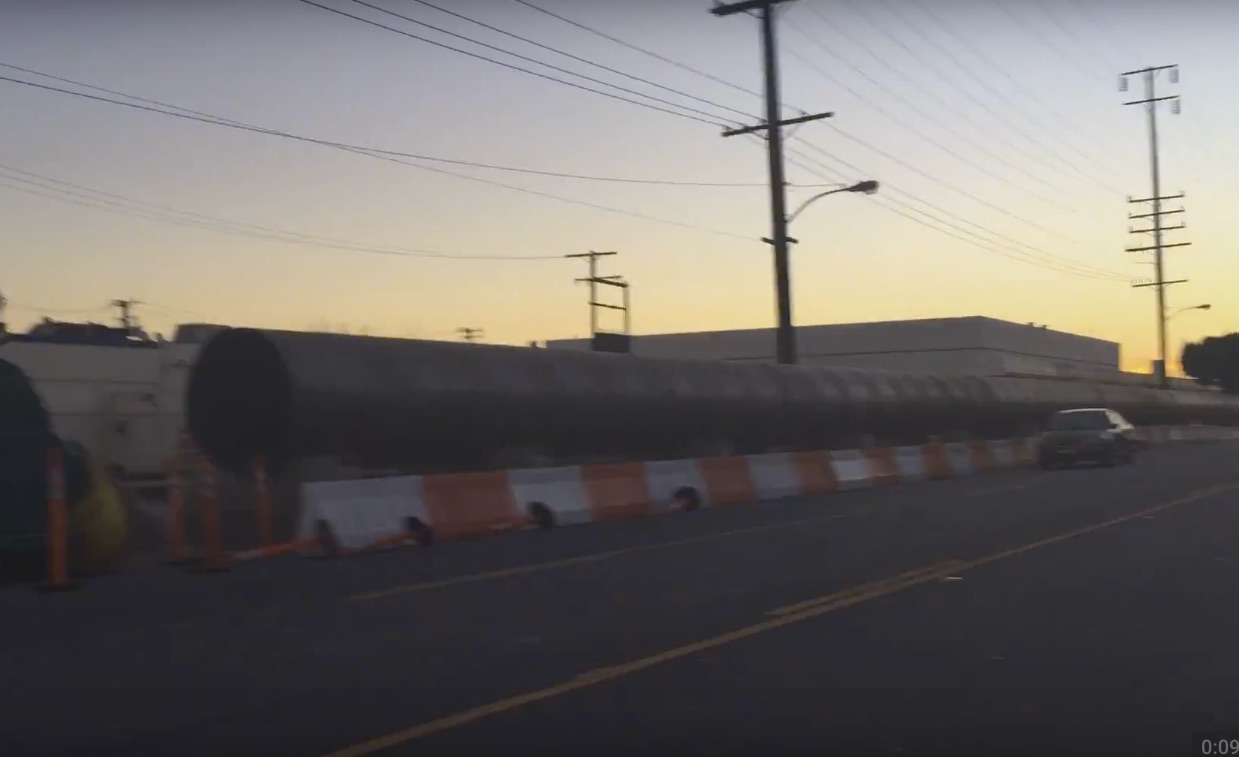 Things are heating up before the upcoming Hyperloop competition in early 2017. Elon Musk’s vision for a futuristic transportation system using a near pressureless tube that would carry passengers at more than 500 mph, roughly the speed of a commercial passenger plane, is about to become a reality come January of next year.

A video captured by the hosts of Talking Tesla podcast show a Hyperloop test track being constructed alongside the 1-mile stretch of road – Jack Northrop Ave – behind SpaceX and the Tesla Design Center in Hawthorne, CA.

The location is no stranger to spectacular sightings. Just recently, a brand new Falcon 9 rocket wrapped in black plastic was seen being transported down the same street. This is also the same location where SpaceX’s rocket was put on display and memorialized as the first rocket to have landed on its own after blasting into orbit.

The 1-mile long Hyperloop test track is being sponsored by SpaceX and will be used in the upcoming design competition aimed at finding the best pod design.