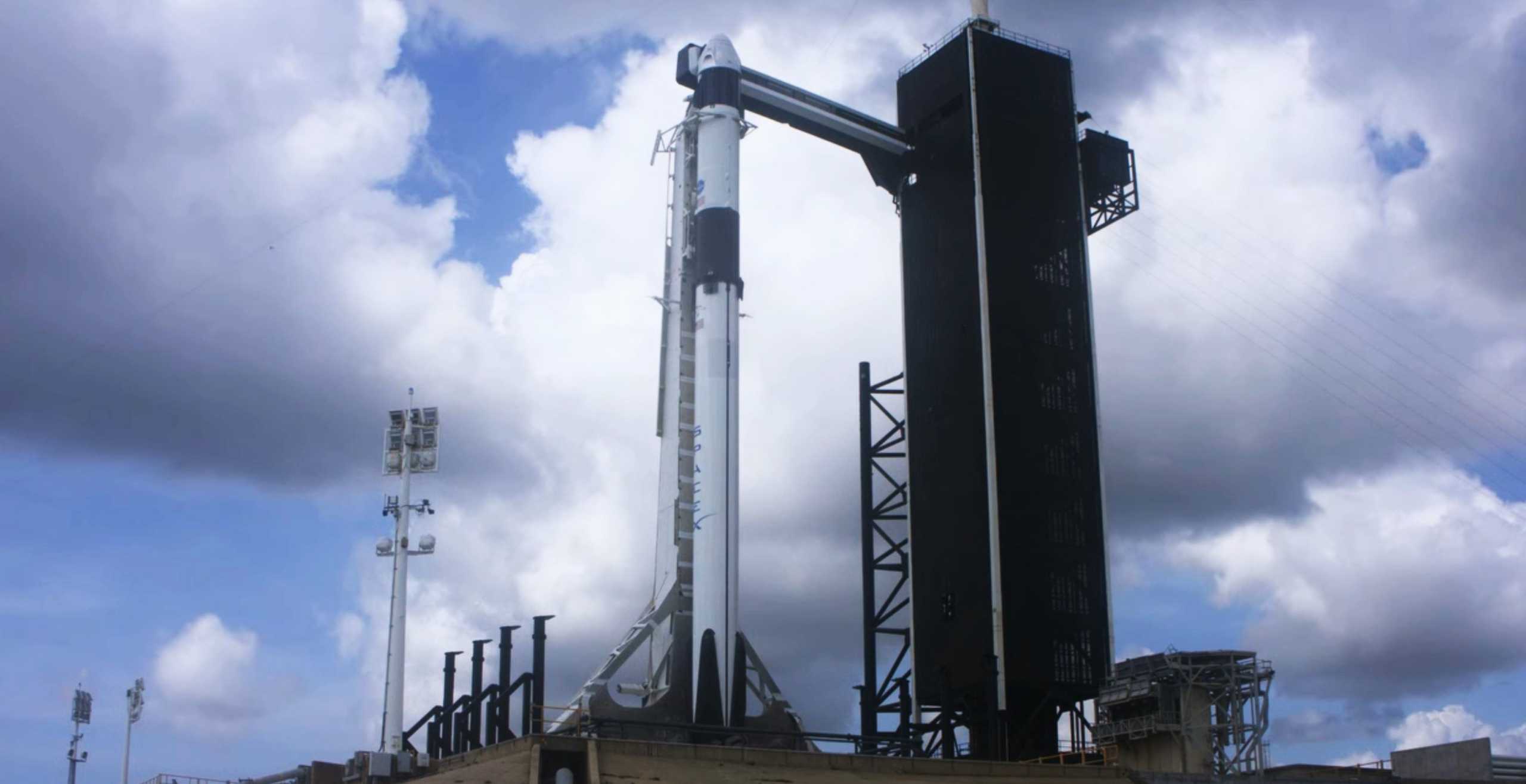 NASA and SpaceX are ready for a second attempt at a historic astronaut launch. (SpaceX)

SpaceX and NASA are on track for the private launch company’s second shot at their astronaut launch debut, set to be broadcast live from start to finish.

Even more so than SpaceX’s first May 27th attempt, weather continues to be the biggest challenge threatening delays to the historic mission, itself an impressive achievement for a vehicle, rocket, and system as complex as the Crew Dragon spacecraft, Falcon 9 rocket, Pad 39A facilities, and NASA astronauts Bob Behnken and Doug Hurley. With weather predicted to be ~50% favorable come liftoff, SpaceX and NASA are still proceeding to the countdown and remain scheduled to launch at 3:22 pm EDT (19:22 UTC).

As previously discussed on Teslarati, Crew Dragon astronaut launches are going to be uniquely sensitive to weather conditions.

“For two interconnected reasons, SpaceX’s Crew Dragon astronaut missions are going to be extraordinarily sensitive to weather restrictions come launch day, a fact that has come to partially dominate the tone of Demo-2 preparations over the last few days. First and foremost, NASA’s single highest priority for crewed Commercial Crew Program (CCP) launches is and will continue to be astronaut safety.

As a direct result of SpaceX’s significant safety improvements, it and NASA are ironically going to have a more challenging time launching Crew Dragon as dozens of possible abort splashdown locations stretching across the Atlantic Ocean will have to be constantly monitored for weather violations. SpaceX Vice President of Build and Reliability Hans Koenigsmann described the method of weighing those dozens of sites as an extremely complex algorithm, suggesting that unacceptable weather in certain spots might not fully delay a launch opportunity.”

The challenges, however, are undoubtedly worth it. SpaceX’s inaugural astronaut launch will arguably be the single most important launch in the company’s 18-year history.

“The stakes have never been higher for the 18-year-old Elon Musk venture. If successful, Demo-2 will catapult the company into an unprecedented era, proving countless traditional aerospace naysayers wrong and beating the likes of Boeing to the punch — all with a self-built reusable rocket and spacecraft that are dramatically cheaper than their closest competitors. It will be the single most encouraging step SpaceX has taken towards the permanent settlement of the solar system. On the other side of the double-edged sword, if things go south, it’s hard to exaggerate the scale of the setback and road to retribution that would face the pioneering spaceflight company.”

As of now, NASA astronauts Bob Behnken and Doug Hurley have boarded the orbit-bound Crew Dragon capsule installed atop a Falcon 9 rocket at Pad 39A and could be just a few hours away from liftoff – weather permitting. Stay tuned for updates as we close in on a second attempt at the historic event and watch live as SpaceX and NASA complete the last steps before launch.