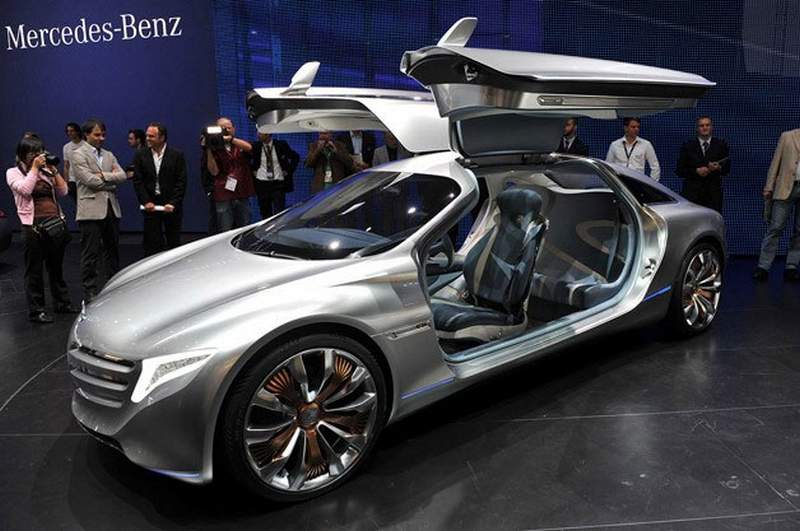 Dieter Zetsche, head of Mercedes Benz and owner of the most luxuriant mustache in the car business, told reporters this week at the Paris Motor Show that his company will be the top maker of premium electric cars in ten years, outdoing upstarts Tesla, Faraday Future, and Atieva.

“We have set for ourselves a target five years ago to become the number one car premium manufacturer. That was supposed to be reached in 2020, but it seems that we are awful close already,” Zetsche said. “So we can set a new target to ourselves and that is equally to be the leader in electric premium vehicles as well… this includes not just our current competitors, but new entries as well, including Tesla.”

Zetsche did acknowledge that Tesla is now the leader in the premium electric car segment but expects things to turn in Mercedes’ favor as it begins to release its own electric cars starting in the next few years. It says it will have 10 electric cars in its lineup by 2025.

Mercedes unveiled the first of those new vehicles at the Paris Motor Show this week. Scheduled for production in 2019 is the company’s EQ Concept, a 5-door sport utility vehicle that is said to have 310 miles of range, or 500 km. Mercedes claims the EQ Concept can add 60 miles of range in just 5 minutes of charging time and will feature dual motors, a 70 kWh battery, and propel the vehicle from 0-60 in under 5 seconds.

Unlike most other companies, which rely on one of the world’s major battery companies for the battery packs in their electric cars, Mercedes gets its batteries in house from Accumotive, a division of Daimler. Accumotive is also bringing residential and grid storage products to market to compete with Tesla’s Powerwall and Powerpack.

Zetsche was very forthright and upbeat in his conversation with Bloomberg, which was reported on by Business Insider. He says Mercedes is well on its way to bringing Level 5 autonomous cars to market and is already planning for the sharing economy that may see fewer cars sold than today. The interior of the EQ concept is actually designed for easy cleaning by its multiple users. Zetsche says with a smile that he is not worried about fewer cars being sold in total because he is certain a good portion of them will be Mercedes products.

Zetsche acknowledges that the cars of the future will need to be proficient in connectivity, autonomous driving, and vehicle sharing in order to be successful. They will also need to be powered by electricity. He is confident Mercedes will excel in all four areas. You can watch the entire interview with Dieter Zetsche in this video.