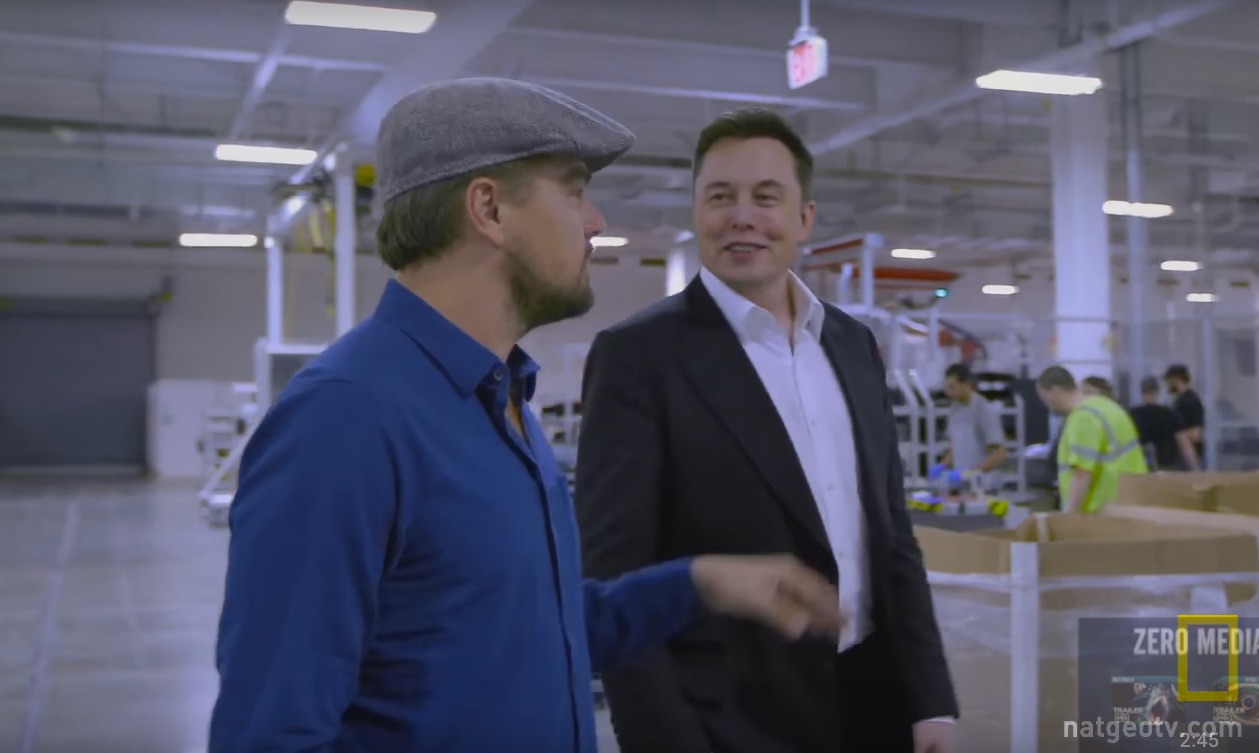 Since Leonardo DiCaprio’s meteoric rise to fame, he’s used his profile to promote a number of social justice causes, starting with Blood Diamond, which drew attention to the brutality implicit in the diamond trade. Last January, DiCaprio received the Crystal Award for “improving the state of the world” at the World Economic Forum in Davos, Switzerland. Esquire reported that he used his acceptance speech to rail against the “corporate greed of the coal, oil and gas industries” who “have denied and even covered-up the evidence of our changing climate.”

DiCarpio’s latest film, Before The Flood, a documentary produced in cooperation with National Geographic brings to light the increasing devastation on natural habitat as a result of climate change. It is no surprise that DiCaprio is a strong advocate for transitioning to a zero carbon economy, an idea that is near and dear to the heart of Elon Musk who has famously referred to burning fossil fuels as “the dumbest experiment in human history.” The impetus behind Tesla automobiles is to make society aware that driving an electric car can be a satisfying and rewarding experience, not something that requires sacrifice and hardship.

On Monday, DiCaprio met with President Obama, who appears in the new movie along with Pope Francis and other notables. During an informal discussion with the president, the actor was asked what sort of person would sign up to be aboard one of Musk’s colonization missions to Mars. According to Esquire, DiCaprio joked, “I did!”

Just last week, Elon made a presentation to the International Astronautical Congress in Guadalajara, Mexico detailing his plan to make mankind a muli-planetary species, starting with manned exploratory journeys to Mars. Last April, after a successful test of the Dragon 2 space capsule that will be used for the first Mars missions, Elon Muck proclaimed it was capable of landing “anywhere,” not just Mars. Clearly, Elon is already thinking beyond the Red Planet.

Below is the trailer for Before The Flood. It is probably no accident that its release will take place just weeks before the next presidential election.