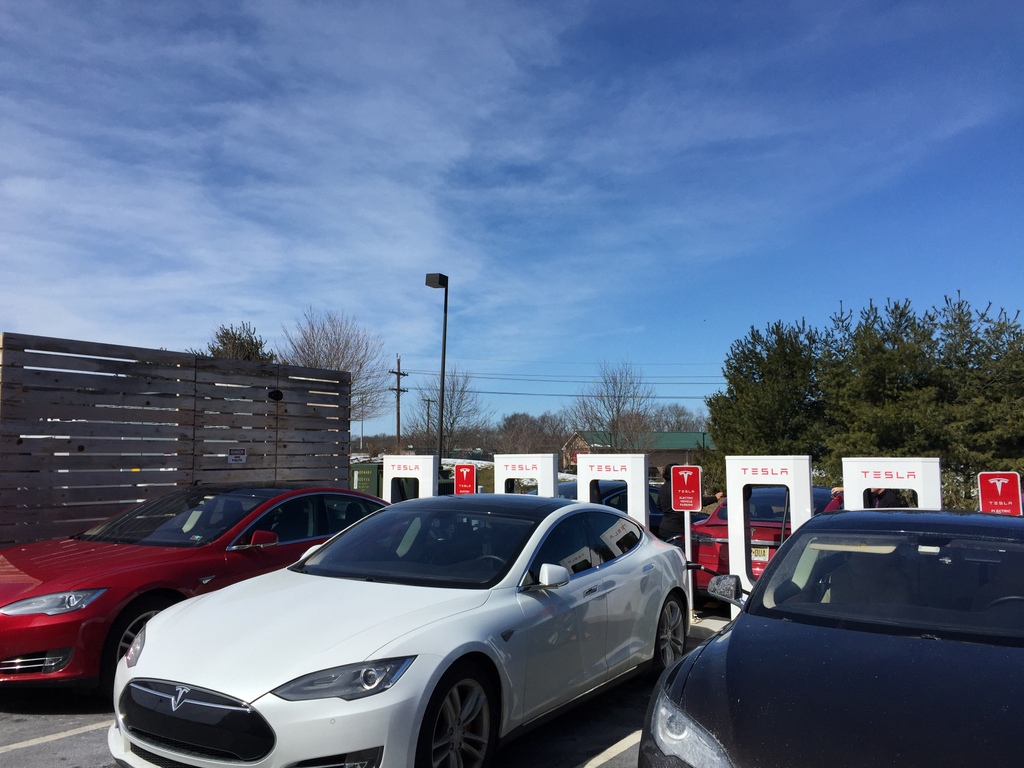 When my husband told me that his meeting in out of state last week was postponed, I was a little disappointed. You see it would be that meeting that would get our Tesla over the 20,000 mile mark just in time for our one year anniversary of ownership on December 4th.

Fortunately, it was rescheduled to today. For one fleeting moment last night, I mentioned how it is just a little bit crazy that he would be driving more than 3 hours each way to attend a 1.5 hour meeting. He reminded me that I was happy about the trip because of the odometer goal. This morning I received a text message from him:

I told him that it’s already been done. Nearly every owner I’ve ever spoken to has said they now drive more, even so far as making excuses to run errands or hit a new Supercharger. But then I thought about it for a minute and asked myself why. I came to several conclusions.

Mileage in the years before EV

In the “ICE Age” of cars, mileage is a bad thing. Used car ads tout low mileage or try to justify higher numbers with claims of mostly highway driving. Gasoline powered cars have thousands of parts that make up major systems such as the engine, fuel system, drive train, exhaust and transmission. Many of these parts have a life expectancy so if you put a lot of miles on your cars or buy used, you can expect to have to replace a water or fuel pump, belts, a muffler or even a whole transmission. What makes a gasoline engine so inefficient is heat loss. When you consider all that heat combined with so many small parts, some of which are rubber, it starts to make sense when you hear someone dreading their annual inspection because they wonder what part(s) they’re going to have to pay to replace in order to get the car to pass. It also starts to make sense when you learn that traditional car dealerships make more profit on parts and services than they do on sales. Gas cars are complex machines and the more you use them, the higher your risk of something going wrong.

How many miles you drive on a daily basis related to your work or school routine is a very personal thing. When we got our car, my husband’s daily work commute was 22 miles round trip. It is even shorter now. Mine, which the Tesla makes once per week, is 32. One gentleman I chatted with a bit last year when we were both waiting for our cars to be built drives well over 100 miles each day.  Some owners are retired. Some are medical professionals that work fewer than five days per week. For that reason, the total amount of miles you rack up can be very different than someone else. Yet for so many owners that I’ve spoken to, it is their non-commute mileage that is off the carts. They actually want to drive. The car is enjoyable, quiet, comfortable and fast. The internet radio keeps you company. And unlike the gasoline cars we’ve left behind, we are proud and almost eager to collect more miles.

Mileage is a badge of honor

I’ve come to the realization that mileage on a Tesla is a badge of honor. For one, it sort of blows detractors out of the water. Find me 10 people that think they “can’t” own a Tesla for a reason other than cost, and I’ll prove to 9 of them that they are wrong. Secondly, driving so many gas free miles is a fun way to stick it to big business – both oil and the auto industry as a whole. This is especially true in those states that ban Tesla’s direct sales model. A third reason is psychological. A small survey showed that many Tesla owners would not have otherwise chosen a car with a price tag close to that of their Model S. The more gas free miles you drive, the more you can justify the cost. In most cases, the cost of electricity at home is significantly less per mile than gas. In the case of long distance trips on the free super charger network, your fuel cost saving is 100%. (Add in a mileage reimbursement for business, and you may actually make a profit to take your Tesla while saving your company money compared to the cost of taxis and trains.)

It won’t be long before our Tesla, delivered in December 2014, has more miles on the odometer than our Hyundai, which was purchased in December 2012. It’s no wonder because aside from the fact that owning the Tesla makes us want to drive more, it also makes us want to drive the Hyundai less. Only one time in a whole year did we choose to drive that car. We had just washed and detailed the Tesla for my first ever local car show entry the following morning and didn’t want to get it dirty. Otherwise, I see no reason the two of us will ever be in the Hyundai together again.

How many miles does your Tesla have? Leave me a comment below!