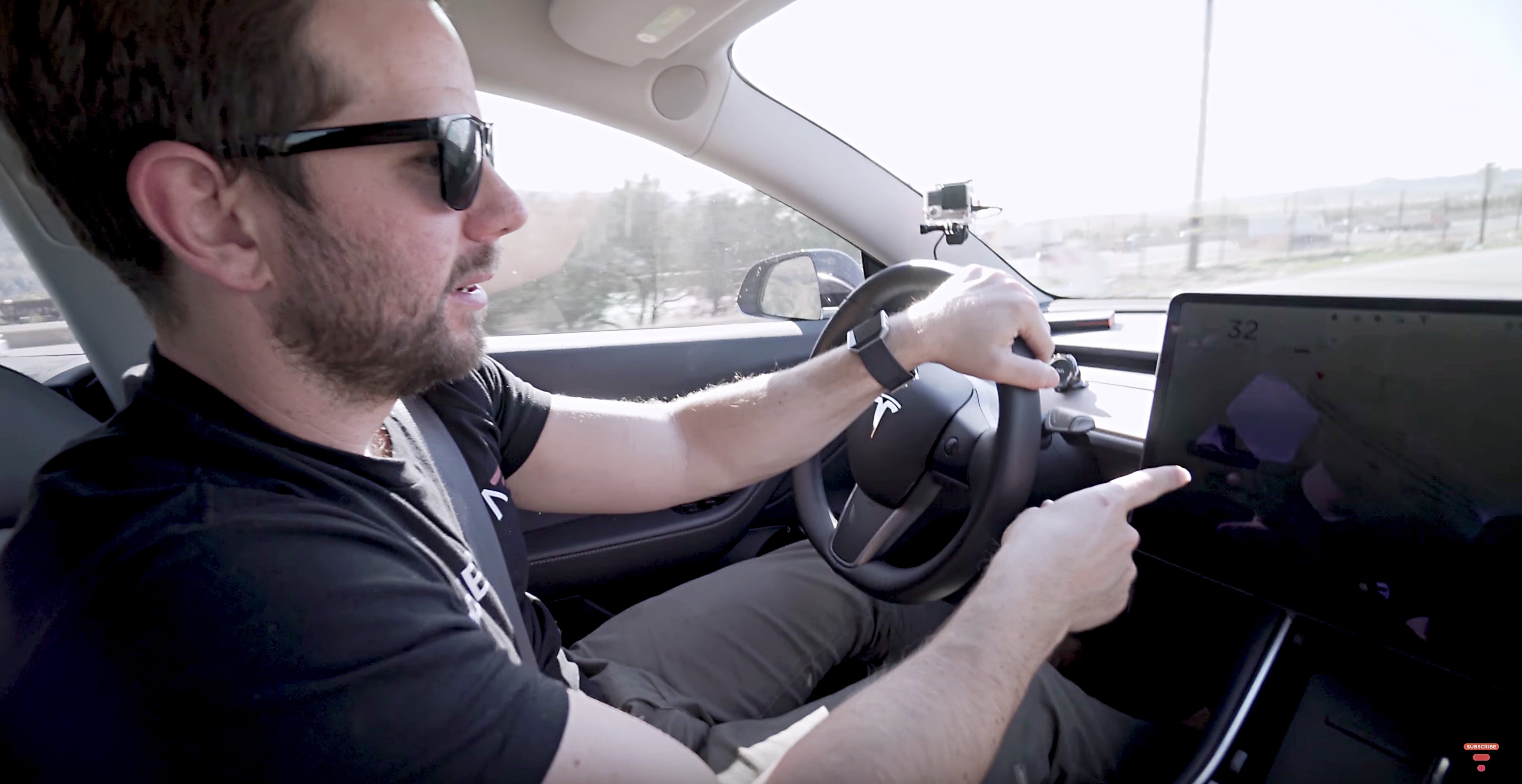 Ben Sullins of YouTube’s Teslanomics recently conducted a real-world battery range test for his Model 3. Starting with a full, 100% charge in San Diego, CA, the YouTuber went on a road trip headed to Las Vegas, NV in an attempt to see how long the electric car’s battery would last.

The Teslanomics host stated during the beginning of his real-world Tesla Model 3 battery range test that the distance from his starting point to Las Vegas was almost exactly 310 miles — the rated range for the electric car. Thus, if the vehicle’s battery lasts as long as it was estimated for, the car should run out of battery just outside Vegas.

It did not take long before it became evident that the vehicle was using up more range than expected. By the time the car was near Joshua Tree, CA, Ben’s Model 3 had an estimated 133 miles left. The vehicle had only been traveling for 139 miles by then. The Model 3 was mostly on Autopilot during the drive, traveling at highway speeds.

Ben and his companion in the Model 3 opted to stop for lunch at the Twentynine Palms Supercharger, though they did not plug the car in. As noted by the Teslanomics host, the charging station was roughly the halfway point between Las Vegas and San Diego. At that point, however, the Model 3 only had 90 miles left. The total distance traveled then was just 189 miles. Due to Phantom Drain, the Model 3’s range went down further as Ben had lunch, going down from 88 miles to 67 miles.

The Model 3 ultimately gave up after traveling 281.1 miles. As noted by the Teslanomics host, the electric car used up 75 kWh of power with an average usage of 266.8 Wh per mile.

Overall, Ben Sullins’ Model 3 did not hit Tesla’s estimated 310 miles of range for the electric car. As noted by the YouTuber, however, the modifications on his vehicle, such as Model 3 20-inch Turbine-style wheels, larger tires, and modified suspension, might have affected the endurance of the long-range electric car. This was echoed by several commenters on Ben’s video, many of whom noted that if Ben used his Model 3’s 18-inch Aero Wheels, which are designed to maximize range, the car could have lasted longer.

So far, Tesla is only producing the long-range RWD version of the Model 3. The standard-range version, which costs $35,000, is estimated to last 220 miles on a single charge. While Tesla is only manufacturing one variant of the Model 3, however, other versions of the car are set to be unveiled soon. Just recently, CEO Elon Musk stated on Twitter that the dual-motor AWD version of the electric car would probably be released July this year, after the company achieves a production rate of 5,000 Model 3 per week. Other options, such as white seats, will probably be available July as well.