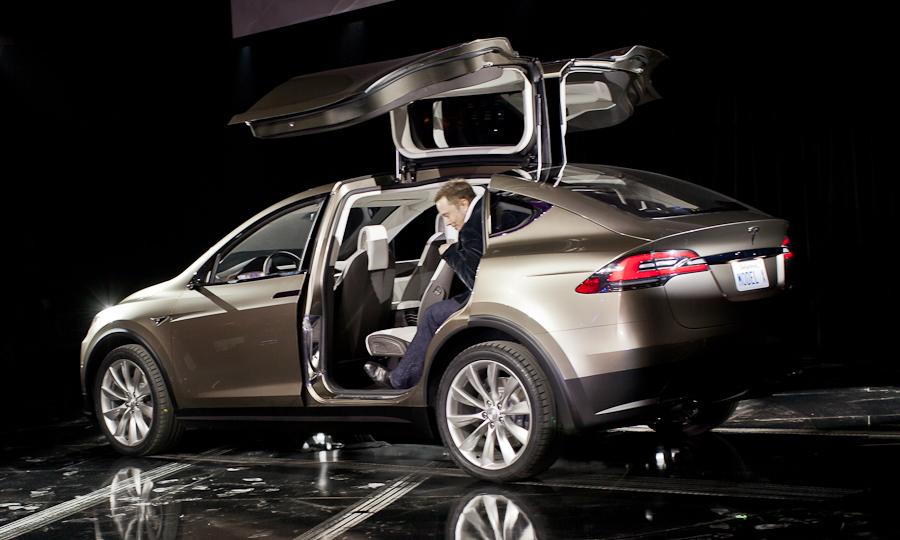 Tesla Motors has confirmed that production of its all-wheel-drive Model X electric crossover will begin in late 2014, a year later than the company had originally announced. The revised timing was described in the company’s Form 10-K filed with the Securities and Exchange Commission last Thursday.

When Tesla first revealed the Model X in February 2012, the company said production would begin at the end of 2013, with deliveries following in 2014. Nearly a year later, at the Detroit auto show last January, Elon Musk, Tesla’s chief executive, made the first public statement about the shift in the schedule. Mr. Musk said production of the Model X would begin in the second half of 2014, according to Reuters.

While Tesla has been saying since the Detroit auto show in January that Model X production would begin in 2014, “our recent 10-K was the first written verification of that,” Shanna Hendricks, a Tesla spokeswoman, said in an e-mail.

“I almost have trouble calling this a delay in Model X, because that makes it sound like we’ve run into problems with Model X, and it’s taking longer than we thought, and it’s out of our control,” Ms. Hendricks wrote. “When, really, we’re consciously pushing back timing to allow ourselves to focus on its production and product enhancements in Model S.”

While Tesla did encounter production delays and problems with its first car, the Roadster, deliveries of the first Tesla Model S sedans were made in early June 2012, a few weeks earlier than originally projected. But in the first few months of Model S production, the company fell short of its own targets, delivering only about 250 cars. By the end of last year, the pace had picked up.

Converting customers with reservations into actual deliveries is critical for the company’s financial health. Tesla reported a fourth-quarter net loss of $81.5 million but says it expects to be profitable sometime in 2013. “We are very focused on achieving profitability and maintaining that profitability,” Ms. Hendricks said.

Tesla has not started putting alpha or beta versions of the Model X on the road for testing, Ms. Hendricks said. Tesla is “still finalizing the design prototype that has been on display at both Detroit and Geneva motor shows,” she wrote. The crossover’s most prominent design feature is the use of “falcon doors,” which are hinged at the top and rise like wings.

The Model X is built on the same platform as the Model S sedan. Tesla’s 10-K document provides this description of the Model X: “This unique vehicle has been designed to fill the niche between the roominess of a minivan and the style of an S.U.V., while having high-performance features such as a dual-motor all-wheel-drive system.”

Reservations for the standard Model X require a $5,000 deposit, while the Signature version requires a $40,000 deposit.

Prices for the Model X have not been announced. Tesla’s 10-K document states: “We anticipate that we will make Model X available with 60 kWh and 85 kWh battery pack options, with pricing of each version similar to those of a comparably equipped Model S.” Prices for the Model S sedan include a standard 60-kilowatt-hour version for $69,900 and an 85-kilowatt-hour model for $79,900. Many buyers are eligible for a $7,500 federal tax credit.

The company continues to state Model X production targets of 10,000 to 15,000 cars a year. There is still some wiggle room on the actual start of production with Mr. Musk stating “the second half of 2014” at the Detroit auto show while the S.E.C. documents state “late 2014.” Tesla’s Web site simply says, “Deliveries begin 2014.”