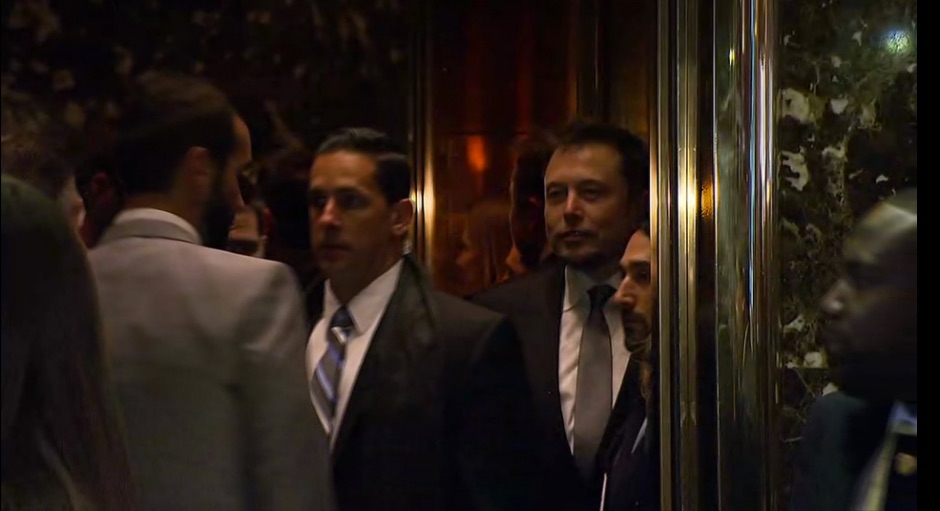 Trump’s Strategic and Policy Forum (SPF) will include Tesla and SpaceX CEO Elon Musk, Uber CEO Travis Kalanick, and PepsiCo CEO Indra Nooyi. The forum has been created to give the president-elect counsel and perspectives from the private sector to help inform his economic agenda, particularly to enhance job creation and productivity. A press release from Trump’s transition team indicated that the forum will help to “make it attractive for firms to create new jobs.”

The announcement prefaced today’s private sit-down among Trump, his advisory team, and technology industry leaders, including Musk, from Trump Tower in Manhattan.

Other members of the SPF are to number nearly 20 and include co-founder of the Blackstone Group, Stephen Schwartzmann, who will chair the forum; the head of JP Morgan, Jamie Dimon;  GM chief, Mary Barra; and Disney’s CEO, Bob Iger,

“America has the most innovative and vibrant companies in the world, and the pioneering CEOs joining this Forum today are at the top of their fields,” Trump said in a prepared statement that was issued early on December 14. “My administration is going to work together with the private sector to improve the business climate and make it attractive for firms to create new jobs across the United States from Silicon Valley to the heartland.”

The inclusion of Elon Musk to the SPF came as a bit of a surprise, as Musk was not a Trump supporter during the 2016 Presidential election. “I feel a bit stronger that he [Trump] is not the right guy,” Musk had told CNBC. “He doesn’t seem to have the sort of character that reflects well on the United States.” Musk also said Hillary Clinton’s economic and environmental policies were “the right ones.”

Prior to the announcement, a lack of Silicon Valley participants had raised questions about the integrity and goals of the SPF.