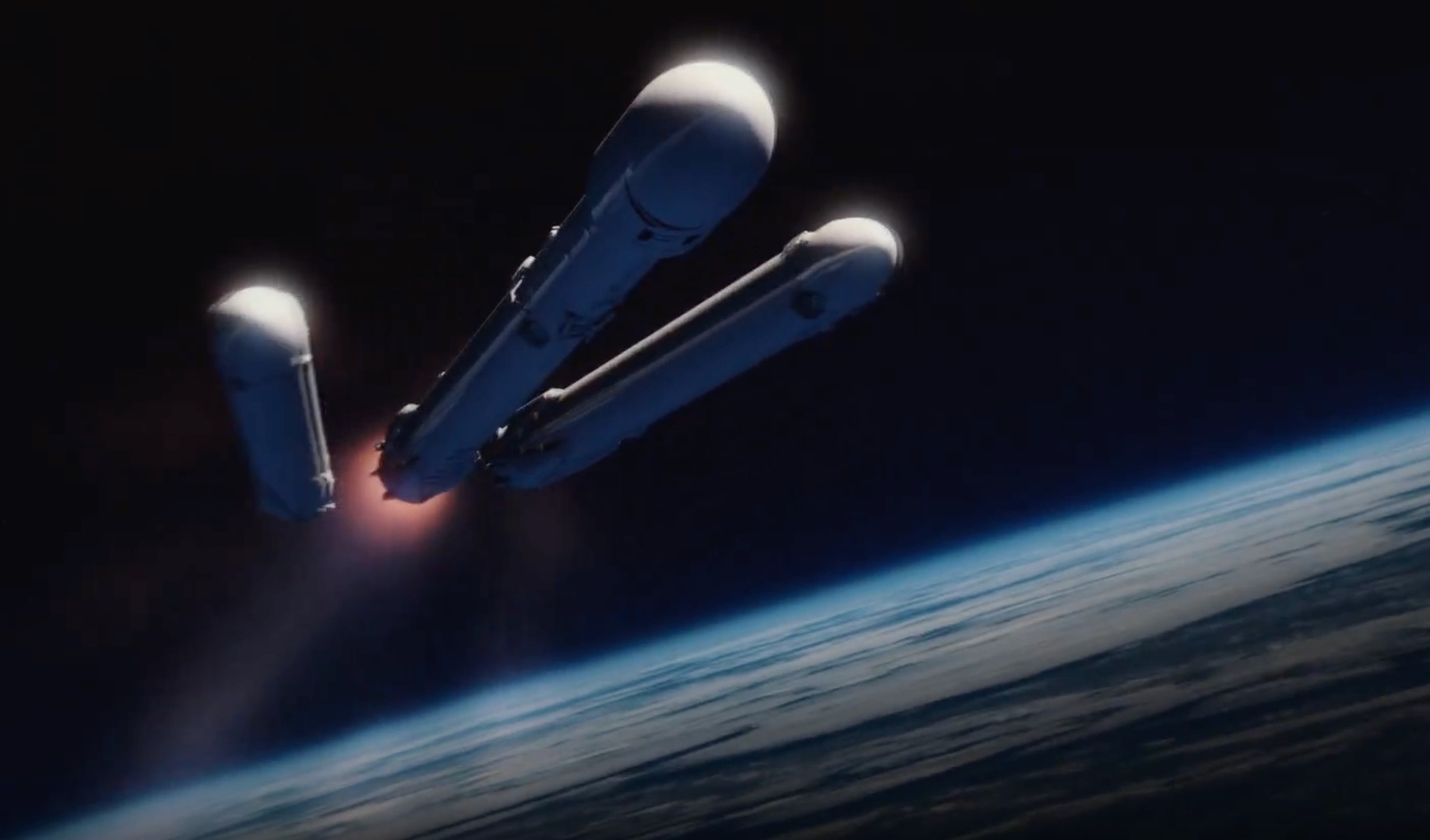 SpaceX CEO Elon Musk took to Twitter and Instagram late Sunday night to post some brand new photos of his Tesla Roadster being prepared for its imminent journey into deep space. Not one to be outdone by himself, he also delivered earlier this morning on his promise of an updated “Falcon Heavy launch simulation,” one that prominently features the very same Roadster and astronaut/driver revealed in real photos last night.

In an unexpected (but perhaps unsurprising) turn of events, it appears that SpaceX has suited up a mannequin inside one of its very own privately-developed spacesuits, itself revealed just six short months ago. While it also serves to dramatically expand the conceptual absurdity of what SpaceX is about to do, it’s equally obvious just how potentially iconic the sight could be – just imagine for a moment a slick, white-suited astronaut at the wheel of a “cherry-red” Tesla Roadster, in Earth orbit.

Perhaps most importantly, these updated photos and animations of Roadster’s integration inside Falcon Heavy’s payload fairing reveal the addition of what are almost certainly mounts for multiple cameras, from multiple perspectives. However, if the animation is a reasonably accurate “simulation” of what we can expect to see occur during tomorrow’s launch, it appears that the Roadster and astronaut will be jettisoned from the second stage sometime after it is sent on its way beyond Earth orbit. That deployment will most likely mean the end of any video/photo feeds provided of the car – the second stage’s batteries can only keep itself and its payload power for so long on its own. Although it is a far more distant possibility, SpaceX may have also chosen to leave Roadster’s battery untouched or even modified it to survive for some time in a vacuum environment. Such a large battery could reasonably power simple communications for quite some time on a single charge. Time will tell!

Set to launch into a heliocentric (sun) orbit as few as 24 hours from now, 1:30pm EST Feb 6, Musk’s personal Roadster has since been cocooned inside its payload fairing (seen above to the left and right of the Tesla), attached to Falcon Heavy, and finally rolled out to Launch Complex (Pad) 39A before dawn in Florida. Now at the pad, it appears that Falcon Heavy is a resounding “GO” for launch.

Falcon Heavy remains go for launch at 1:30pm on Tuesday