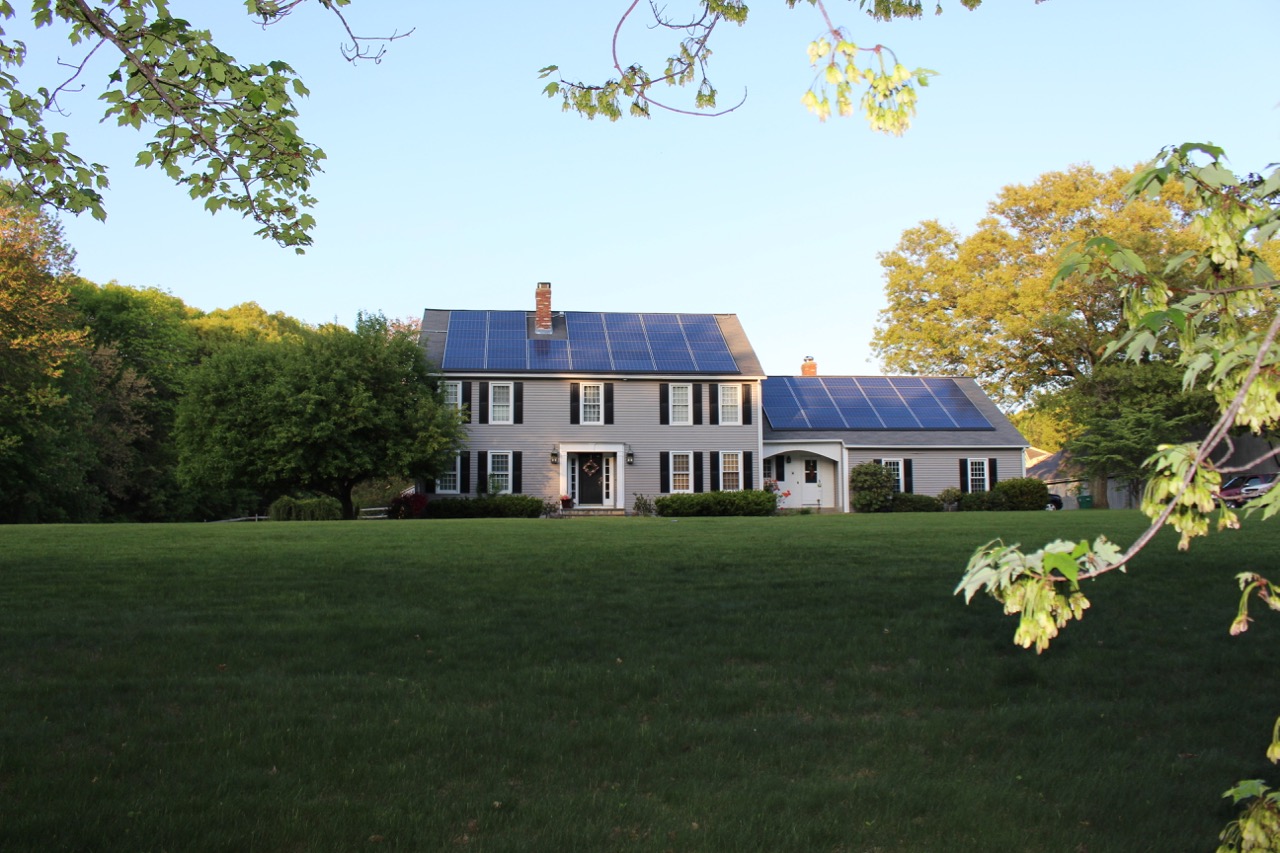 My journey with a SolarCity System: Snow, Net Metering

After 9 months of planning, waiting and negotiating, my SolarCity system installation was finally completed in December of 2014. Following the install, the only steps that remained were to implement updates required for net metering and to finalize the electrical and building inspections. While we waited for the inspections, which finally took place in March of 2015, National Grid installed a new Net Meter. Net meters are capable of monitoring the amount of power being sent back into the grid. The meter swap is quick work, but be forewarned that it requires power to be cut from your home during the swap. We had a brutal Winter here in the Northeast and this was my first year with panels. So I had concerns about the impact of the heavy snow being on top of the panels, and also how one goes about cleaning off the snow. I asked SolarCity about proper handling and they told me not to worry about it:

“We understand your concern with the snow and the load that it would cause. Please be advised that when your system was built, our engineers took into consideration, your roof structure as well as the amount of weight that it would be able to hold. We also have the system approved by the City for load bearings.The City and our engineers did take into consideration, the amount of largest amount of snow that your roof can withstand before we installed. I understand that there was a mass message out to all the people in the area advising them to make sure that they clear the roof. We advised that you allow the snow to melt/slide down on its own., If you are hiring someone to come out to clear the roof. Make sure that they be careful and they only sweep the panels.”

I patiently waited for the snow to slide off the panels and sure enough it did, and with no issues. The snow slides off the black, wet glass-like surface of the solar panels. You definitely don’t want to be anywhere below the roofline when the snow decides to let go! Once National Grid completed the net metering install, I was finally approved to turn on the system. The first step involves turning a big dial (on each inverter) from off to on. I have three inverters which means three dials to flip on.

I turned each of them on. Two lit green almost immediately while the remaining inverted displayed a red fault light. There were no instructions on what to do in this scenario; no manuals and no guidance, so my only option was to call for help.

Getting help from SolarCity on the issue at had was a frustrating experience. SolarCity has a lot to learn when it comes to customer service. I spoke to several customer support managers as I continued to escalate my issue.

Finally, after five weeks of follow ups and many phone calls, I got the broken inverter fixed.

SolarCity doesn’t bother to tell you this, but what I discovered was a little black button in the middle of the inverter. It’s hard to see but if you press the button you’ll be able to cycle through messages on the digital display, one of which is a fault code. Providing SolarCity with a fault code is much more useful than just letting them know that a red light is blinking.

As mentioned earlier, snow doesn’t stick to the panels for long, but it does manage to build up before it lets go. Imagine 3 feet of heavy snow mixed with ice over your entire roof all letting go at the same time. It’s not a slow drip. It’s an avalanche.

The end result is dead flowers, dead bushes, and broken branches on vegetation immediately below the roof. As much as it’s common sense that snow will eventually melt from a roof and slide down, I wish SolarCity would have warned us that snow tends to slide from solar panels at a much quicker rate. I would have done something to fortify those flowers and bushes. After all, landscaping is not cheap.

There’s an accident waiting to happen so I think it’s in SolarCity’s best interest to pre-warn people of this, especially newbies to the world of solar panels. Eleven months after starting the project, my SolarCity system finally went live (partially) on February 23, 2015.  And on April 1, 2015, the third inverter was fixed allowing the system to work in its full capacity.

The image to the right  is showing the day when the transformer on my street blew up and the entire street lost power for several hours. I added 33% more power from my large system going back into the network while using very little (Winter time) the same day the transformer blew. But then again, it was also April 1. Nobody made a fuss — National Grid replaced the transformer and all has been stable since. My best guess as to why that happened? Perhaps the transformer was already near its thresholds and my solar installation was the one to tip it over?

I’ll be writing about system monitoring, cost savings and billing errors in upcoming posts. The story isn’t over yet.

My journey with a SolarCity System: Snow, Net Metering