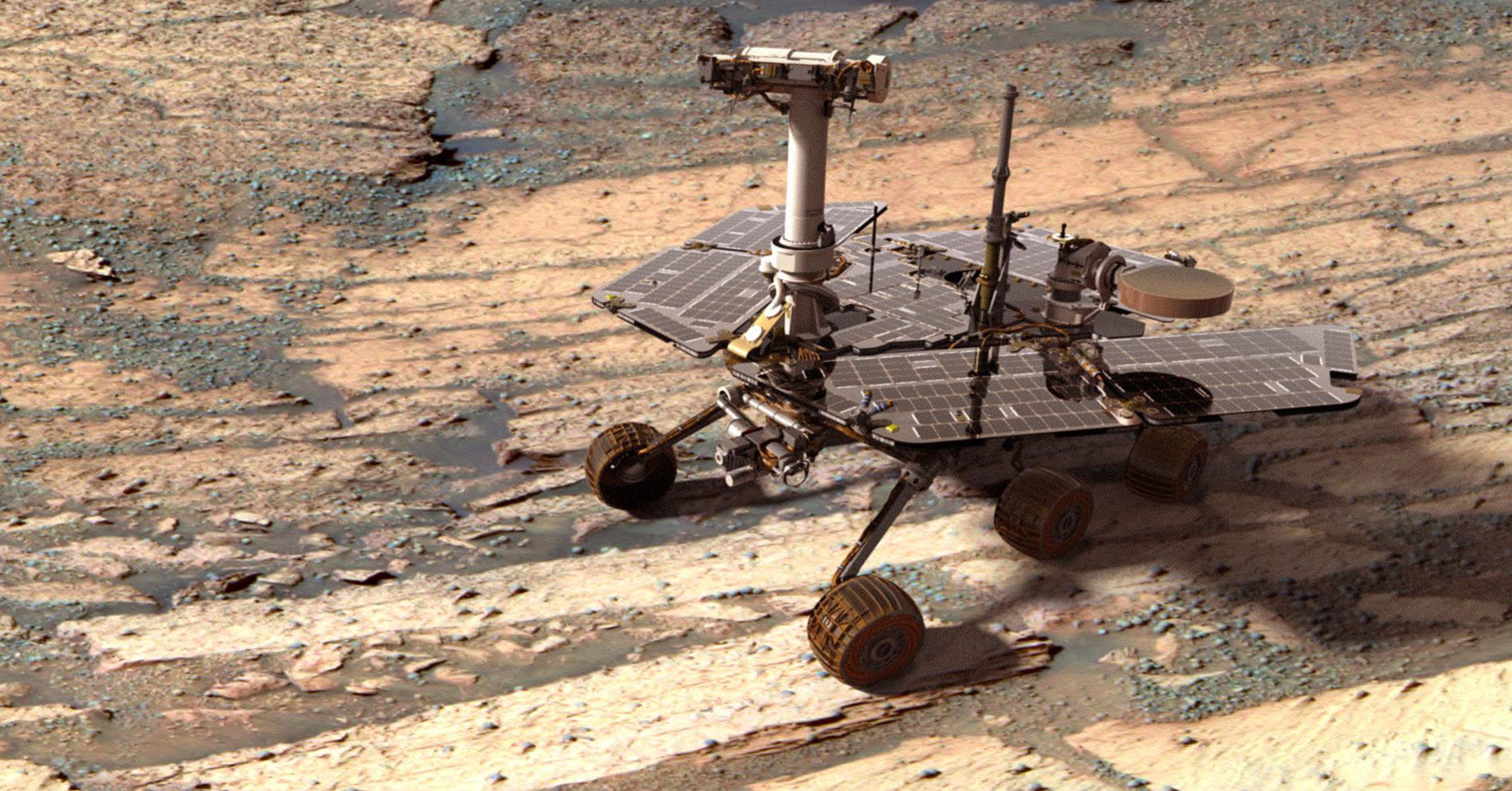 As NASA’s Opportunity Rover continues to weather the massive dust storm engulfing a quarter part of the Red Planet, the silence from the resilient rover has now stretched to three weeks. Despite this, however, Dr. James Rice, co-investigator and geology team leader on NASA projects including Opportunity, recently stated that it is far too early to speculate the rover’s demise, considering the grit and durability the machine has exhibited over the past 14 years.

In an article on Spaceflight Insider, Dr. Rice noted that NASA received the last power reading from Opportunity on Sol 5111 (June 10, 2018), when the rover collected a measly 22 Wh worth of solar power. Just ten days prior to the reading, Opportunity was still able to collect 645 Wh of energy from the Sun. Despite the lack of sunlight due to the dust storm, however, Dr. Rice noted that the timing of the storm could work in Opportunity’s favor, since the warm Martian Spring could help keep the rover’s electronics from becoming too cold during the night.

“We went from generating a healthy 645 watt-hours on June 1 to an unheard of, life-threatening, low just about one week later. Our last power reading on June 10 was only 22 watt hours the lowest we have ever seen. Our thermal experts think that we will stay above those low critical temperatures because we have a Warm Electronics Box (WEB) that is well insulated. So we are not expecting any thermal damage to the batteries or computer systems. Fortunately for us it is also the Martian Spring and the dust, while hindering our solar power in the day, helps keep us warmer at night,” Dr. Rice wrote.

Opportunity is currently weathering the Martian dust storm on the slopes of Perseverance Valley, where it is analyzing the planet’s geology. As the storm broke out, NASA opted to keep the rover’s robotic arm deployed on its rock target, La Joya. The dust storm, which covered 15.8 million square miles (41 million square kilometers) as of mid-June, started at a rather unusual time. Dust storms in the Red Planet, after all, usually form during the Martian Summer. Only one other dust event during the Martian Spring was recorded by NASA back in 2001, but it started significantly later than the current storm.

Despite the very real danger Opportunity is facing, NASA remains optimistic about the resilient rover’s chances. Just recently, NASA’s Mars Exploration Program director Jim Watzin stated that the massive Martian dust storm silencing Opportunity might have already peaked. Considering that the storm took roughly a month to build up, however, Watzin noted that it could also be a “substantial” amount of time before the dust event settles enough for NASA to properly determine Opportunity’s fate, as noted in a Twitter update from Space News senior writer Jeff Foust.

Watzin: the Martian dust storm that silenced Opportunity may be peaking now, but it took a month to build up and thus could be a “substantial” amount of time before it subsides.

Opportunity is currently the longest-serving rover on the Martian landscape. Launched back in 2004, Opportunity, together with its sister, Spirit, were designed to last for a 90-day mission. Both rovers proved far more durable than expected, however, with Spirit continuing its mission for six years before falling silent in 2010 and Opportunity still going strong well into 2018. Overall, the work done by Opportunity, Spirit, as well as the nuclear-powered Curiosity, have laid the groundwork for more ambitious missions to the Red Planet. Among these are Mars 2020, a machine based on Curiosity, as well as Europe’s ExoMars rover, both of which would be sent to Mars in order to find signs of life.