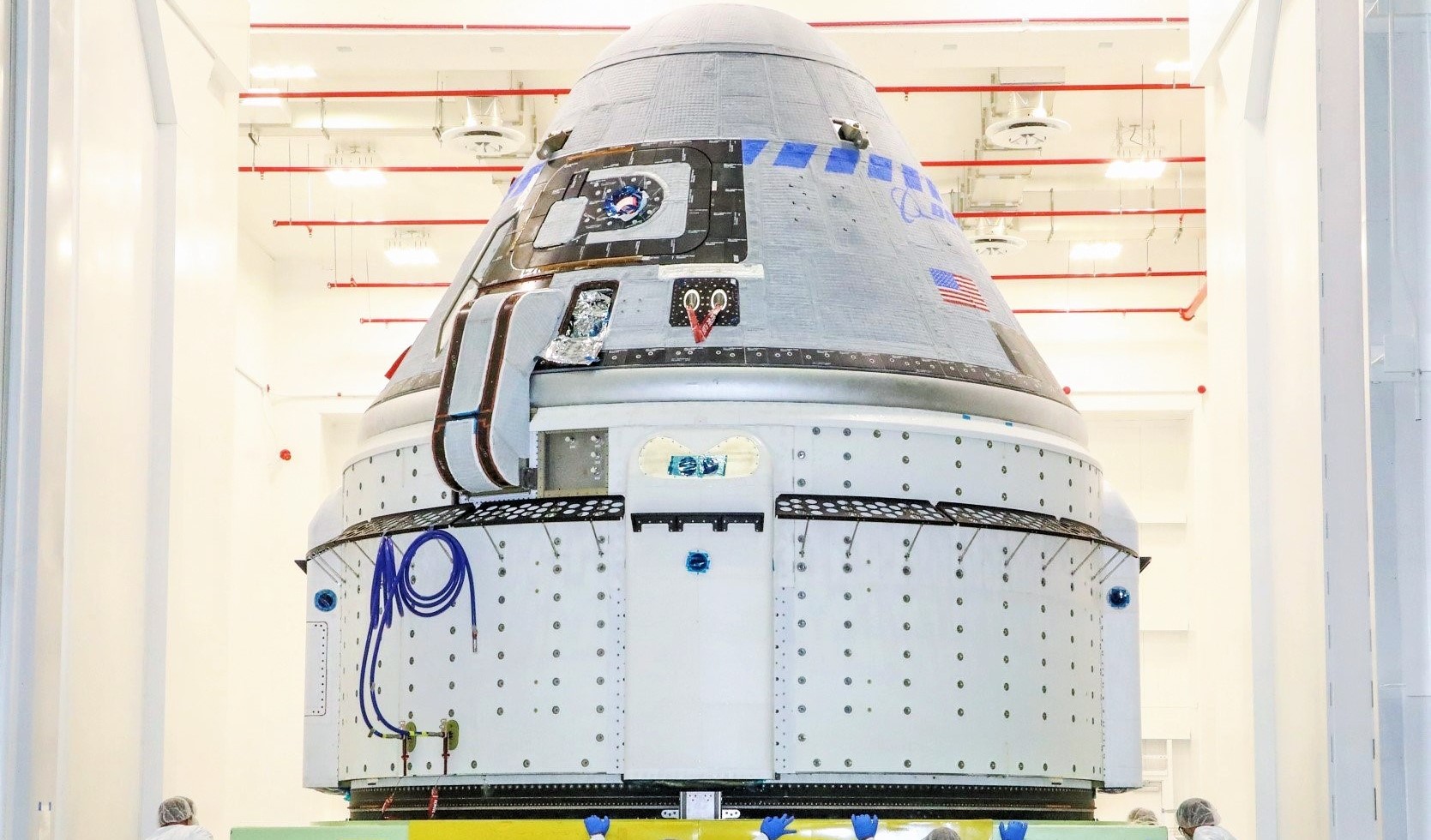 A detailed government audit has revealed that NASA went out of its way to overpay Boeing for its Commercial Crew Program (CCP) astronaut launch services, making a mockery of its fixed-price contract with the company and blatantly snubbing SpaceX throughout the process.

Over the last several years, the NASA inspector general has published a number of increasingly discouraging reports about Boeing’s behavior and track-record as a NASA contractor, and November 14th’s report is possibly the most concerning yet. On November 14th, NASA’s Office of the Inspector General (OIG) published a damning audit titled “NASA’s Management of Crew Transportation to the International Space Station [ISS]” (PDF).

Offering more than 50 pages of detailed analysis of behavior that was at best inept and at worst deeply corrupt, OIG’s analysis uncovered some uncomfortable revelations about NASA’s relationship with Boeing in a different realm than usual: NASA’s Commercial Crew Program (CCP). Begun in the 2010s in an effort to develop multiple redundant commercial alternatives to the Space Shuttle, prematurely canceled before a US alternative was even on the horizon, the CCP ultimately awarded SpaceX and Boeing major development contracts in September 2014.

NASA awarded fixed-cost contracts worth $4.2 billion and $2.6 billion to Boeing and SpaceX, respectively, to essentially accomplish the same goals: design, build, test, and fly new spacecraft capable of transporting NASA astronauts to and from the International Space Station (ISS). The intention behind fixed-price contracts was to hold contractors responsible for any delays they might incur over the development of human-rated spacecraft, a task NASA acknowledged as challenging but far from unprecedented.

The most likely trigger of the bizarre events that would unfold a few years down the road began in part on June 28th, 2015 and culminated on September 1st, 2016, the dates of the two catastrophic failures SpaceX’s Falcon 9 rocket has suffered since its 2010 debut. In the most generous possible interpretation of the OIG’s findings, NASA headquarters and CCP managers may have been shaken and not thinking on an even keel after SpaceX’s second major failure in a little over a year.

Under this stress, the agency may have ignored common sense and basic contracting due-diligence, leading “numerous officials” to sign off on a plan that would subvert Boeing’s fixed-price contract, paying the company an additional $287 million (~7%) to prevent a perceived gap in NASA astronaut access to the ISS. This likely arose because NASA briefly believed that SpaceX’s failures could cause multiple years of delays, making Boeing the only available crew transport provider for a significant period of time. Starliner was already delayed by more than a year, making it increasingly unlikely that Boeing alone would be able to ensure continuous NASA access to the ISS.

As NASA attempted to argue in its response to the audit, “the final price [increase] was agreed to by NASA and Boeing and was reviewed and approved by numerous NASA officials at the Kennedy Space Center and Headquarters”. In the heat of the moment, perhaps those officials forgot that Boeing had already purchased several Russian Soyuz seats to sell to NASA or tourists, and perhaps those officials missed the simple fact that those seats and some elementary schedule tweaks could have almost entirely alleviated the perceived “access gap” with minimal cost and effort.

The OIG audit further implied that the timing of a Boeing proposal – submitted just days after NASA agreed to pay the company extra to prevent that access gap – was suspect.

“Five days after NASA committed to pay $287.2 million in price increases for four commercial crew missions, Boeing submitted an official proposal to sell NASA up to five Soyuz seats for $373.5 million for missions during the same time period. In total, Boeing received $660.7 million above the fixed prices set in the CCtCap pricing tables to pay for an accelerated production timetable for four crew missions and five Soyuz seats.”

In other words, NASA officials somehow failed to realize or remember that Boeing owned multiple Soyuz seats during “prolonged negotiations” (p. 24) with Boeing and subsequently awarded Boeing an additional $287M to expedite Starliner production and preparations, thus averting an access gap. The very next week, Boeing asked NASA if it wanted to buy five Soyuz seats it had already acquired to send NASA astronauts to the ISS.

Bluntly speaking, this series of events has three obvious explanations, none of them particularly reassuring.

Extortion with a friendly smile

The latter explanation, while possibly the worst and most corruption-laden, is arguably the likeliest choice based on the history of NASA’s relationship with Boeing. In fact, a July 2019 report from the US Government Accountability Office (GAO) revealed that NASA was consistently paying Boeing hundreds of millions of dollars worth of “award fees” as part of the company’s SLS booster (core stage) production contract, which is no less than four years behind schedule and $1.8 billion over budget. From 2014 to 2018, NASA awarded Boeing a total of $271M in award fees, a practice meant to award a given contractor’s excellent performance.

In several of those years, NASA reviews reportedly described Boeing’s performance as “good”, “very good”, and “excellent”, all while Boeing repeatedly fumbled SLS core stage production, adding years of delays to the SLS rocket’s launch debut. This is to say that “numerous NASA officials” were also presumably more than happy to give Boeing hundreds of millions of dollars in awards even as the company was and is clearly a big reason why the SLS program continues to fail to deliver.

Ultimately, although NASA’s concern about SpaceX’s back-to-back Falcon 9 failures and some combination of ineptitude, ignorance, and corruption all clearly played a role, the fact remains that NASA – according to the inspector general – never approached SpaceX as part of their 2016/2017 efforts to prevent a ‘crew access gap’. Given that the CCP has two partners, that decision was highly improper regardless of the circumstances and is made even more inexplicable by the fact that NASA was apparently well aware that SpaceX’s Crew Dragon had significantly shorter lead times and far lower costs compared to Starliner.

This would have meant that had NASA approached SpaceX to attempt to mitigate the access gap, SpaceX could have almost certainly done it significantly cheaper and faster, or at minimum injected a bit of good-faith competition into the endeavor.

Finally and perhaps most disturbingly of all, NASA OIG investigators were told by “several NASA officials” that – in spite of several preferable alternatives – they ultimately chose to sign off Boeing’s demanded price increases because they were worried that Boeing would quit the Commercial Crew Program entirely without it. Boeing and NASA unsurprisingly denied this in their official responses to the OIG audit, but a US government inspector generally would never publish such a claim without substantial confidence and plenty of evidence to support it.

According to OIG sources, “senior CCP officials believed that due to financial considerations, Boeing could not continue as a commercial crew provider unless the contractor received the higher prices.” A lot remains unsaid, like why those officials believed that Boeing’s full withdrawal from CCP was a serious possibility and how they came to that conclusion, enough to make it impossible to conclude that Boeing legitimately threatened to quit in lieu of NASA payments.

All things considered, these fairly damning revelations should by no means take away from the excellent work Boeing engineers and technicians are trying to do to design, build, and launch Starliner. However, they do serve to draw a fine line between the mindsets and motivations of Boeing and SpaceX. One puts profit, shareholders, and itself above all else, while the other is trying hard to lower the cost of spaceflight and enable a sustainable human presence on the Moon, Mars, and beyond.