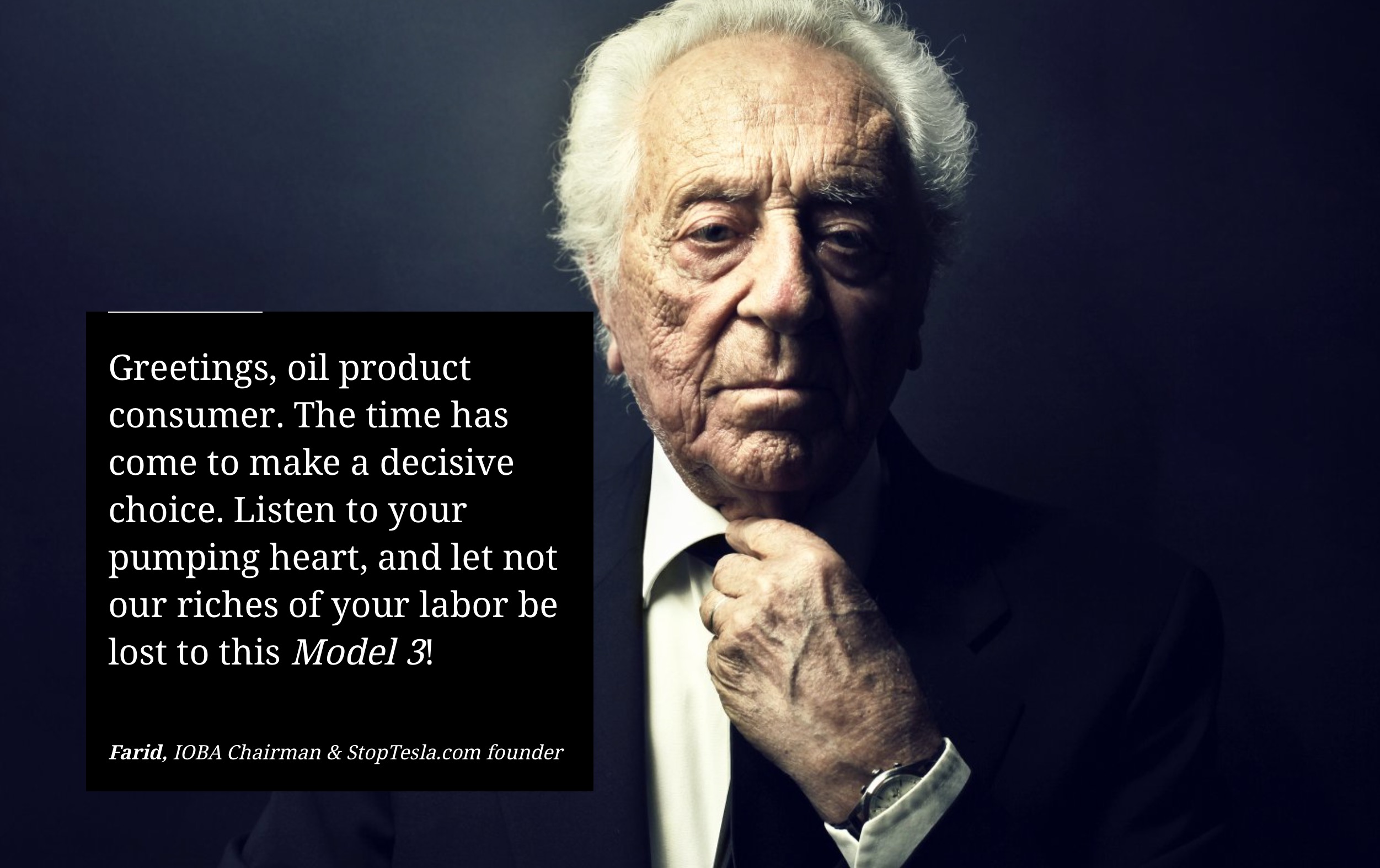 Serial tech entrepreneur and Tesla CEO Elon Musk has been the subject of much criticism over the last 6-months since joining President Trump’s Business Advisory Council. But this newly found criticism is actually hilarious. A website under the domain stoptesla.com rallies support to “Stop Elon Musk before it’s too late for us!”

The satirical videos poke fun at those protesting against Tesla’s mission to shift away from a fossil fuel burning economy.

“Greetings, oil product consumer. The time has come to make a decisive choice. Listen to your pumping heart, and let not our riches of your labor be lost to this Model 3!” – StopTesla.com

The StopTesla campaign provides a hilarious view on the fate of fossil-fuel companies, as companies worldwide continue to take notice of the impending shift towards renewables spearheaded by a growing electric-car market. Recently, Shell has announced intentions to build out a network of DC chargers starting in the UK. While there is still a significant amount of work needed to bring electric vehicles and renewable energy to the masses, it’s nice to see a fun take on the push-back from the fossil fuel industry.

“Let’s all reunite and stop the future from happening while we still can!” – StopTesla’s tagline

Check out StopTesla.com for some LOL moments.

Here is another video the site has put together: