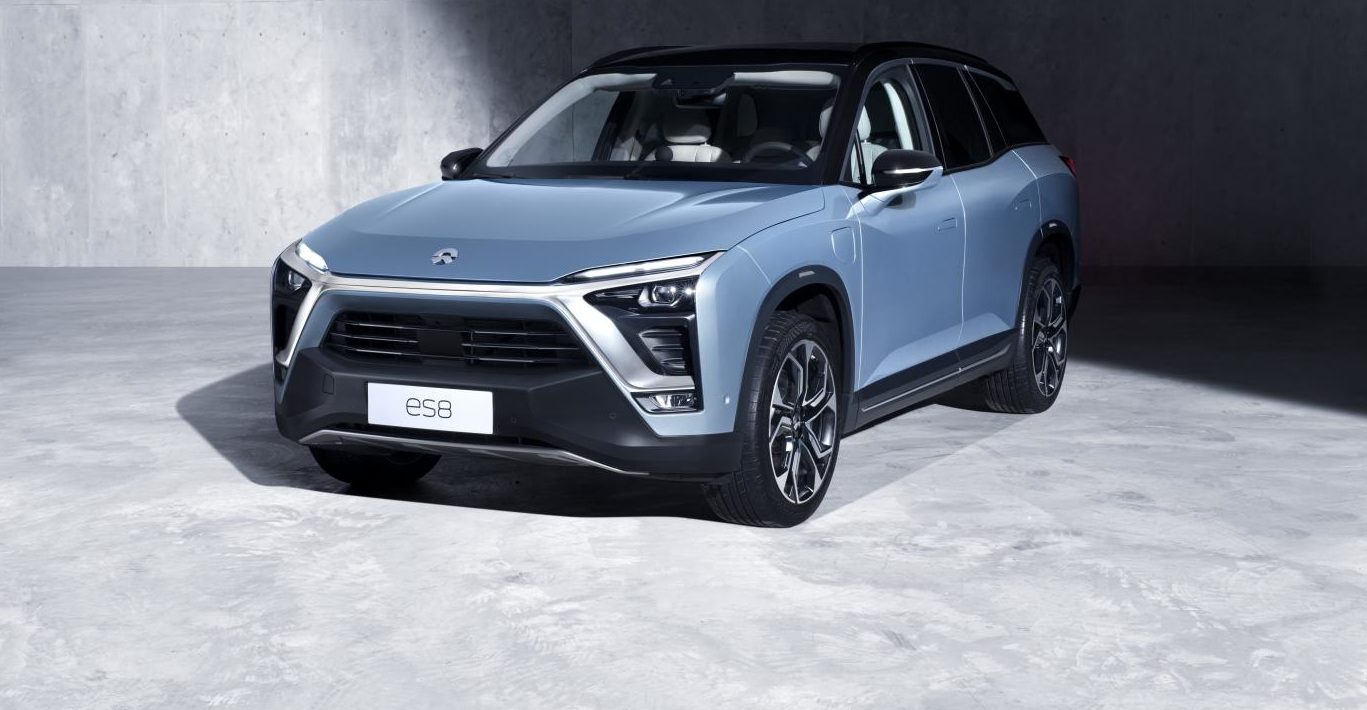 NIO sets its sights on overtaking Tesla in China

One of the latest electric car companies looking to challenge Tesla’s dominance has made known its intentions of overtaking the Silicon Valley car manufacturer in China’s luxury auto market. In a recent 60 Minutes interview, founder and CEO William Li described plans for NIO, his Chinese EV startup company to capture Tesla’s upper-middle class audience in the country, ultimately moving on to position its products as highly desired status symbols. With potentially 50% of the worldwide electric car market soon to be located in China, NIO’s ambitions are certainly poised in a promising direction, and their native knowledge of their customer market just may help give them the edge they’re seeking.

NIO’s strategy to appeal to the EV customer market is similar to Tesla’s in several ways and has earned it the nickname “Tesla of China.” The Chinese auto maker currently sells two high-performance SUVs, the ES6 and the ES8, both of which have an advanced autonomous driving system (not yet in operation) and an on-board pilot system. These, of course, are all features enjoyed by current Tesla drivers in Tesla’s own flavor, and with one look at NIO’s vehicles’ large center console control screen, it’s clear which auto maker’s customer base NIO is targeting. A phone app is incorporated into the NIO ownership experience, providing basic car services like roadside assistance and maintenance scheduling (as well as several other features). Customers can also purchase NIO vehicles via the app, similar to Tesla’s sales model. While significant commonalities exist between the two car makers, NIO has significant unique offerings as well. 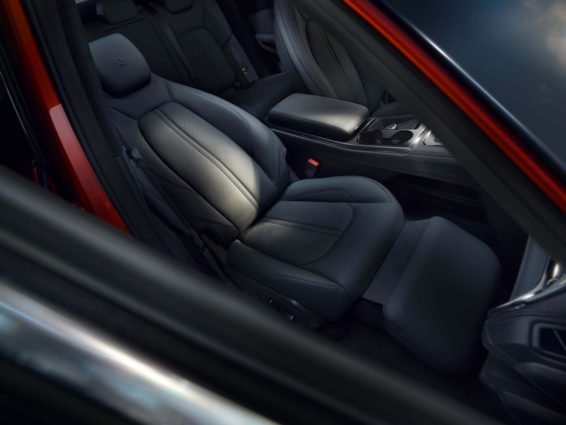 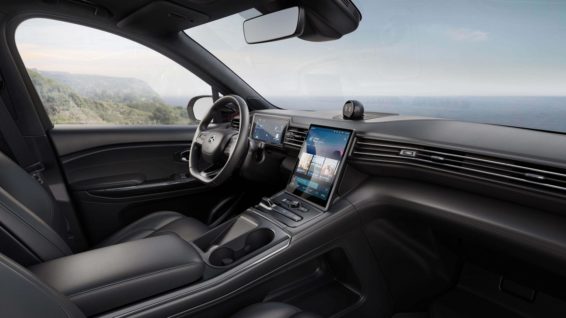 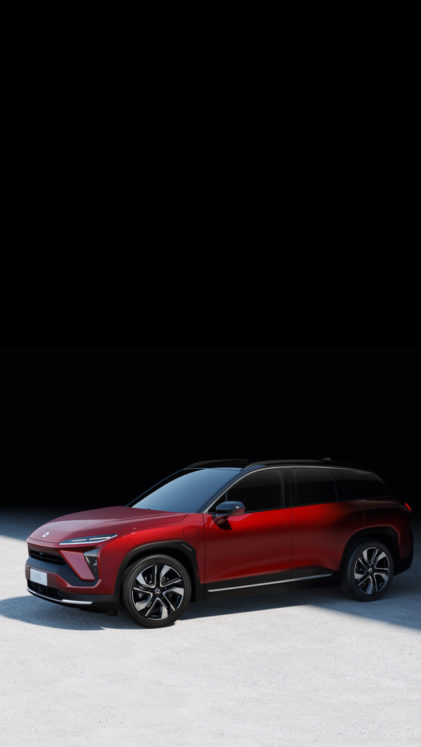 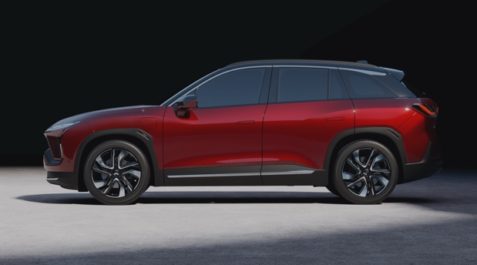 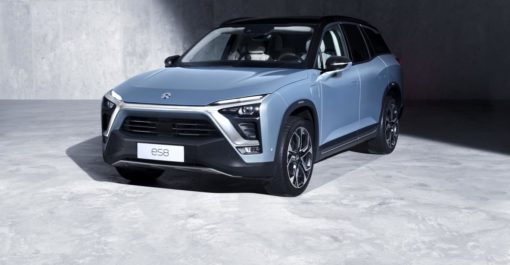 Owning a Tesla certainly comes with an incorporated sense of community, but NIO seeks to expand on that concept, eventually transforming its brand into a symbol of social standing by connecting customers with one another. The car maker presents itself as a lifestyle company, offering membership in exclusive NIO-owner-only clubs called NIO Houses with regular social activities and perks one might see at, say, a country or yacht club in the US – classes, meeting rooms, etc. The customer app also connects users to an entire social network of other owners – a bit beyond basic Internet forums.

NIO has further padded its ‘lifestyle’ perception with first-of-its-kind battery swapping technology, allowing customers to switch out their drained car batteries for fully charged ones via an automated system that’s faster than refueling at a gas station, saving time. Also, a mobile charging subscription service is an owner option, wherein NIO company vehicles travel to the vehicle’s location to supply it with power on request. Along with customer-oriented charging services and community perks, subscription packages offering free repairs and maintenance (with valet pickup/delivery options), cellular data boosts, car washing, airport parking, and several others all foster a lifestyle for NIO customers that’s only available via vehicle ownership.

One of the major factors in NIO’s favor (as well as any electric car maker in the country) is the Chinese government’s major push to bring electric vehicles to the country’s roads. With air pollution a problem literally looming over the heads of major city populations, China’s leadership has maneuvered its tax system to provide major incentives for EV purchases to address the dirty air situation via clean energy. In Shanghai, for example, the $12,000+ license fee required to purchase a car in the city is waived if it’s electric. Additionally, several Chinese cities offer thousands of dollars in rebates for EV purchases.

Tesla CEO Elon Musk has experienced this motivated government favoritism first hand with a sped up permit and construction process for Gigafactory 3 in Shanghai. As an established EV maker and leader in the EV revolution, paving the way for Tesla to have a major presence in China is in line with the leadership’s desires for market transformation. As described in the 60 Minutes segment, hundreds of native electric vehicle companies have also popped up as a result of incentive efforts, all hoping to achieve major success with government backing. NIO hopes to cut through the competition with its lifestyle branding. 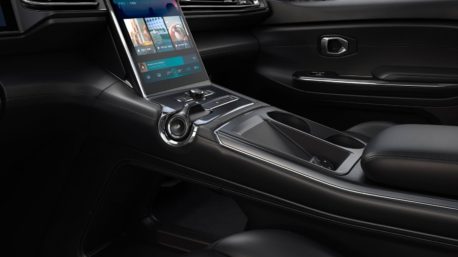 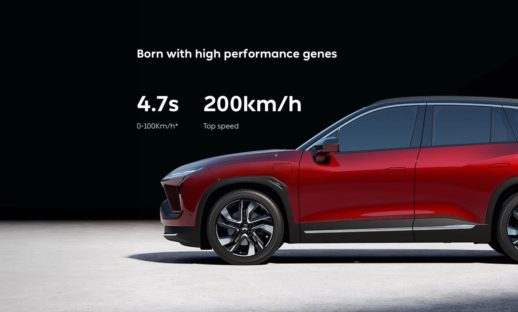 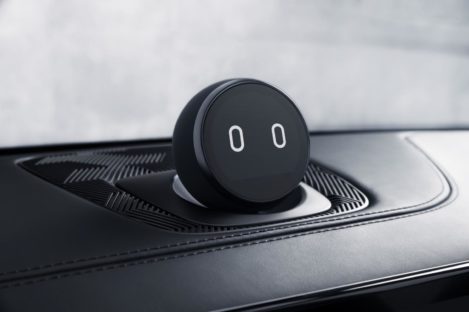 While Tesla may have entertainment features like TeslAtari and Easter eggs, NIO boasts its own unique fun feature: an artificial intelligence personal assistant named NOMI, touted by the company as the world’s first such in-car device. On the dashboard, a little sphere with digital eyes chats with vehicle passengers and interacts to provide music playlists, adjust cabin temperature, and even take selfies. NOMI seems to be inspired by other existing AI robot personal assistants like the personality-filled Vector Robot by Anki.

If you’re a fan of Amazon’s (hit) car show, The Grand Tour, you may have seen NIO’s EP9 supercar racer on display in the “Chinese Food for Thought” episode, driven by the crash-tested Richard Hammond demonstrating the car’s 1,341 brake horsepower. While not road legal, for the price of around $1.5 million dollars, owners of this insanely fast vehicle can enjoy a 0-125 mph acceleration of about 7 seconds and an octopus-like grip around track corners thanks to 5,395 pounds of downforce (2X the amount of Formula 1 cars). When it’s time to recharge the batteries, a full charge takes only 45 minutes; however, that’s where usability complications set in. The battery must be completely removed by a specialty team in order to recharge, something that just might be on hand to begin with since the vehicle is a track-only hobby car.

Last year, NIO achieved its goal of delivering 10,000 vehicles, all made-to-order. CEO Li expects to be able to ramp up production quickly in the coming years thanks to the Chinese manufacturing capabilities, and he eventually hopes to have NIO vehicles on the road in the United States. The company already has a presence in San Jose, California where its global software development center employs over 700 people.

In a final nod to Tesla similarities, NIO’s mission as an EV company is environmentally-involved. The Chinese name for the company is Weilai, meaning “Blue Sky Coming”, and it represents their guiding philosophy based on building a sustainable future with clean energy. Per their website, “When the ownership experience exceeds expectations, electric vehicles will simply become the natural choice for everyone, leading to a more sustainable tomorrow. With that, our vision of a blue sky will come true.”

NIO sets its sights on overtaking Tesla in China