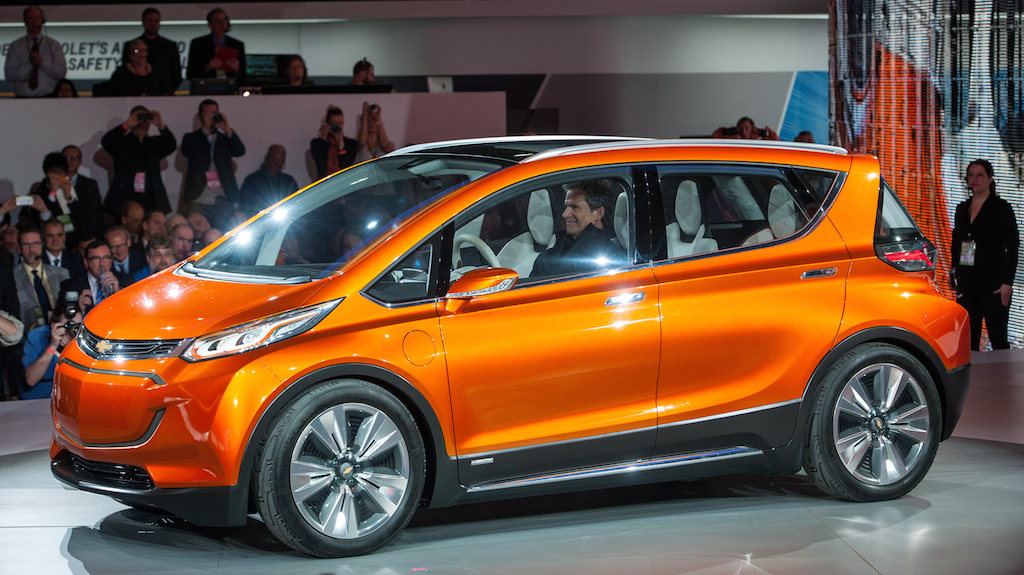 A number of media outlets began reporting this weekend that General Motors will enter the all-electric contest in 2017 with the Chevrolet “Bolt,” a 200-mile car at a price point around $30-37,000.

So what does the Bolt’s design look like, is it a true competitor? Well, it was officially announced at the North American International Auto Show (Detroit Auto show) on Monday and the car’s design is quite uninspiring at this point in development, see image below. Lack of DC-fast charging infrastructure by GM could doom the Bolt to be a compliance car.

I admit that design preferences are very subjective, but the Bolt looks like a compliance car at first glance. As an EV enthusiast, it may grow on me…like BMW i3’s design did.

However, GM will have some major challenges to address between now and 2017 as it tries to compete with the Model 3. First and foremost is the discussion this weekend on message boards about the lack of quick-charging infrastructure via GM—Combined Charging Standard (CCS) is GM’s DC-fast charging connector standard—and the company’s reluctance to get involved in building-out high-speed charging infrastructure.

That’s a problem if they really want widespread adoption and sales for this concept, mass-market EV car. Car buyers want a fully-realized car in their garage, be it electric, hybrid or an ICE. That’s the genius of the Model S and Elon Musk, its ability to be an everyday car with plenty of range and a supercharger infrastructure for extended Tesla road trips.

Also, dealerships could still be an issue by 2017. GM Volt sales have languished since 2010, with approximately 90,000 total units sold in those four years in limited markets. The rollout to dealerships was not smooth, and there was quite a bit of resistance and lack of education by sales staffs selling Volts (See Consumer Reports survey from last year).

I’m biased being a Tesla owner but which company will come up with the innovative approach to selling electric cars in mass by 2017 and develop partnerships with 3rd party dealers? A dealership’s revenue need may be a tough slog for GM and tough to overcome if the company is not completely engaged in an EV strategy.

As Anton Wahlman over at The Street said a couple of years ago about a battery-electric vehicle from GM in 2016 or 2017, “I see a lot of tech-minded buyers sticking with the upstart Tesla over GM, especially ones who can afford an electric car as a second vehicle.”

GM needs to address some major challenges (& I didn’t even mention brand marketing) beside manufacturing cars, if it really wants to contend in the all-electric space by 2017.

Of course, this assumes the Tesla’s Model 3 will be ready by 2017 and, if not, then GM’s Bolt could be a real competitor.