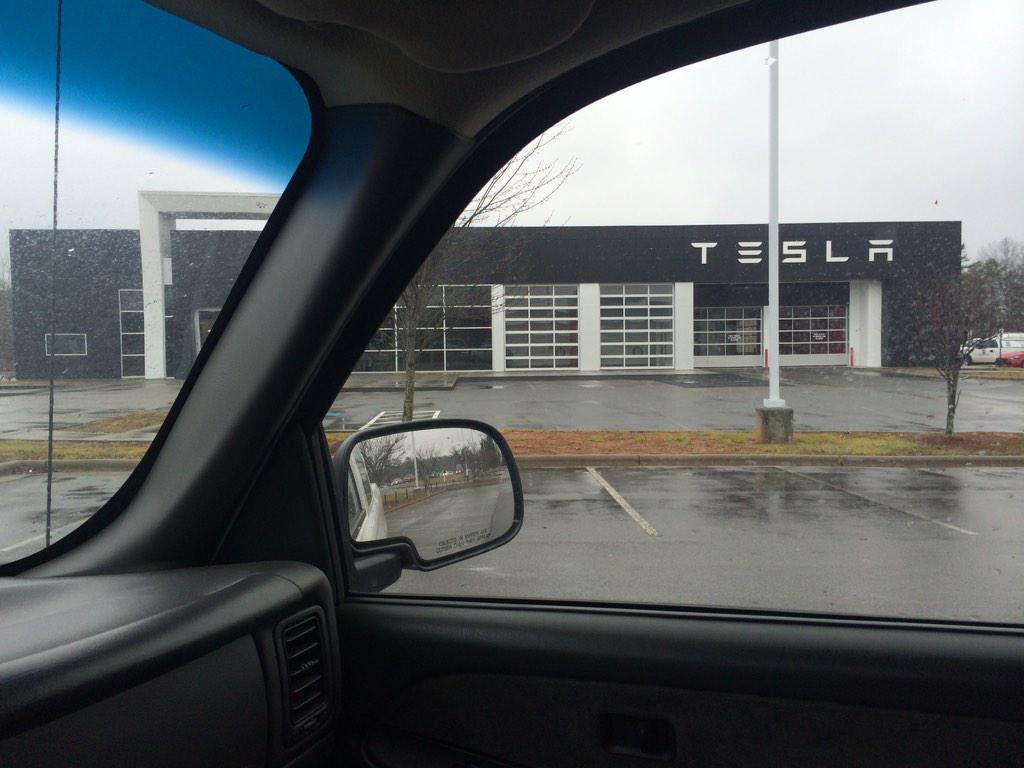 North Carolina’s Department of Motor Vehicles (DMV) has ruled against Tesla being able to sell its cars from its existing showroom and service center in Charlotte, but that same restriction won’t apply to the company’s second store within the state’s capital – Raleigh. Say what?

The report comes from local radio station WFAE who brings to light the confusing North Carolina state law that prohibits auto manufacturers from selling direct to consumers, unless the car maker files for an exception showing that consumers would benefit from being able to buy direct. Tesla of course filed for the exception only to get halted by members of the state’s Automobile Dealers Association. The DMV stepped in and ruled that Tesla could not make a valid case for selling its cars direct to consumers stating that four local dealerships near Charlotte were willing to sell Tesla automobiles. Did you get all that?

According to Dan Whittacre assistant director to the DMV, Tesla can appeal the DMV commissioner’s ruling and take it to court where the case will be decided upon.

Tesla opened its first North Carolina store in Raleigh back in 2013 with little to no resistance from the local dealers association.

With the company aiming to produce 500k vehicles in 2018 and 1 million in 2020, being able to scale its number of service centers and stores without facing legal hurdles will be a key component that will allow it to efficiently deliver its vehicles to consumers.