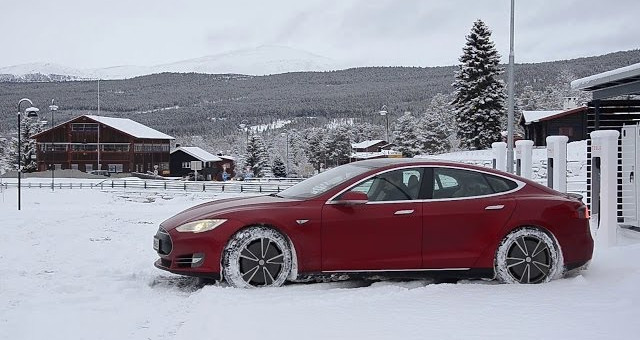 Tesla Motors is entering the Norwegian market, which has given a strong boost to its global sales in the past few months. The country, not only boasts very serious green credentials, but also has taken to electric vehicles (EV). However, not everything is peachy in Norway with Tesla, according to our Teslarati tipster.

So far, Tesla sold over 2,200 Tesla S the first 3 months of entering the market in Norway. This makes Norway the second largest market for Tesla, and an important part of its bottom line. Tesla Motors is a new company and entering a new market is already difficult for an established carmaker, let alone for a startup. If we rave about the ways it conducts its business in the U.S., things are not as perfect in that new market. Methinks, there is something fishy in Norway!

Our Teslaratipster found three other individuals who have the same problem, he has in a few forums in Norway. Many have to wait a very long time for the delivery of their Model S. How long? It can last 4 to 6 months. Does it remind you of anything, you early Roadster owners?

Discontent is already brewing with a few who were promised priority delivery and often get theirs later than non-priority customers. The rest, you can finger out. There is much frustration in Norway with Tesla, which is not a good thing to have for its second largest market.

To make things worse, the warranty service wildly fluctuates from customer to customer, blurring the experience even further. Some are helped right away, while others can sometime wait up to 2 months to fix problems. It gets even more complicated when you consider some buy their Model S directly, while others take out a loan, with no guarantee of having anything fixed in a timely manner. They still have to pay interest on the car that either does not work, or has faulty parts. In short, Tesla could be facing its first real, full-blown media catastrophe in Norway by not providing an equal service to all of its brand new customers and giving them the experience we rave about here in the U.S. It needs to act very fast to avert a disaster. Norway, like many other countries, has the same problem EVs face anywhere else. Where do you charge your brand new beautiful Tesla Model S? For the majority of users, this is a huge problem and home charging on a 240 V plug can take a log time… a very long time. We know Tesla is working as quickly as it can to install Superchargers around the country. Unfortunately, the first batches of the Model S came with a few problems, such as water leaking from the panoramic roof, which makes it way in the lamps and fills cracks. This is not what you want to see in a brand new car, let alone, an electric one from a foreign startup.

Our Teslaratipster says he sent a letter to his local representative, who has to contact management in the Netherlands before any help can be received through the U.S.. This is nowhere near what we are accustomed to in the U.S.

We want to see Tesla Motors succeed, and so far, the company has done almost everything right. But is it stretching itself too thin by not having thoroughly thought out its customer service in its second largest and new market in a new country? One thing is for sure, Tesla cannot afford big mistakes. The news will be all over this and pressure will be applied in every direction. Tesla must nip this in the bud quickly.