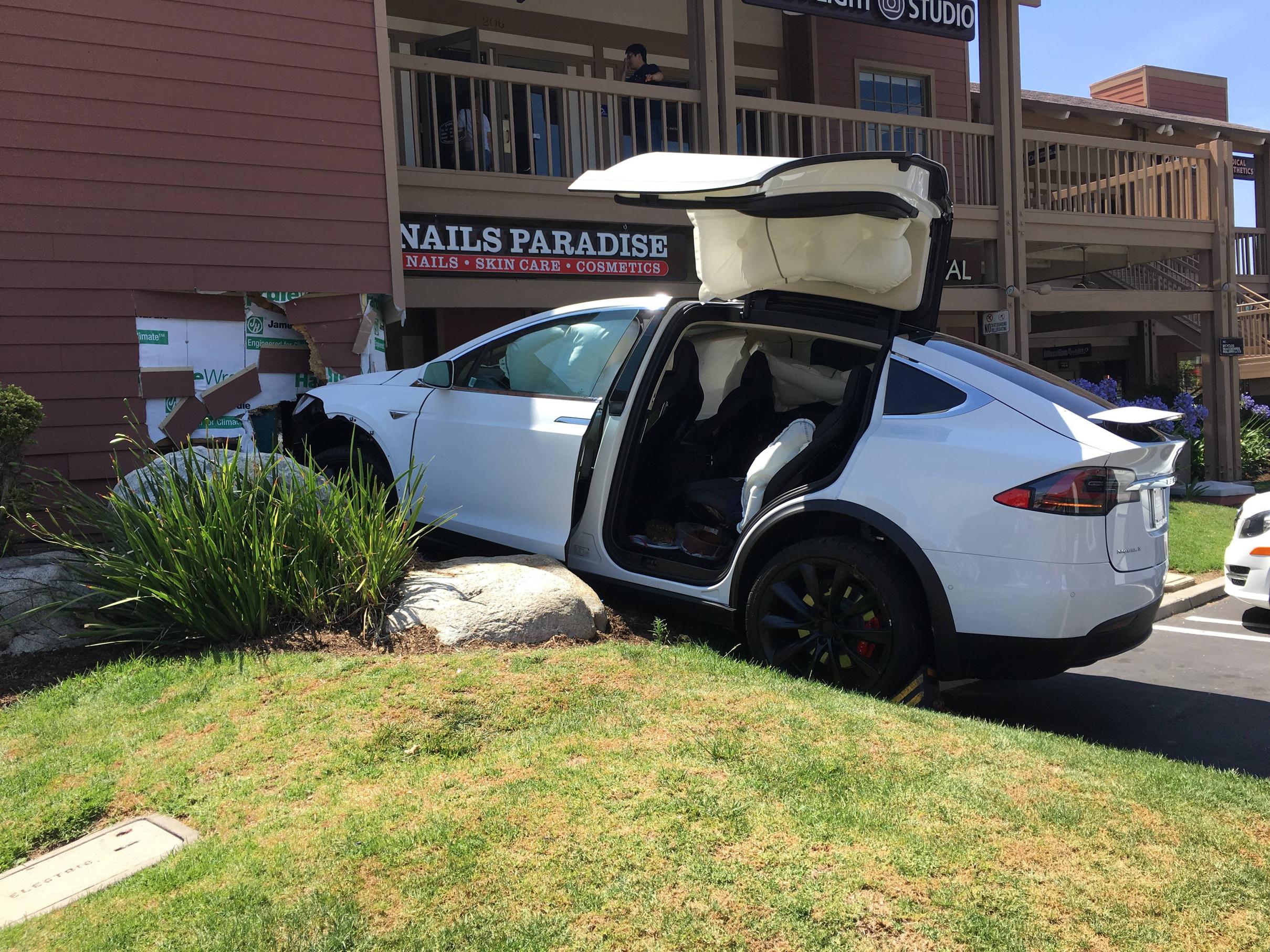 Did a new Tesla Model X suddenly accelerate while parking or was there driver error involved?

An owner of a five day old Tesla Model X crashed into the side of a building after claiming the vehicle suddenly accelerated on its own. The owner took to the company’s forum to voice their strong concerns over the “major problem” Tesla had and suggested that the company should stop deliveries of its vehicles pending investigation of the accident.

Updated: Tesla has issued a statement regarding the incident.

“Our 5 day old Tesla X today while entering a parking stall suddenly and unexpectedly accelerated at high speed on its own climbing over 39 feet of planters and crashing into a building. The airbags deployed and my wife’s arms have burn marks as a consequence.

This could have easily been a fatal accident if the car’s wheels were not turned slightly to the left. If they were straight, it would have gone over the planters and crashed into the store in front of the parking stall and injured or killed the patrons. The acceleration was uncontrollable, seemed maximum and the car only stopped because it hit the building and caused massive damage to the building.

This is a major problem and Tesla should stop deliveries and investigate the cause of this serious accident. Tesla roadside assistance, who was my only contact, asked us to tow the car to AAA storage facility.”

The first responses from Tesla forum members was to suggest the story was a hoax. While there have been reports of Tesla owners claiming their Autopilot car crashed on its own, most of them have involved inadvertent usage of the Summon program or improper braking attributed to driver error, as later proved by Tesla. This is the first report of a suspected sudden unintended acceleration incident when the car was neither in Autopilot, TACC, or Summon mode. Although any conclusions are merely speculative at this point, the circumstances, at first glance, seem eerily similar to the sudden unintended acceleration problem that beset the Toyota Prius almost a decade ago.

Is this a case of driver error, software malfunction, or something else? Many forum members have suggested that cruise control was accidentally activated. Forum member JJS offered this insight:  “The way cruise control works in the X is different that our Model S. In the Model S you have the ability to turn Cruise off by pressing in on the cruise stalk. This feature is not present in the X. So in the S if you turn it off then no matter what you do the the cruise stalk (san pushing it in and turning back on) nothing will happen.

“However in the X there is no way to turn the cruise off (at least not that I’m aware of) and thus if you inadvertently press on the cruise stalk you can indeed engage it. I hope this is something Tesla looks at and fixes on future Xes regardless of the outcome of this investigation.”

We do not have all the facts yet on this story. All we have is the owner’s narrative and photos. Tesla Motors has not yet had an opportunity to retrieve the relevant data from the car or otherwise respond. Theories abound but hard information is lacking at this point. We will advise you of any new developments. 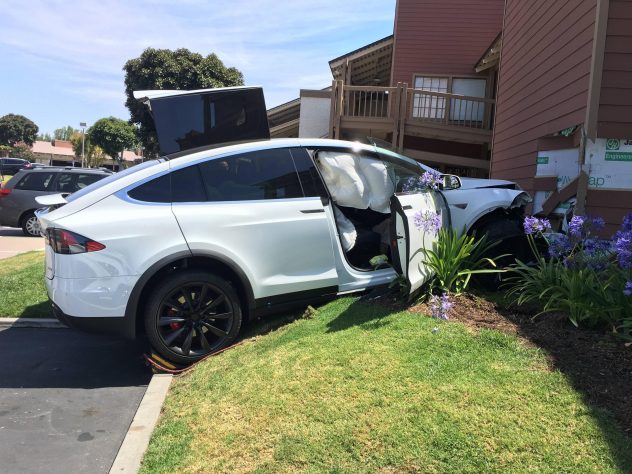 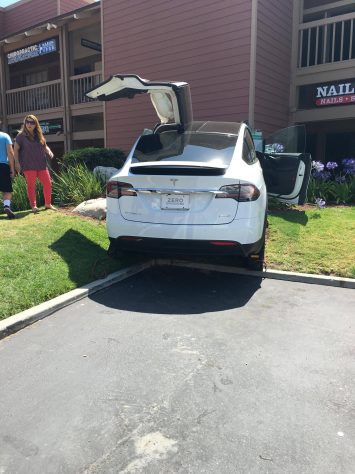 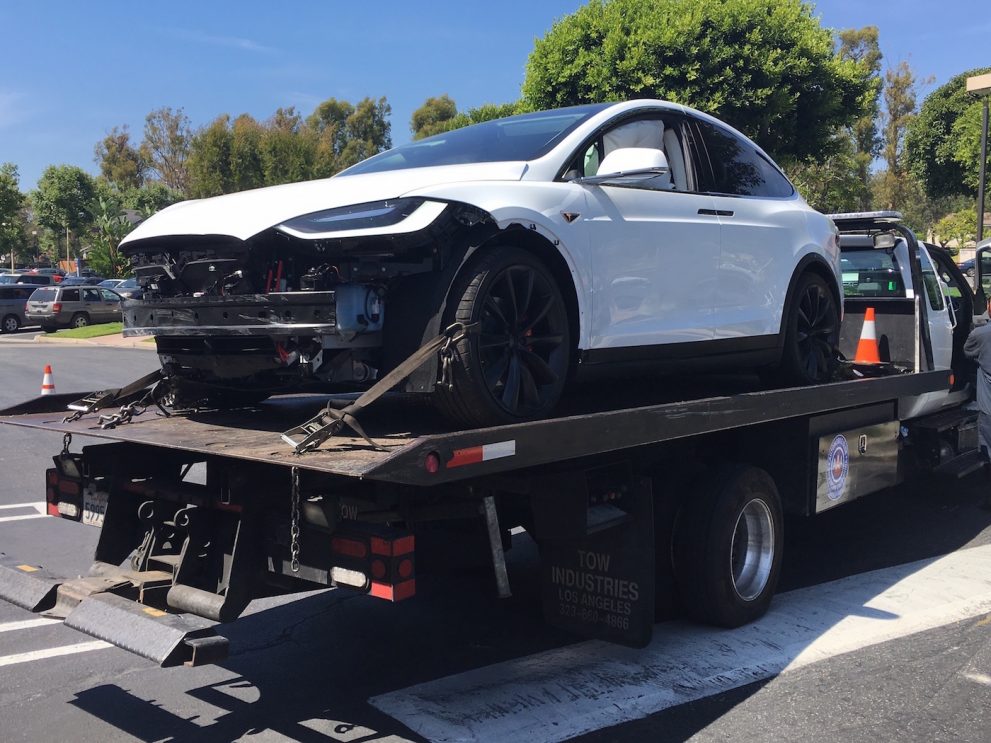