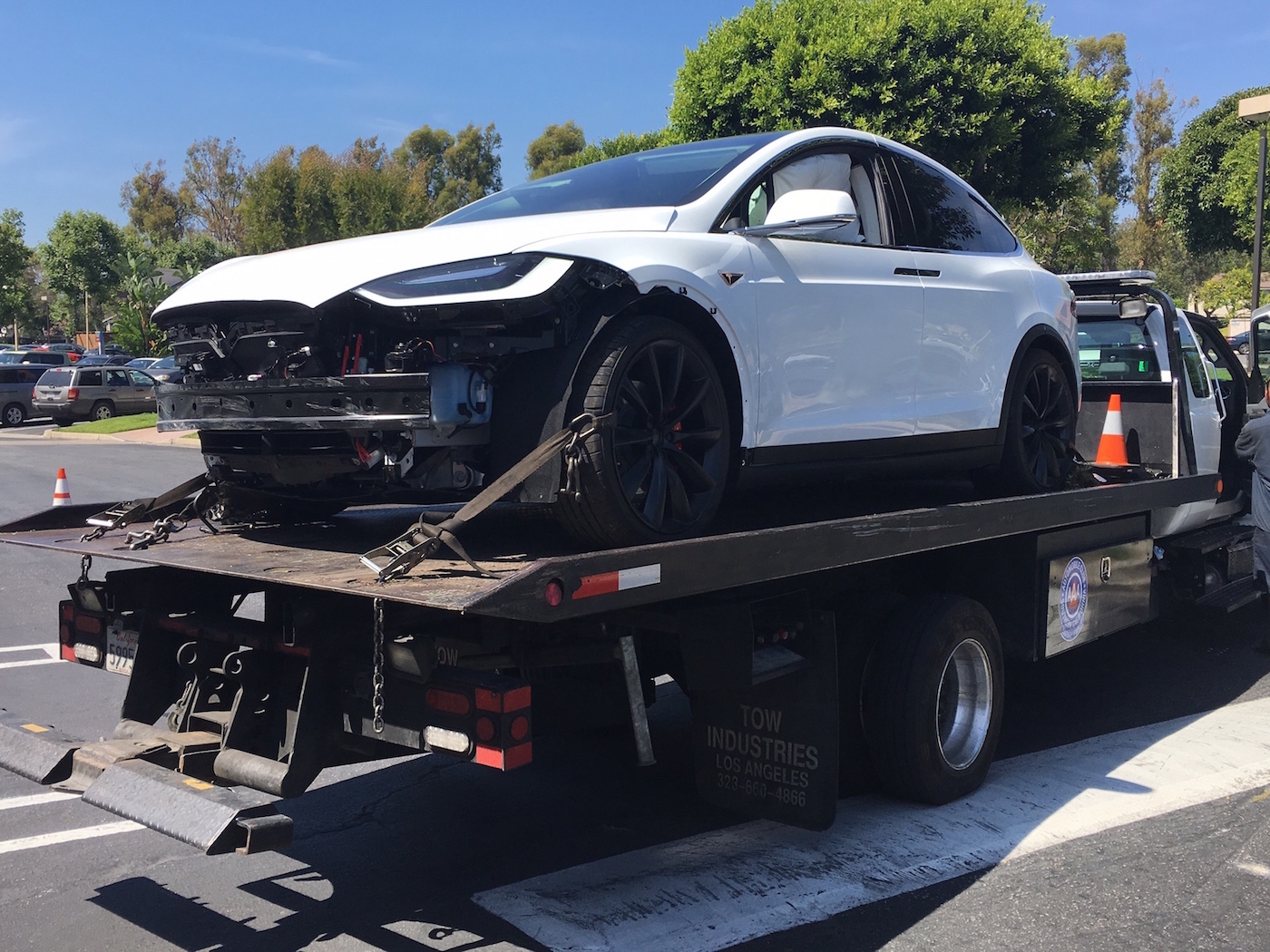 News of a Tesla owner claiming their five day old Model X “unexpectedly accelerated at high speed” presumably on its own before hopping a curb and crashing into a building has been circulating across the internet. We reached out to Tesla for comment after publishing the story.

A spokesperson replied back letting us know that the company had analyzed logs from the vehicle – now becoming a common practice when drivers claim their Tesla was the cause for their accident – and determined that the driver’s actions caused the accident.

Tesla released the following statement to us:

“We analyzed the vehicle logs which confirm that this Model X was operating correctly under manual control and was never in Autopilot or cruise control at the time of the incident or in the minutes before. Data shows that the vehicle was traveling at 6 mph when the accelerator pedal was abruptly increased to 100%. Consistent with the driver’s actions, the vehicle applied torque and accelerated as instructed. Safety is the top priority at Tesla and we engineer and build our cars with this foremost in mind. We are pleased that the driver is ok and ask our customers to exercise safe behavior when using our vehicles.”

This marks the fourth time within the past five weeks where Tesla has been accused of causing an accident due. Each time Tesla reviewed logs from the vehicle leading to a conclusion that the cause for the accidents were in fact due to driver negligence. The first incident saw a Model S owner claiming their vehicle automatically drove itself beneath a trailer after they had left their vehicle. It was later revealed that the owner accidentally activated the vehicle’s Summon feature. A second Model S owner involved in an accident blamed their Autopilot-enabled vehicle for not automatically braking itself.

As a note to all new and existing Tesla owners. One of the most amazing experiences with ownership is being able to experience new and exciting technologies released via the company’s unique over-the-air updates. Tesla is progressive in all that it does and part of being as such requires them to also engineer never-before-seen technologies, and then share these technologies with us owners. It’s one of the many reasons we’ve all come to love this company as validated by the nearly 400k reservations placed on the Model 3.

If you should happen to be involved in an accident with your Tesla. First and foremost, we wish you and all passengers are safe. You will be. After all you’re driving the safest car ever built in the history of cars. But before faulting the company for providing technological innovation, please take a moment to pause, reflect, and see if it might be you who just didn’t know what to do with it.