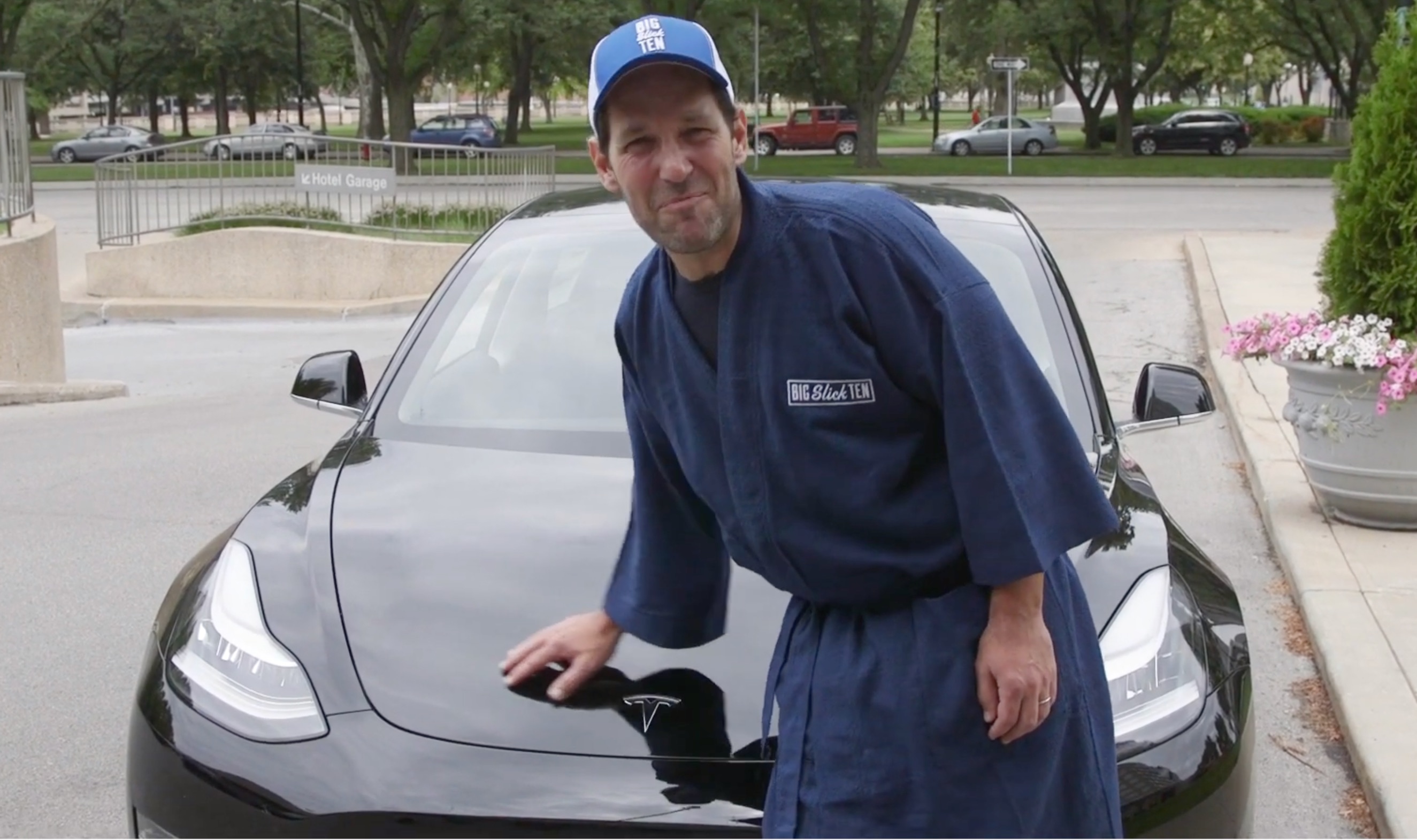 There have been a lot of Tesla giveaways, but this one takes the cake in terms of the most unique prizes that comes packaged with the all-electric Model 3. With the help of some celebrity friends, Ant-Man star, Paul Rudd of the Marvel cinematic universe is giving away a Model 3, packed full of one-of-a-kind memorabilia, including a signed mask from Rudd’s blockbuster superhero film.

Prizeo, a Los Angeles-based charity platform, is teaming up with Kansas City native Paul Rudd and Kansas City non-profit Big Slick to help the Cancer Center at Children’s Mercy. The hospital is ranked by U.S. News as “One of the Best Children’s Hospitals in the Country,” and helps over 2,000 kids a year, from birth to age 21, who are fighting cancer, sickle cell disease, and blood disorders.

Celebrities were challenged by one another to throw in some “Junk in the Trunk” in the Tesla Model 3, which includes a special, personal piece of memorabilia from each celeb. Paul Rudd will be giving the winner a mask from his superhero hit film Ant-Man, while “Horrible Bosses” star Jason Sudeikis, will toss in the fedora he wore to his senior prom into the brand new Model 3.

So why is Paul Rudd involved you might ask?

Big Slick started in 2010 when Rudd was called by his colleagues with the idea to host a poker tournament to benefit the patients at Children’s Mercy. As a father, Rudd was able to empathize with children and parents fighting diseases, and he decided to give back. Nine weeks later, the 1st Annual Big Slick Celebrity Weekend commenced and raised over $120,000. Since 2010, Big Slick has contributed more than $8 million to the patients at Children’s Mercy.

The winner of this year’s grand prize will take home a Midnight Silver Metallic Tesla Model 3 with 18″ Aero wheels, standard black interior, a 240-mile range, and a 140-mph top speed.

Don’t miss your chance to help a great cause by participating in this rare Tesla giveaway with celebrity junk in the trunk!

Paul Rudd’s camp, in working with Prizeo, reached out to Teslarati for help with raising awareness and funding for Children’s Mercy Hospital. There’s less than a month left before the Model 3 drawing. Every donation, big or small, goes to helping children with medical needs.