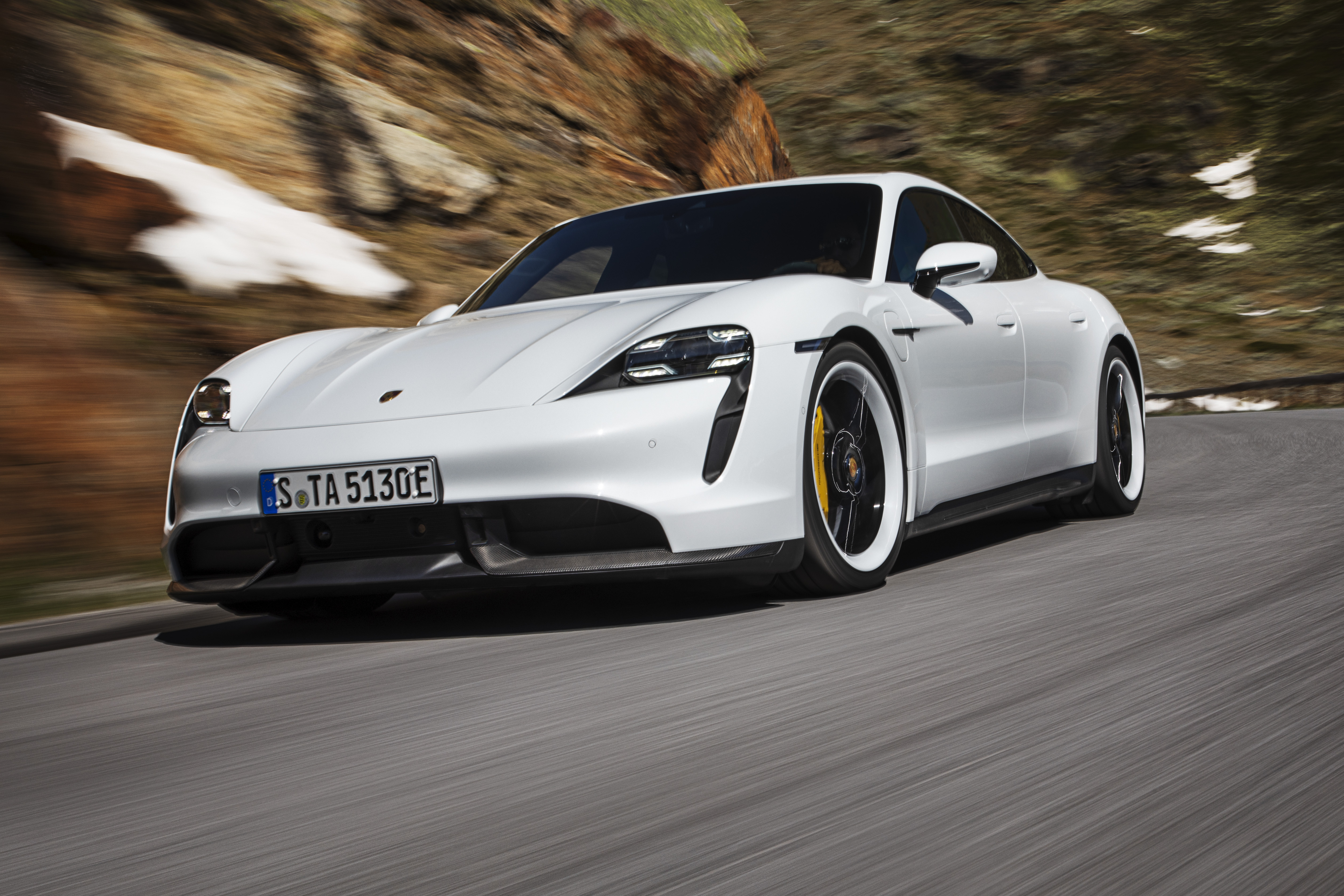 When Porsche launched the Taycan last year, its message was clear. It’s an all-electric performance car built for the track. You can take it with a battery half charged and you’ll still get the same level of performance you’d expect at full charge. At least that’s what Porsche promises.

DragTimes YouTube channel host and Tesla owner Brooks Weisblat recently put the Taycan Turbo’s repeatable performance claim to a real-world test. He took a Taycan Turbo and the more powerful Turbo S out on the track to see how they would perform launching from 0 to 60 mph and covering the 1/4 mile.

Weisblat specifically asked the engineers at Champion Porsche in Pompano Beach, FL to have both cars ready at full charge. However, while the Turbo had a 91% charge when he arrived, while the Turbo S was only at 57%. This presented a unique opportunity to test just how well the vehicles performed with such discrepancy in their battery levels.

At just a little bit more than half charge, the $185,000 Turbo S went from 0 to 60 mph in 2.67 seconds and ran a quarter-mile at 124 mph. It’s impressive for an all-electric vehicle but not so much for one housing the world’s first two-speed gearbox in an electric car.

“I kind of expected it to be a little better especially given it having the transmission,” Weisblat says. “I was expecting track speeds near 130 mph. The launch I wasn’t so sure because Porsche’s claiming it does 0 to 60 in 2.8 seconds.”

Previous testing done by DragTimes shows the Tesla Model S with a 96 percent charge can go from 0 to 60 mph in 2.45 seconds. That’s a couple of tenths of a second faster than the Turbo S, which has acceleration and speed advantages due to its two-speed transmission.

The Turbo, which has 90 less horsepower than the Turbo S, went from 0 to 60 mph at 2.8 seconds. It’s not as fast as the Turbo S but it’s nothing to scoff at. But here’s the kicker. After the first 60 mph, the Turbo S didn’t have much of an advantage over the less powerful Turbo. If the state of charge doesn’t matter as Porsche says, the Turbo should have at least similar or less performance.

But Weisblat’s testing shows the Turbo at 91% charge went from 60 to 100 mph in 8.41 seconds and took the 1/4 mile at 127 mph. That’s a whole 3 mph faster than the Turbo S, which was at 56% charge when testing began. Had both cars been raced against each other, the Turbo would have won hands down over the Turbo S. Weisblat also says that both Turbo and Turbo S used up about 2% of the battery after each 1/4 mile.

“State of charge does matter with the Porsche. There’s no question about it. Because the Taycan Turbo S sitting at 56 percent is tracking at 124 mph. The Turbo at 91 percent is going 3 mph faster. For those of you who don’t know about road racing or drag racing, that is a significant difference,” he said.

The results would have been different had both cars been charged fully. Weisblat estimates the Turbo S could go the 1/4 mile at 130 mph and launch from 0 to 60 mph at around 2.5 seconds so that it’s right in line with the Tesla Model S. However, he believes that the Turbo S would further drop to 7 seconds once it goes from 60 to 130 mph, just up to par with a Lamborghini Huracan. If so, he says the Model S could be “in trouble,” at least when you take it down to the race track.

To maintain these numbers, Porsche has to keep the Taycan’s battery at optimal temperatures using a unique battery thermal management system. Unfortunately, because the car relies purely on electricity, the Taycan uses up extra energy from the battery just to maintain its energy-intensive temperature control system.

It’s a double-edged sword, especially for an electric vehicle. Porsche had to sacrifice a few things in exchange for performance. A lot of people weren’t happy to hear that the EPA gave the Taycan Turbo S a range rating of 192 miles. The Taycan Turbo didn’t do much better at 201 miles, which is 182 whole miles less than the 373 miles of the Model S Long Range.

But then again, the Taycan isn’t exactly made for most people. In fact, with a six-figure price tag and the Porsche logo on its hood, it’s not even made for mainstream EV buyers. And it’s a good thing for the electric car market as a whole.