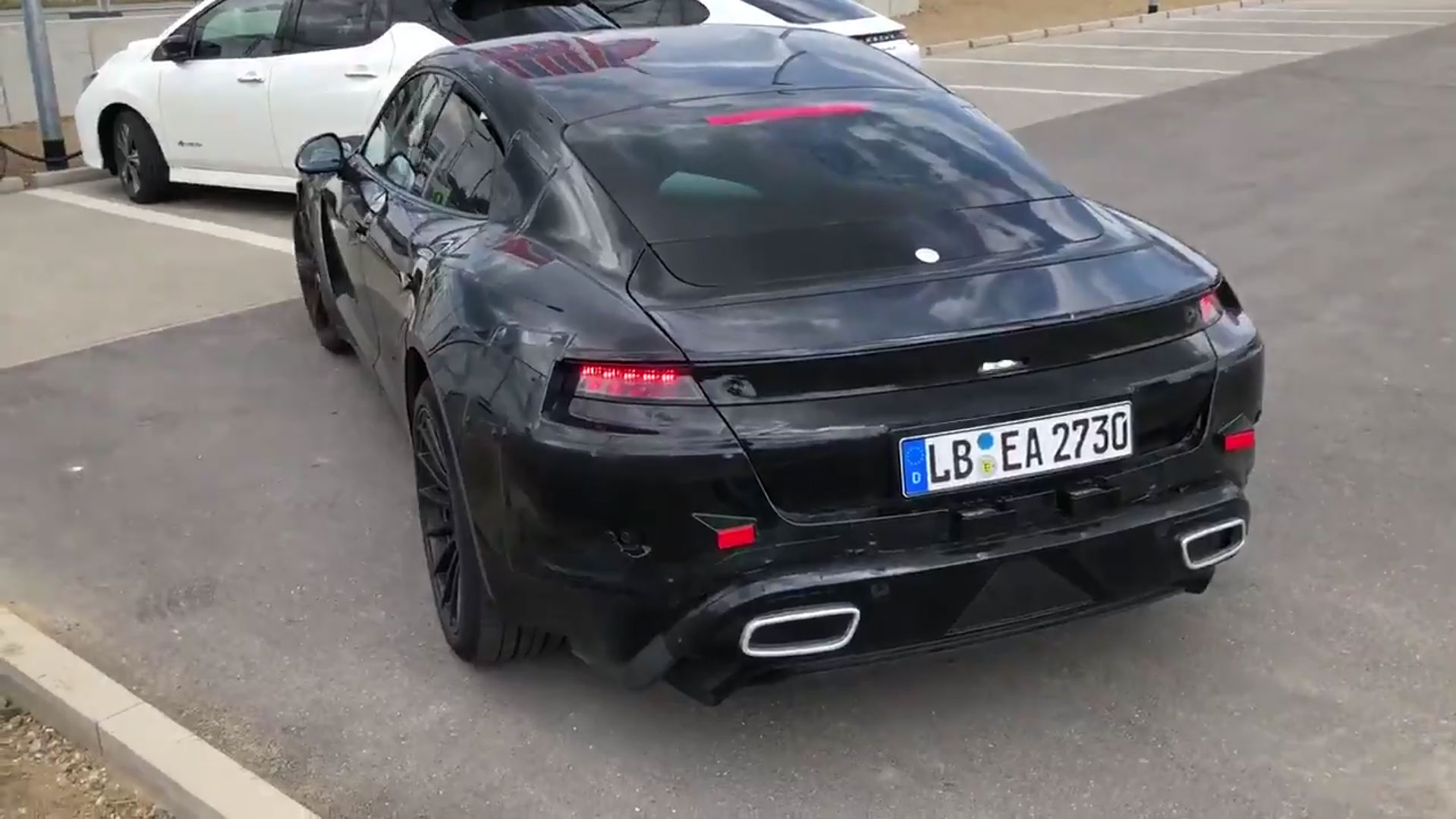 Porsche has not yet unveiled the production version of the Taycan yet, but the company has already started promoting the vehicle. Pre-orders for the Taycan have already begun in several territories including the United States, and Porsche has also released detailed information about the upcoming sedan. The German legacy automaker recently posted another tease of the vehicle on social media as well, sharing a picture of three camouflaged Taycan prototypes being tested in the wild.

With huge torque from a standing start, the Taycan – seen here in camouflaged prototype form – goes from 0-62mph in 3.5 seconds. pic.twitter.com/xcWlfO7mfx

The specs of the Taycan show that Porsche is serious about its first efforts at producing an all-electric car. Size-wise, the Taycan is expected to be somewhere between the Panamera and the 911, making it a rival to the industry-leading Tesla Model S. The electric car is equipped with two permanently excited synchronous motors (PSM) that produce a combined 600 hp (440 kW). The performance of the Taycan is noteworthy as well, with a 0-60 mph time of 3.5 seconds, a top speed of 155 mph, and a range of ~310 miles per charge.

Fans of Porsche were also treated to an extensive sighting of the vehicle this Wednesday, with electric car enthusiast @ZoePionierin sharing some images of the car as it was charging at a CCS station in Germany. One of the pictures uploaded even gave a sneak peek at the vehicle’s frunk, as two individuals — presumably Porsche engineers — conducted what appeared to be an inspection under the car’s hood. The Taycan’s frunk was only partially visible in the shared image, but based on the angle the photo was taken from, the frunk appears to be a bit smaller than the one found in the Model S. The electric car enthusiast later mentioned that the Taycan test mule has charging ports on both sides of the vehicle, and that the interior seems to have an LCD display.

Inasmuch as the images of the Taycan are compelling, a video taken of the vehicle as it left the parking lot is even more interesting. The video captured the Taycan prototype as it backed up and drove off the lot, in what could very well be the closest look yet at the prototype’s design. While the production version of the electric car would feature a different design from the test mule, some of its general elements, such as its wide and well-planted stance, would likely make it to the vehicle’s the final iteration.

Porsche’s push for the Taycan is starting to bear fruit, with the automaker revealing last month that the number of pre-orders for the all-electric car have been very encouraging. The legacy automaker plans to build the Taycan in a facility located at Zuffenhausen, a suburb in Stuttgart, Germany — the same factory where it manufactures the Porsche 911, 718 Boxster, as well as the 718 Cayman. Porsche is currently looking into improving the Zuffenhausen plant to support the Taycan’s initial target production of 20,000 units per year, which is expected to begin sometime next year.