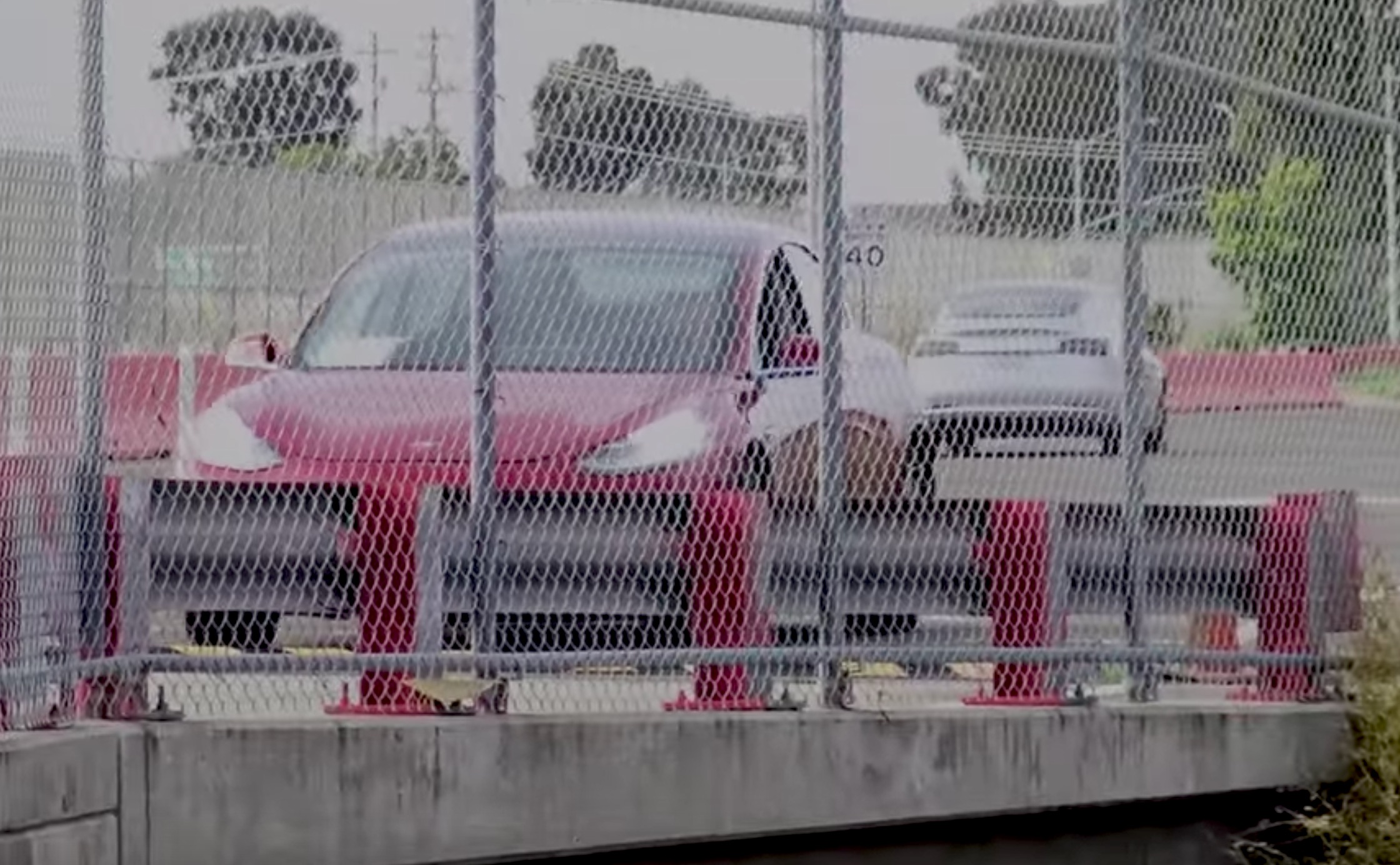 Tesla continues to put its upcoming Model 3 through its paces at the Fremont factory test track. We recently revealed that a blue Model 3 was spotted presumably suspension testing at the former GM and Toyota test track, and now have a new video that captures a red and silver Tesla Model 3 performing similar tests at the facility.

Trevor Page of Model 3 Owners Club shares with Teslarati arguably one of the highest quality videos we’ve seen to date of the Model 3. Granted the video was taken on public property behind the track’s chain-link fence, it nevertheless highlights the Model 3’s design cues set forth by Tesla Design Executive Franz von Holzhausen in stunning detail.

In the video one can see the red Model 3 testing its coil over suspension as it drives over a pair of speed bumps. The silver Model 3 is also spotted performing what appears to be a turning radius test, before taking on a slow speed test on the banked oval.

Check out the full video provided to us courtesy of Model 3 Owners Club.

A flyover video of the Gigafactory taken in May reveals that the massive battery factory, which will also be producing the Model 3 motor and drivetrain, has begun construction on a new “Section G”.

“We are still less than 30 percent done. Once complete, we expect the Gigafactory to be the biggest building in the world.” said Tesla earlier this year when it announced that it had begun production on the 2170 battery cells for its line of energy products.