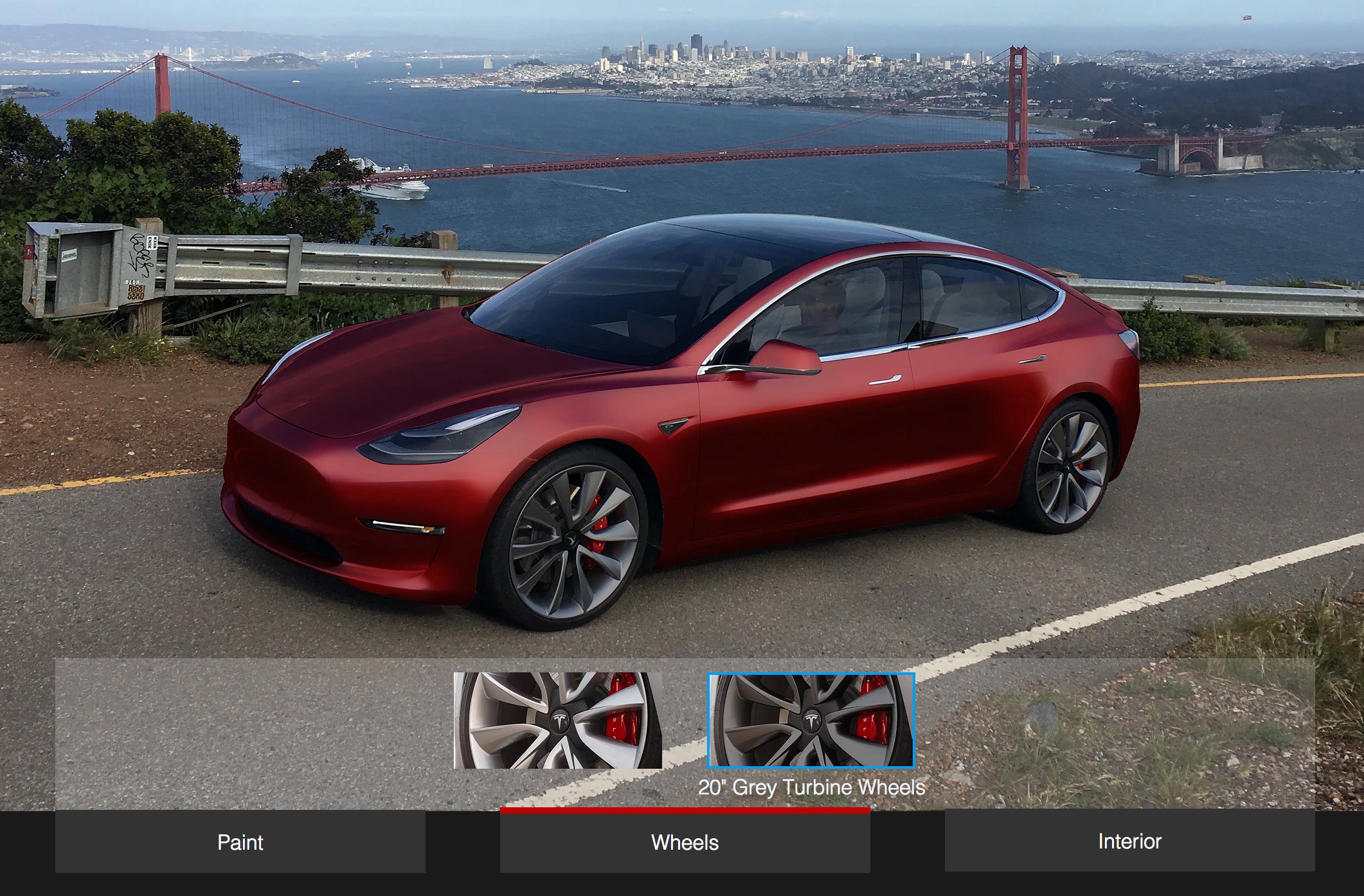 Tesla CEO Elon Musk revealed new details about the upcoming Model 3 Design Studio, saying that it will go online by the end of July and the initial version of the configurator will be very simple. The announcement made by the serial tech entrepreneur during the Q&A portion of the 2017 Tesla Shareholder Meeting was in response to a question asked on Twitter by Wade King: “When will the model 3 configurator go live?”

When will the model 3 configurator go live?

“Definitely on track to deliver the first Model 3 next month.” said Musk, adding “We’ll have the configurator go live right at that point.”

However, Musk told the audience of Tesla shareholders not to expect a whole lot of Model 3 configurable options in the beginning, citing that it was a big mistake to roll out Model X with as many configurations as they did.

Musk says that having a limited number of configurable options for its first mass market electric car in the beginning is “critical to achieving a rapid production ramp”. The initial version of the Model 3 Design Studio will have options to select paint color and wheel size. Musk did not mention anything about battery pack capacities which is expected to come in two sizes: a 60 kWh battery and a longer range 75 kWh pack.

“It’s kinda gonna be like what color do you want, and what size do you want? That’s basically gonna be the configurator” says Musk about the upcoming Model 3 Design Studio. Tesla’s recent specifications sheet comparing Model S vs. Model 3 revealed the choice of an 18″ or 19″ wheel for Model 3.

Initial buyers of the single motor RWD version of Model 3 will be given a limited number of choices to select from, but those looking for the dual motor variant and Performance version of Model 3 will eventually be able to see it within the Design Studio. Musk indicated that dual motor versions will not arrive until, optimistically, at the end of the year but more likely in the beginning of 2018.

“We’ll show what other versions are coming later as soon as we get configuration 1 right but with a timeline for each configuration.” said Musk. “I wouldn’t worry too much about the configurator. Because all you have to decide is what color do you want, and what size wheels.”