Rich Benoit of the popular YouTube channel ‘Rich Rebuilds’ has a reputation for breathing life into Tesla’s electric cars long after the company left them for dead. However, his most recent project has him playing Dr. Frankenstein (electricity inference intended) on a different kind of vehicle altogether: A classic Model A Rat Rod. Using his electric vehicle know-how and gearhead ambition, Benoit is converting the Model A to run off the power of an electric motorcycle.

As part of a detailed video exploring electric vehicle (EV) conversions posted on his YouTube channel called, “The UGLY Truth Behind Electric Vehicle Conversions,” Benoit removed the Chevy 305 engine from a 1930s Model A Rat Rod he’d purchased for his own attempt. Since using Tesla replacement parts for the car would be incredibly expensive, he decided a budget EV conversion using junk parts would be a better route to take for the sake of his and his audience’s wallets. Then, as part of a separate effort, Benoit purchased a salvaged Zero motorcycle for $3,200 intended for restoration, much like his Tesla salvage projects. Unfortunately, he gradually became uninterested in the project for both personal and practicality reasons thanks to the condition of the bike.

The motorcycle and the Model A combination eventually became Benoit’s new source of project inspiration, and he’s currently in the process of combining the Rat Rod body with the electric motor parts of the motorcycle. In a video released today titled, “I’m building the most BIZARRE electric vehicle conversion,” Benoit revealed the process taken to create an adaptor plate to mount the electric motor to the Model A’s transmission and a coupler to connect the motor shaft to the transmission. 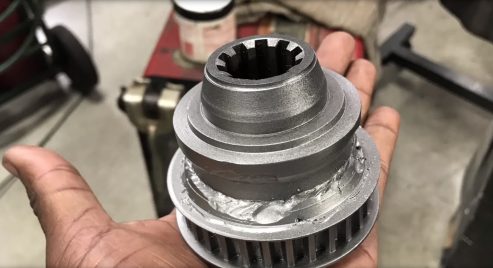 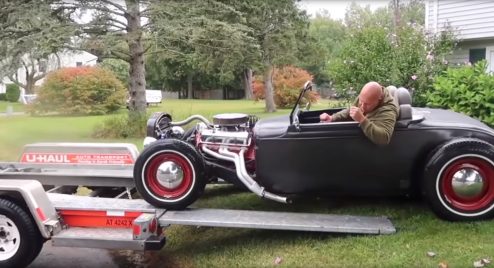 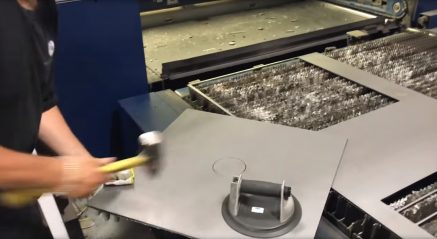 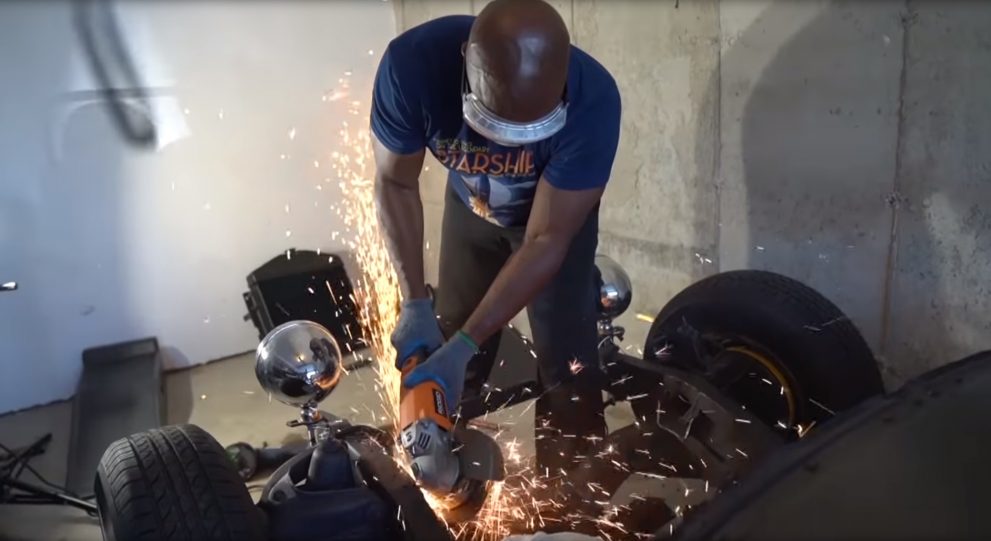 Although at first glance, a hot rod conversion might seem unusual for a private mechanic who built a reputation on raising the ire of the best selling electric vehicle brand in the world, Benoit is really following the latest trend in the DIY automotive crowd. While discussing his Tesla projects with Joe Rogan on The Joe Rogan Experience podcast in April, Benoit described the value of Tesla parts from salvaged vehicles.

“They’re so valuable, man, because…you know why?” he explained. “The battery technology and the motor technology Tesla’s using, everyone’s just dying for that stuff, man.” Rogan then asked whether those electric car parts were put into older vehicles, and a resounding ‘yes’ was the answer from Benoit. “Absolutely. It’s the new generation of hot rodders.”

A number of electric conversions have made headlines in the last few months, including a Ford Mustang, F-150, and a Porsche 912. One shop, in particular, EV West in San Marcos, California, has turned the hobby into a profitable art form with well-engineered conversions of classic cars for customers around the country. The popularity of the hobby has even led EV West to develop a conversion kit product line. Of course, the spirit of Rich Rebuilds is decidedly unenthusiastic about the kind of money involved in an off-the-shelf conversion, hence the budget Rat Rod approach.

Benoit has worked on a Tesla-specific conversion himself recently alongside another famous YouTube personality, Simone Giertz. Together with a few other knowledgeable collaborators, Giertz and Benoit converted Giertz’s Tesla Model 3 into a pickup truck aptly named the “Truckla.” The Rich Rebuilds star was specifically tasked with building the truck bed and working on its high voltage components, safety systems, and other electronic features.