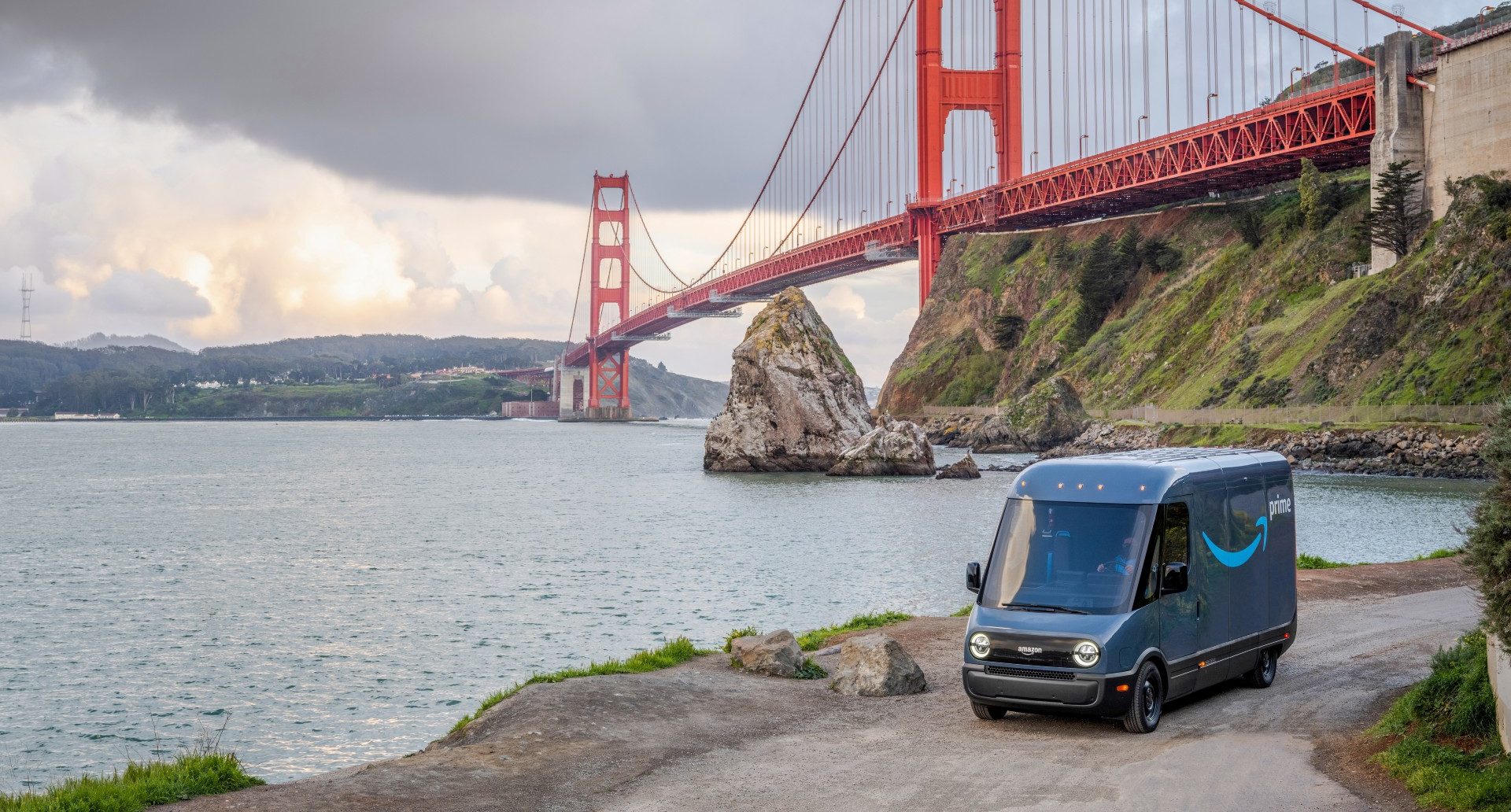 Amazon customers had their first run-ins with the Rivian delivery van on February 3rd in Los Angeles when the highly-anticipated battery-powered vehicle made its first package deliveries. With plans to expand deliveries to 16 cities by the end of 2021, Rivian’s Amazon van is now in the Bay Area, where the e-commerce giant is testing the vehicle’s capabilities in some of the more challenging areas to deliver packages: densely-populated cities.

“From what we’ve seen, this is one of the fastest modern commercial electrification programs, and we’re incredibly proud of that. As we continue to grow and invest in California, we want to do so responsibly, so we’re excited for customers in the Bay Area to see these vehicles cruising through their neighborhood.”

In September 2019, Amazon CEO Jeff Bezos announced that his e-commerce company was planning to purchase 100,000 all-electric vans from Rivian to reduce the carbon footprint from driving gas-powered vehicles. Amazon is one of Rivian’s largest investors, funneling in a $700 million investment in February 2019. Development of the delivery vans began shortly thereafter, and the vehicle was unveiled in October 2020. It has a range of 150 miles per charge and is outfitted with safety optimizations and other features to enhance the driver experience.

Current delivery drivers who are operating Rivian’s all-electric van have been specially trained to operate the vehicle, Amazon told Teslarati in a statement.

“Richmond is a regional and state leader for climate action, including the creation of green jobs and infrastructure, the implementation of a robust climate action plan, the signing of the Paris Agreement in 2016, and much more,” City Mayor Tom Butt said. “It’s fitting that Amazon’s new electric delivery vehicles are being rolled out in the Bay Area from Richmond, and I congratulate the company for making this important advancement in reducing carbon emissions from commercial vehicles,”

Amazon also plans to launch deliveries from other sites in the Bay Area shortly. The company does utilize thousands of electric delivery vehicles worldwide already, but it is also working to update delivery centers so they are suitable for servicing electric vehicles. Last year, Amazon delivered more than 20 million packages to customers in North America and Europe using EVs.